Jumping all over the place but...i cannot find any info on how to read a switch arrangement layout. Can someone school me on this???

No tips on that diagram, huh?

Payed anothe visit to the @kungfutoast garage where we made some tabs for the battery box.

And the bottom of the box. Things are shaping up nicely! 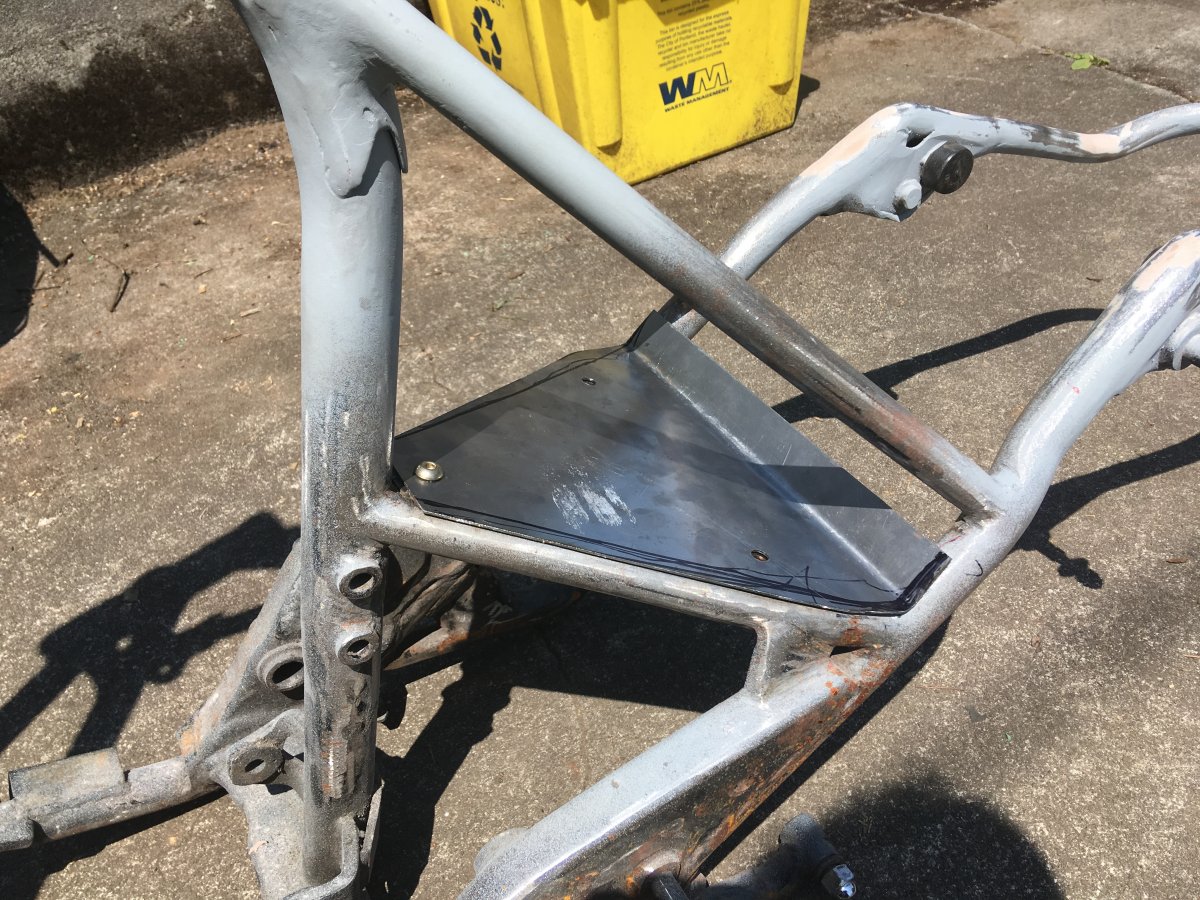 B_Crabaugh said:
No tips on that diagram, huh?
Click to expand...

That's what's called a "truth table".
And that one's screwy.
In the middle position, both hi and low beam are on.

Dunno what DY and SE mean...

TwoManyXS1Bs said:
That's what's called a "truth table".
And that one's screwy.
In the middle position, both hi and low beam are on.

Dunno what DY and SE mean...
Click to expand...

Truth table! That is very helpful! Now I can look it up and figure out how to read it! DY= dynamo, SE= selenium rectifier. This is from my honda sl125 wiring diagram.

Oh, a Honda. Many of the early Hondas split the output of the stator, so that one winding provided charging during "daytime", then 1 or 2 more windings would connect-in (in the headlight switch) for "nighttime" mode...

TwoManyXS1Bs said:
...That's what's called a "truth table".
And that one's screwy.
In the middle position, both hi and low beam are on...
Click to expand...

Studying that thing again, I think the middle row is showing the switch's interconnects during the transitions between hi and low beam. Maybe the "I" means Intermediate. Note that both hi and low are connected to "IG" (ignition) during transition, which would prevent momentary headlight blackout during the hi/low switching, much safer.

If you've ever shopped for rotary switches (like old TV channel selector switches), you'd see that they are offered as either "shorting" or "non-shorting", which really confuses the uninitiated. The "shorting" vs "non-shorting" in those switches simply indicates how the switch manages the transitions. 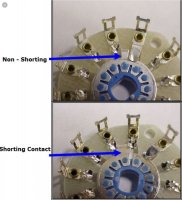 TwoManyXS1Bs said:
Studying that thing again, I think the middle row is showing the switch's interconnects during the transitions between hi and low beam. Maybe the "I" means Intermediate. Note that both hi and low are connected to "IG" (ignition) during transition, which would prevent momentary headlight blackout during the hi/low switching, much safer.

If you've ever shopped for rotary switches (like old TV channel selector switches), you'd see that they are offered as either "shorting" or "non-shorting", which really confuses the uninitiated. The "shorting" vs "non-shorting" in those switches simply indicates how the switch manages the transitions.

That is a great explanation. I still have much to learn when it comes to wiring, switching, etc. I got the charging system figured out but I thing my headlight switch is toast.

There has been some great progress with the XS! I cleaned the frame, then hit it with a can of self-etching primer in my fancy spray booth. 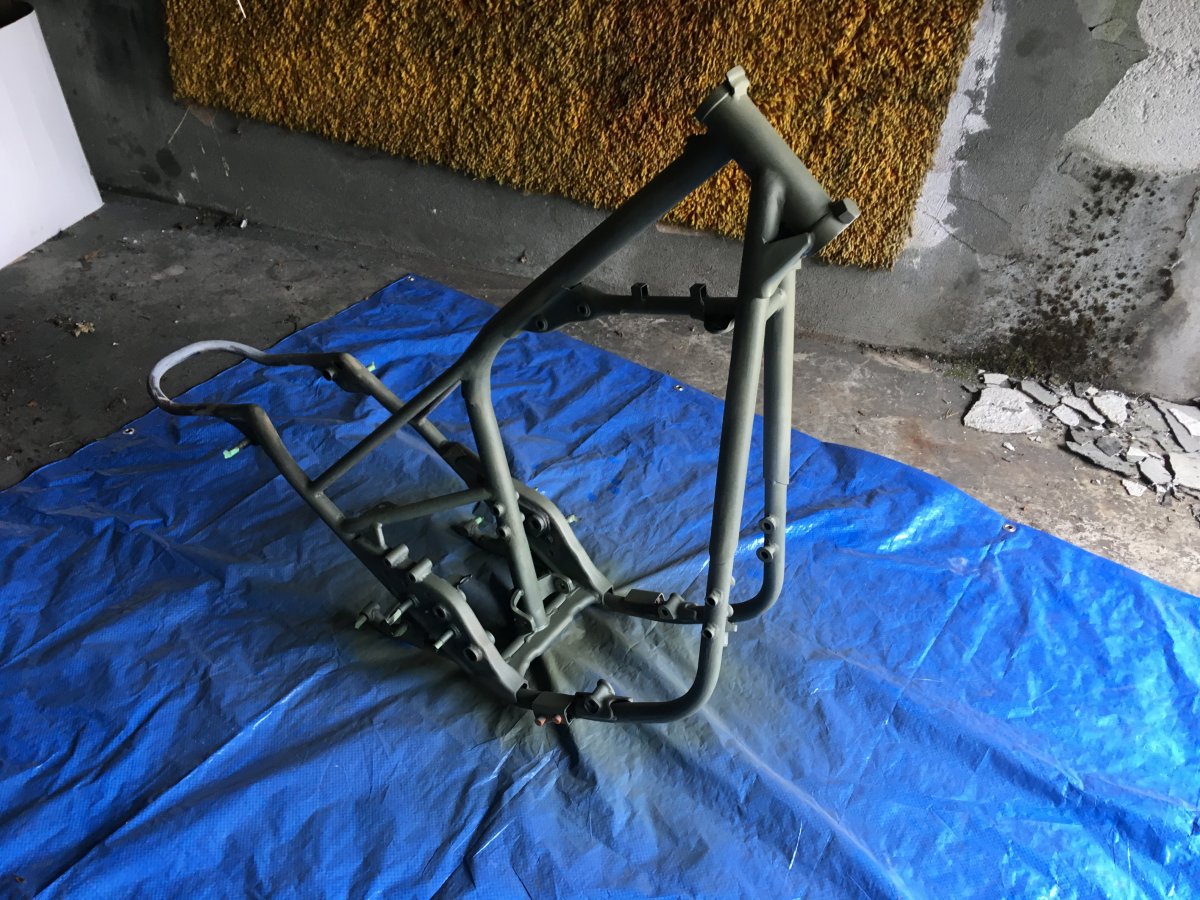 Then I hit it with a can of black sandable primer. Didn’t need to sand anything as I took my time using thin coats. 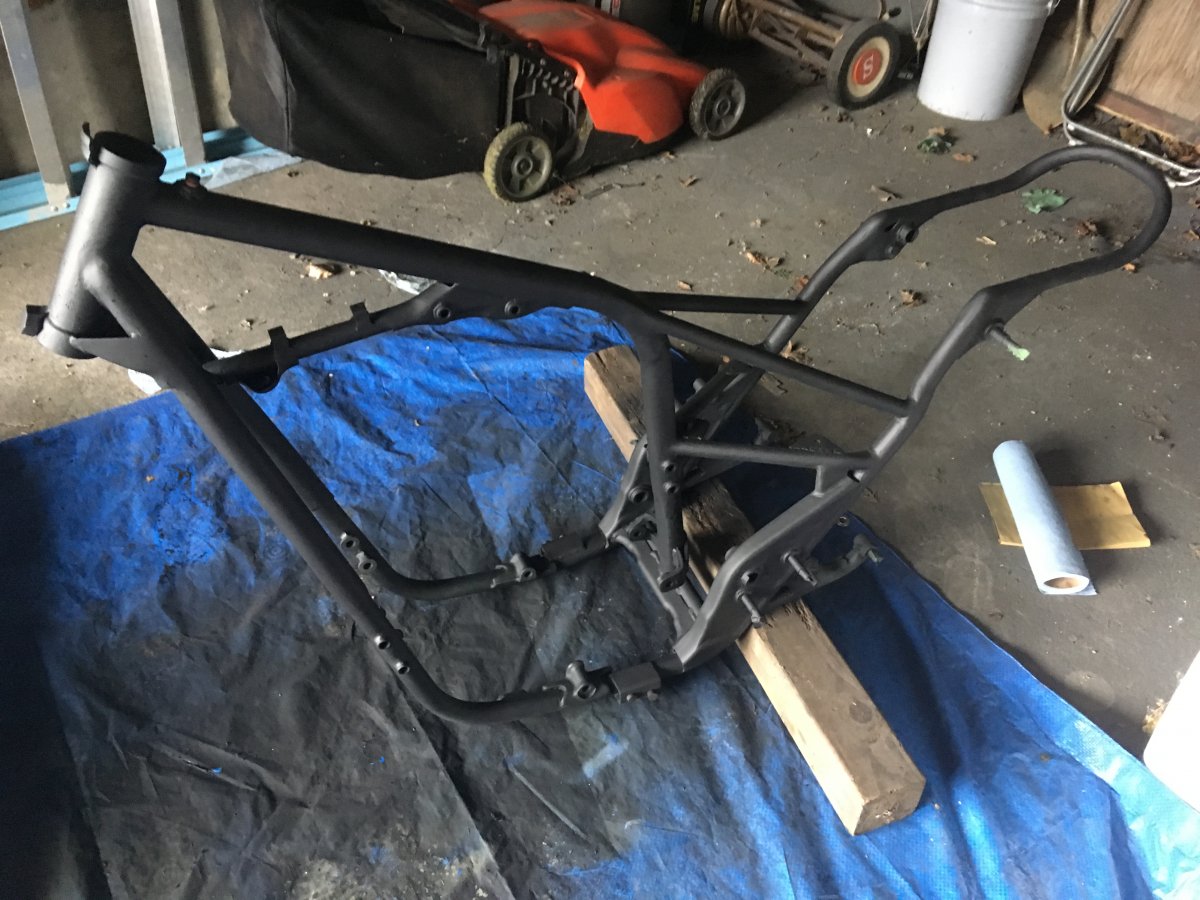 Then I used a can of vht roll bar and chassis pain. I LOVE this stuff. The finish is just a little glossy. 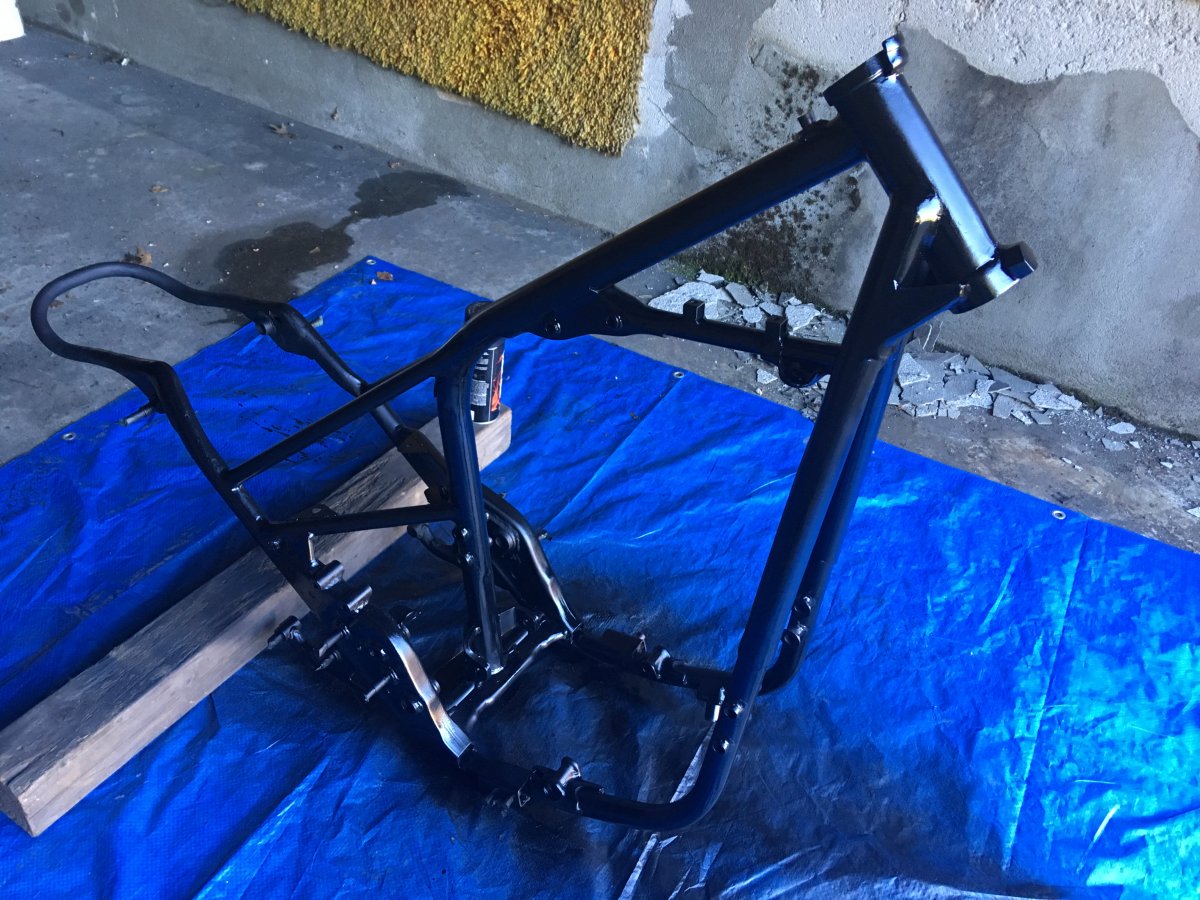 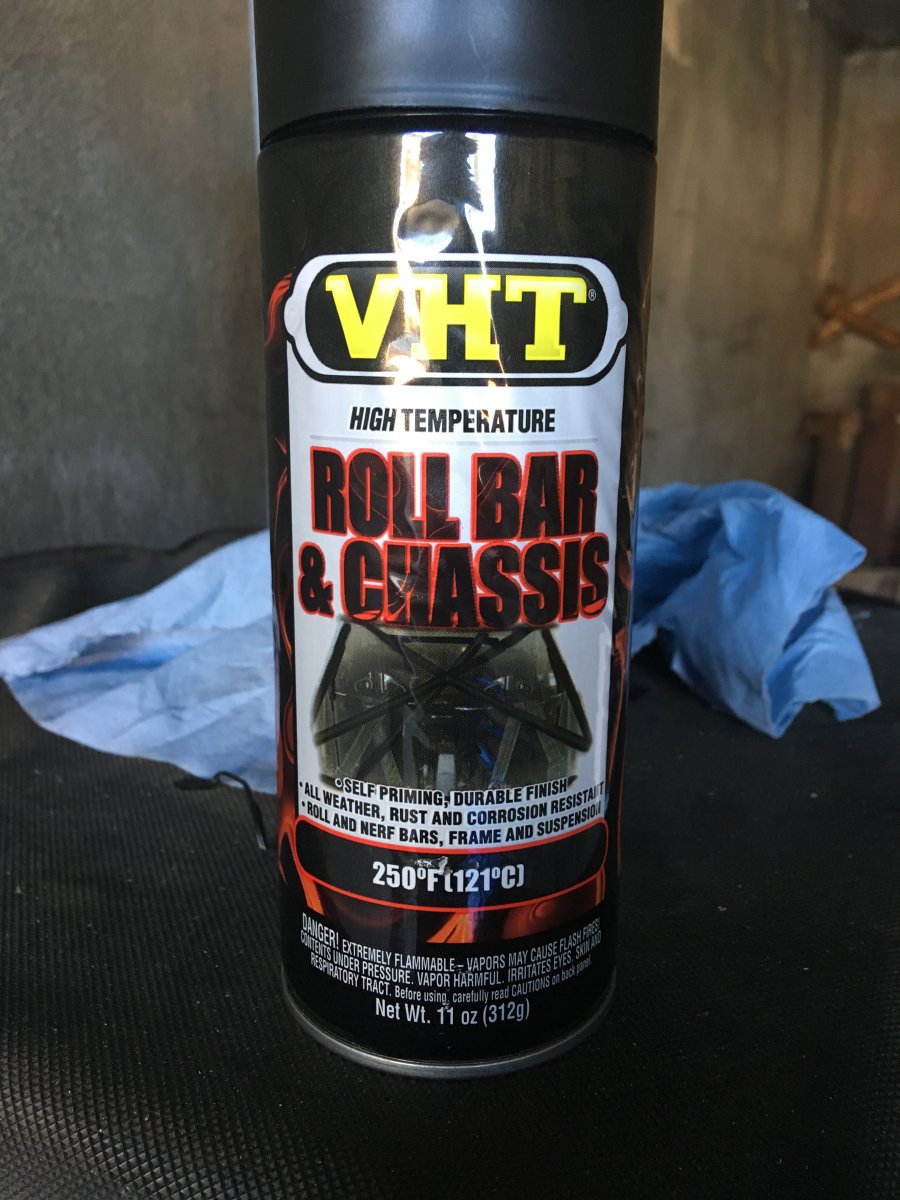 I let it sit for a day and couldn’t wait to put the motor back in. I did the ol’ lay down a blanket (or old sleeping bag and tarp) and rest the motor on it’s right side and law the frame over it method. You MUST pull the left case cover off for the frame to fit over the engine. It was pretty heavy and awkward doing this alone on a slanted driveway, but it worked well! 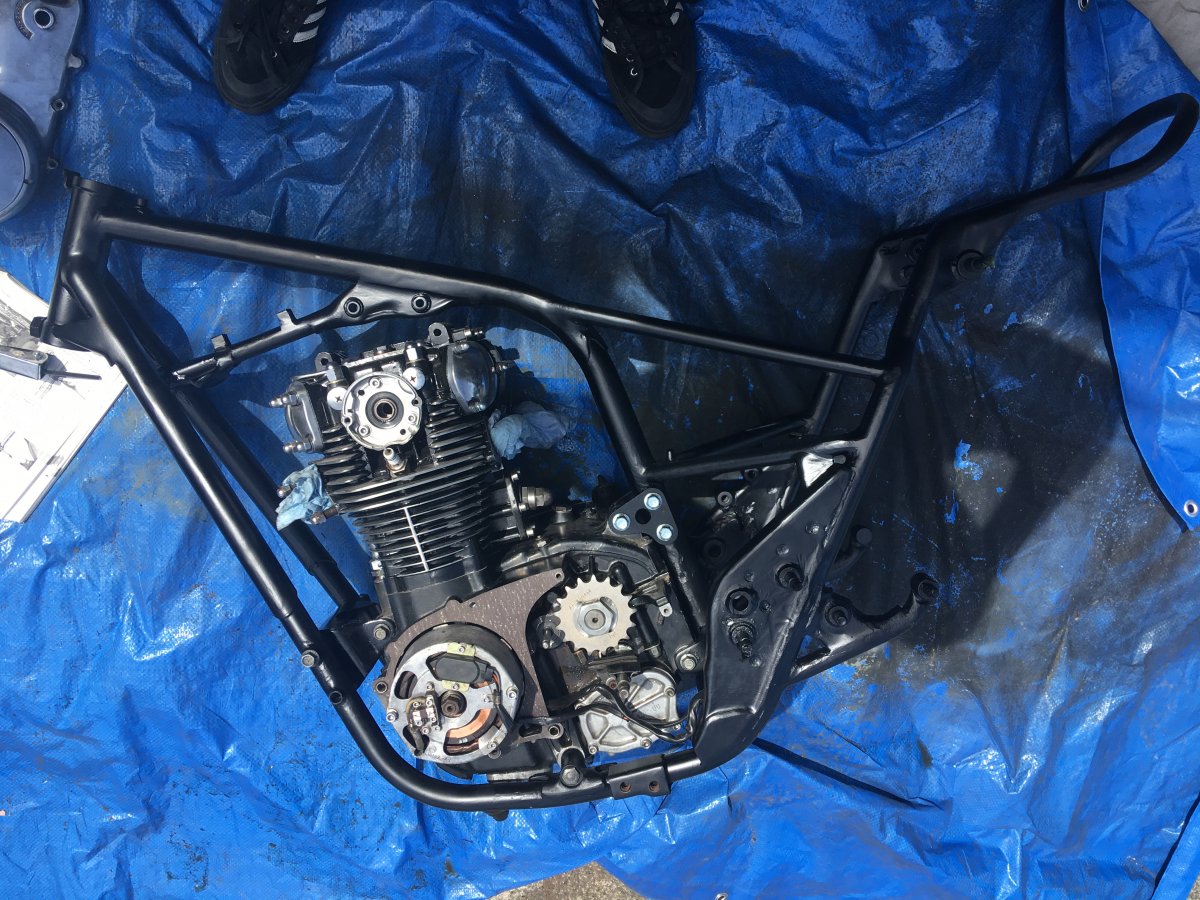 I snugged the bolts in finger tight before lifting the frame and motor onto a little rolling cart. I scuffed up the inside of the neck with sandpaper and hammered in the new tapered bearing races with an old race and a piece of pvc pipe. I opted to freeze the bottom triple tree and install the lower tapered bearing with light taps with a drift and hammer. Worked great. Cleaned and greased the hell out of everything and slide it on home. 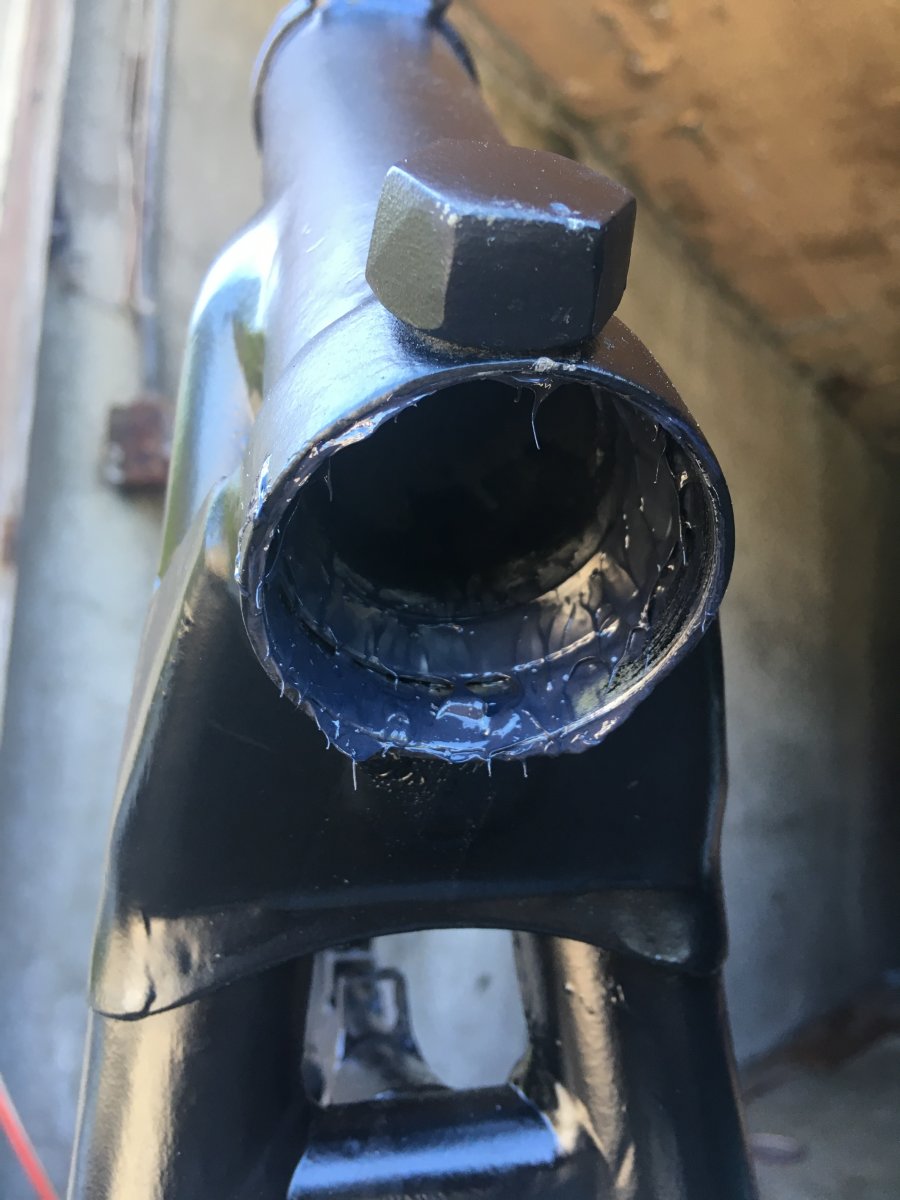 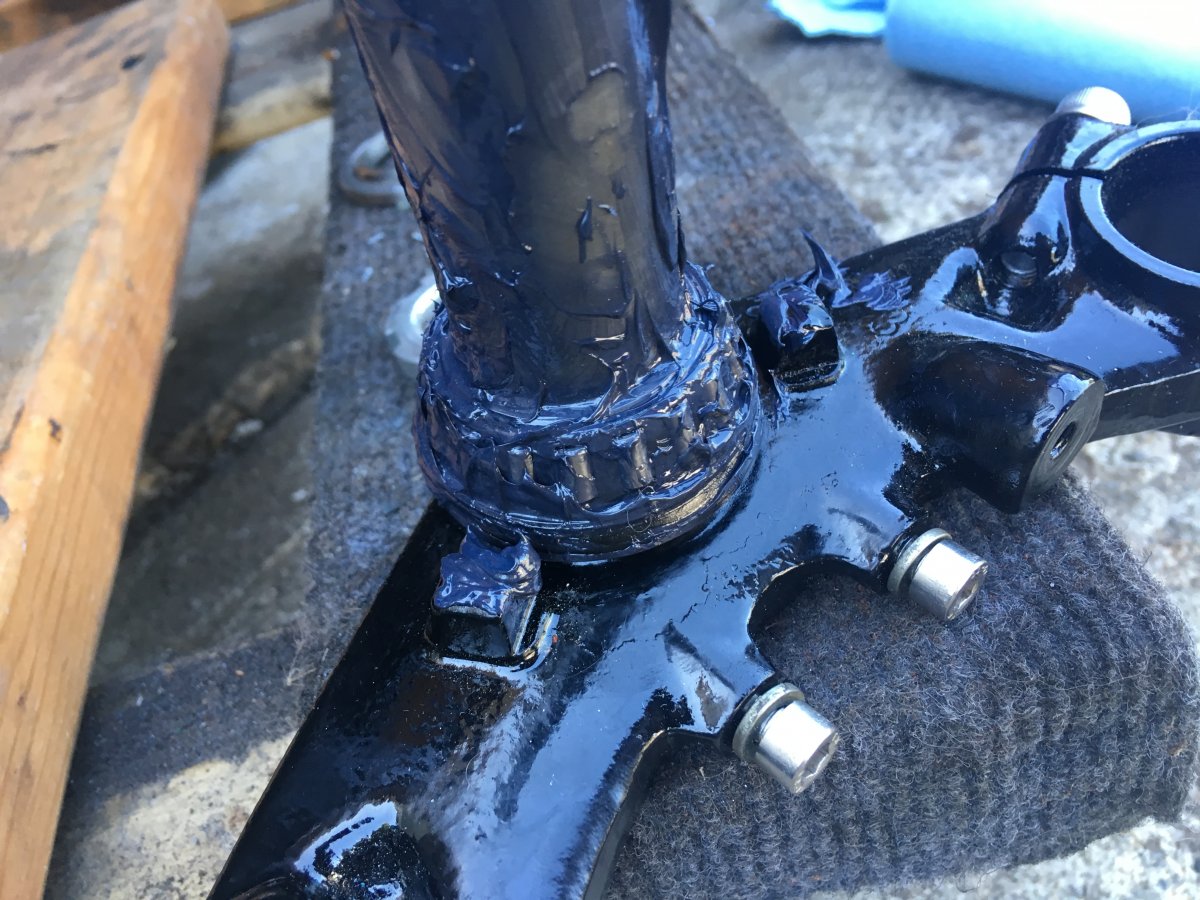 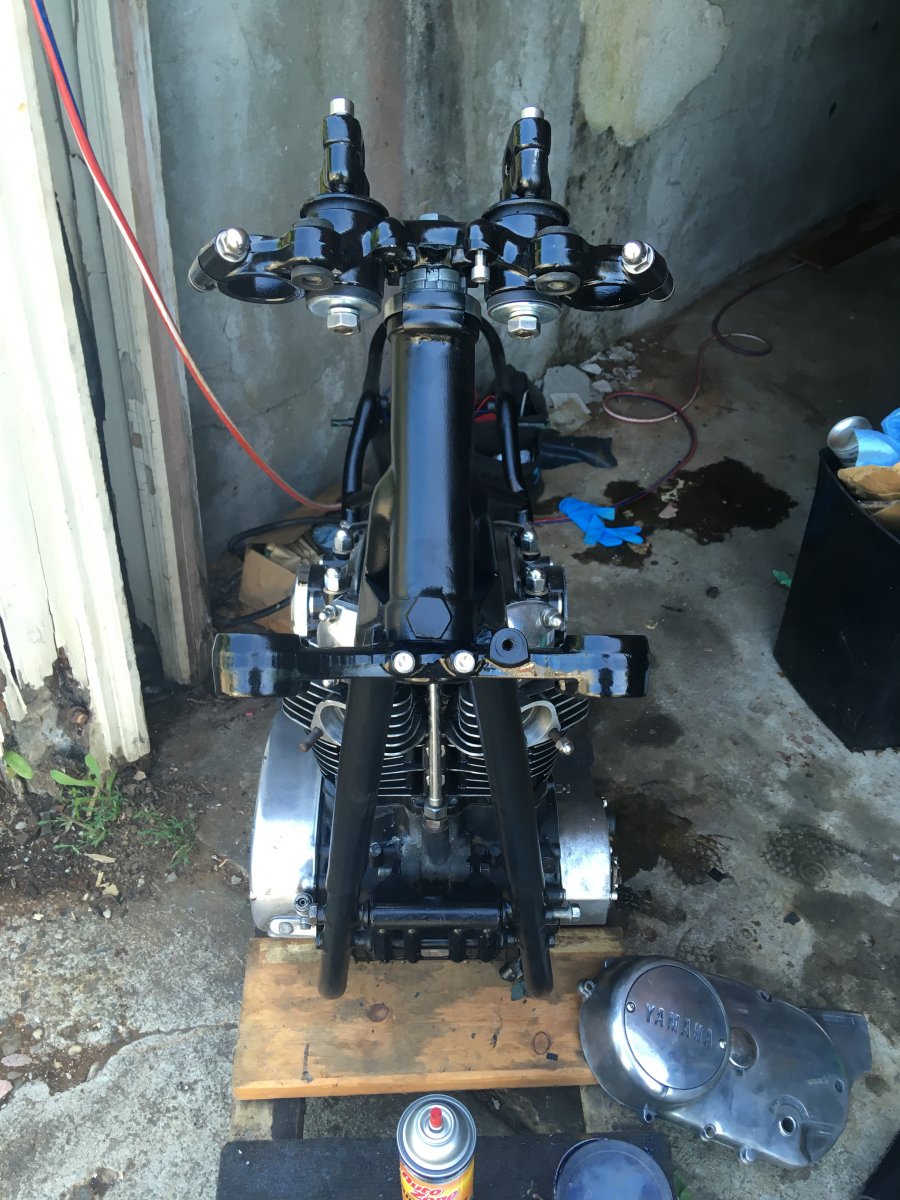 Threw the tank and forks in and this thing is starting to look like a motorcycle again! So stoked! 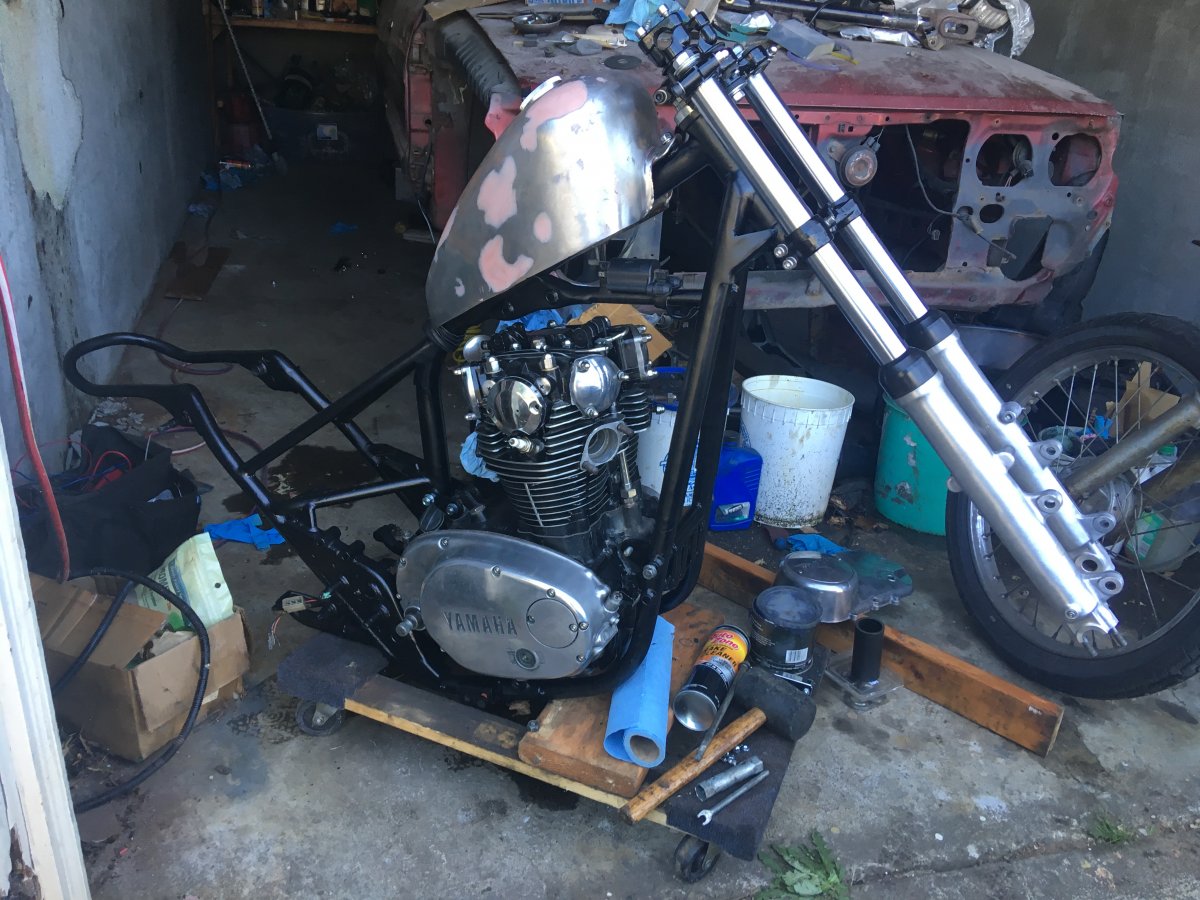 Made some brackets for my headlights to utilize existing holes and man do I love ‘em! The top is sheet steel and the bottom is a chopped up finishing joiner. Both spray painted. 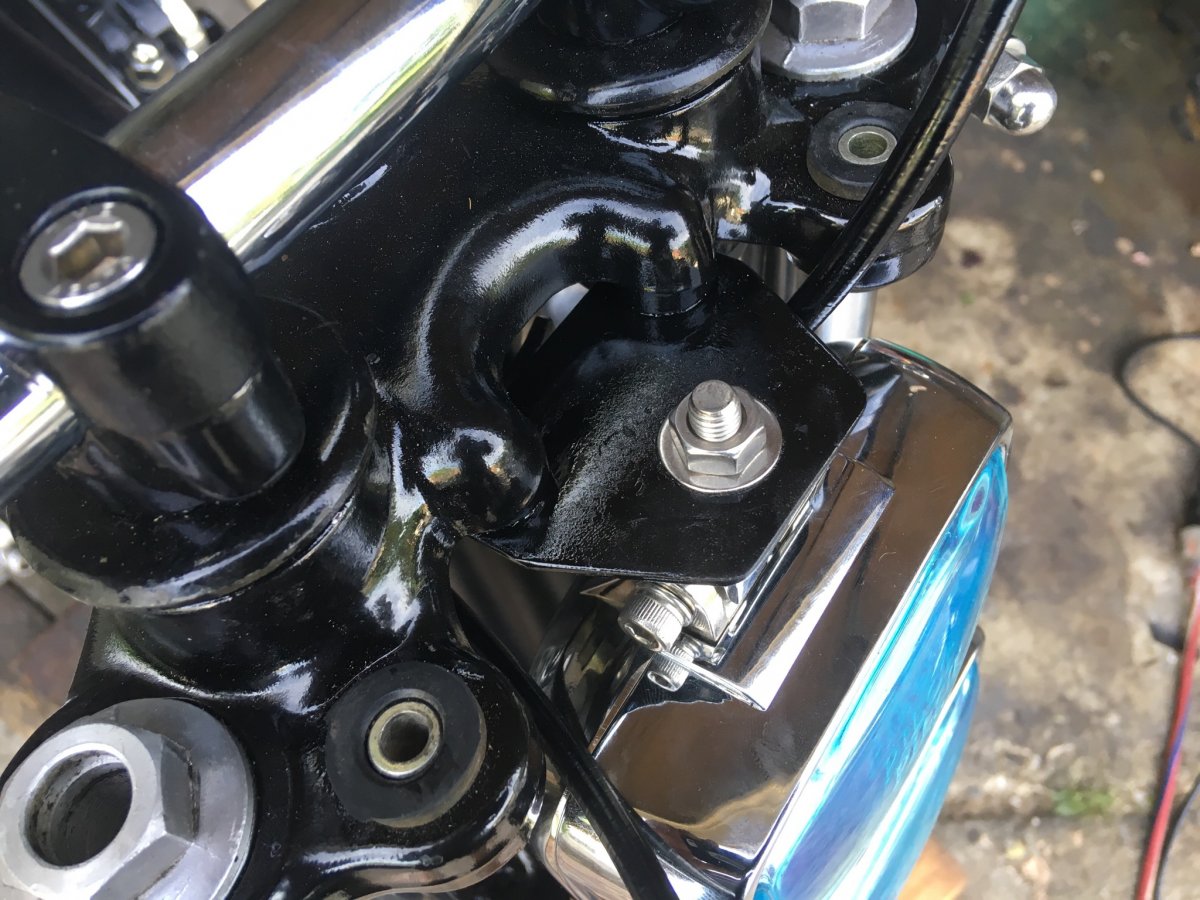 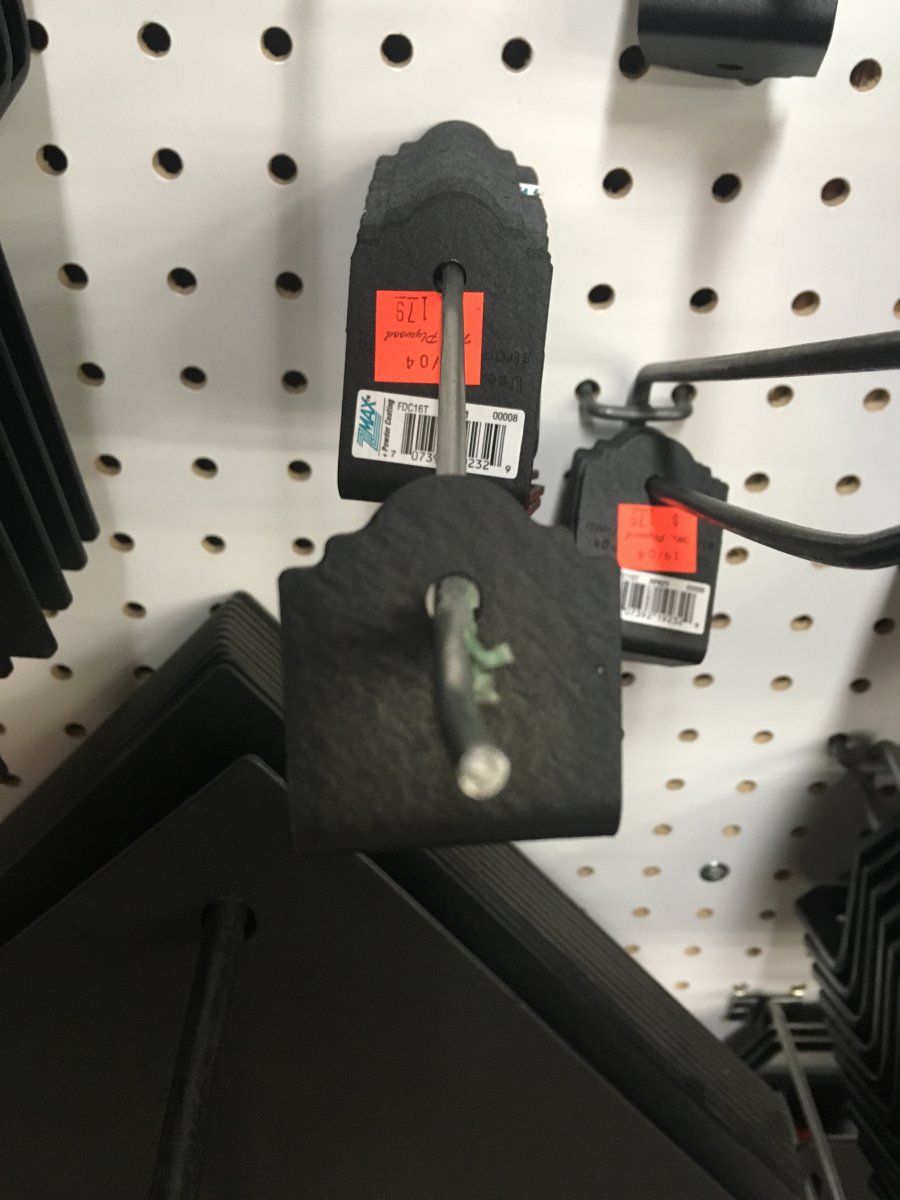 Got the bars, controls, grips and cables on (not to the case yet)! 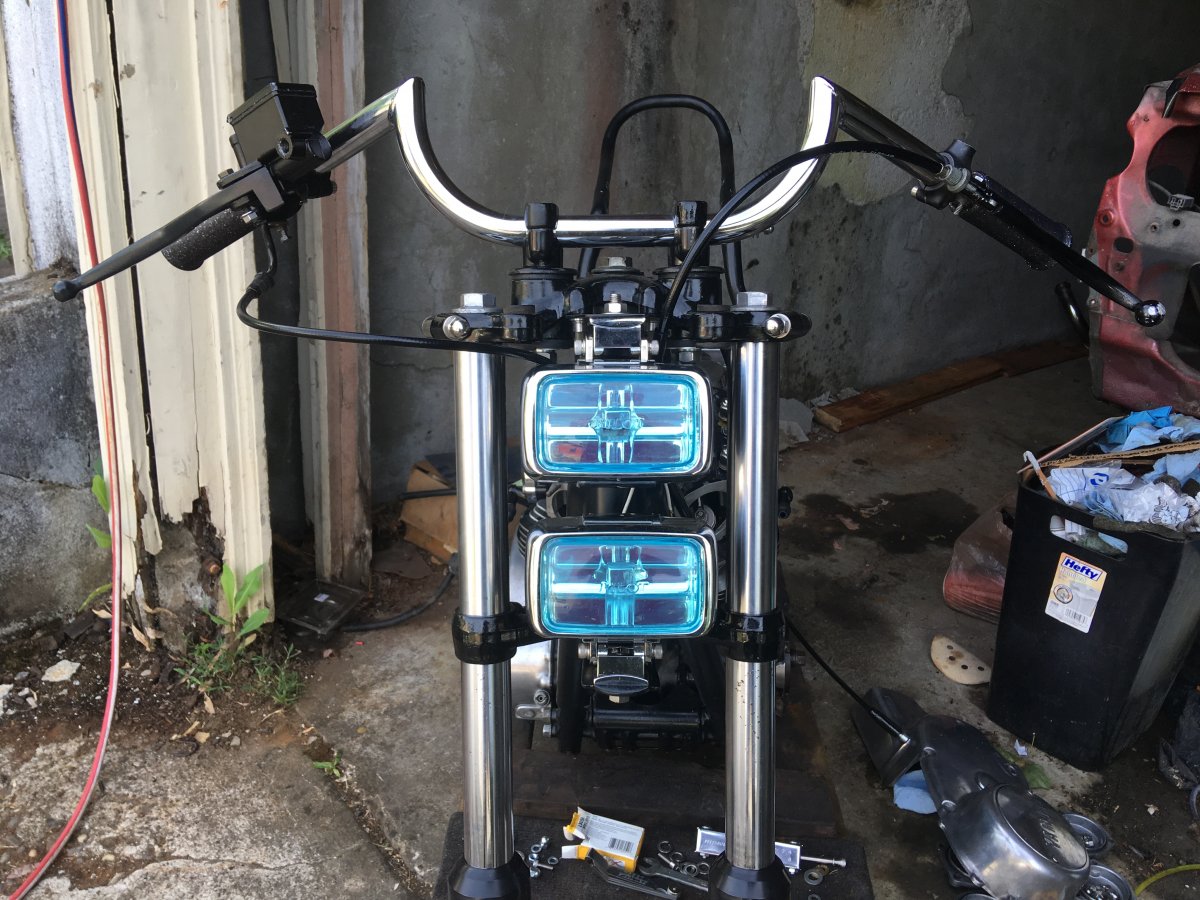 Started the tank paint too, but I’ll hold out ‘till it’s finished.

Made some progress since last post. Finally got the extended swingarm done! After hacking up my stock swingarm and buggering the axle plates, I decided to swap it for one from a (supposedly) ‘78 Suzuki GS550. It’s a pretty beefy unit. Of course it was too good to be a true drop in replacement. According to my research, it should have worked great. But the dang thing is too wide! 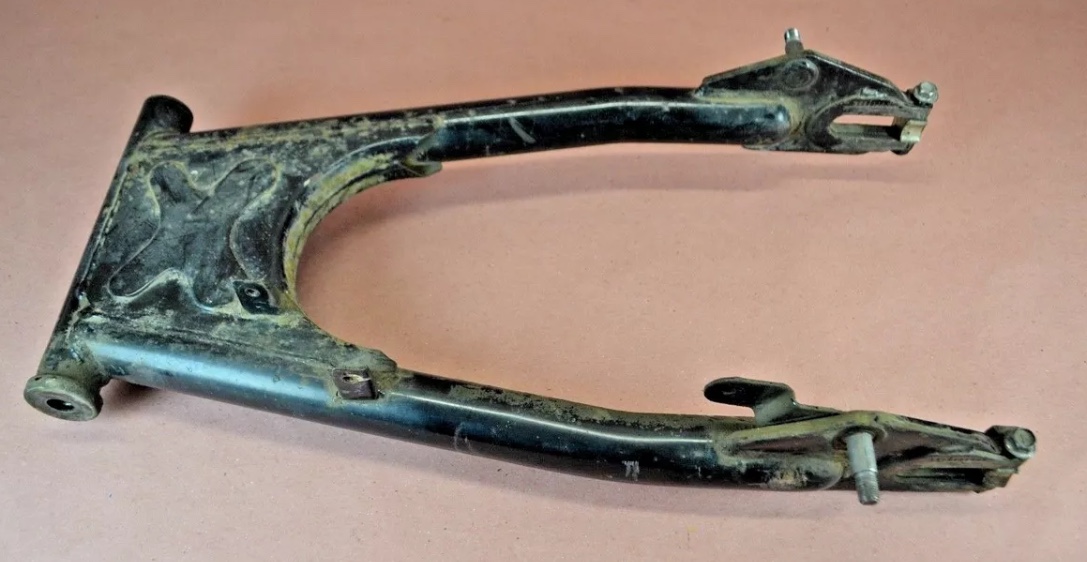 So I cut the axle plates off the GS swingarm, making sure to cut right before the bend. The ID of the tubing is a PERFECTLY TIGHT fit over the stock arm. I didn’t get a pic of the solid steel plugs and sleeves that we previously welded into the stock swingarm, but the added the rigidity at the welds I was looking for. So after drilling a couple holes for the plug welds, I hammered the ends on. 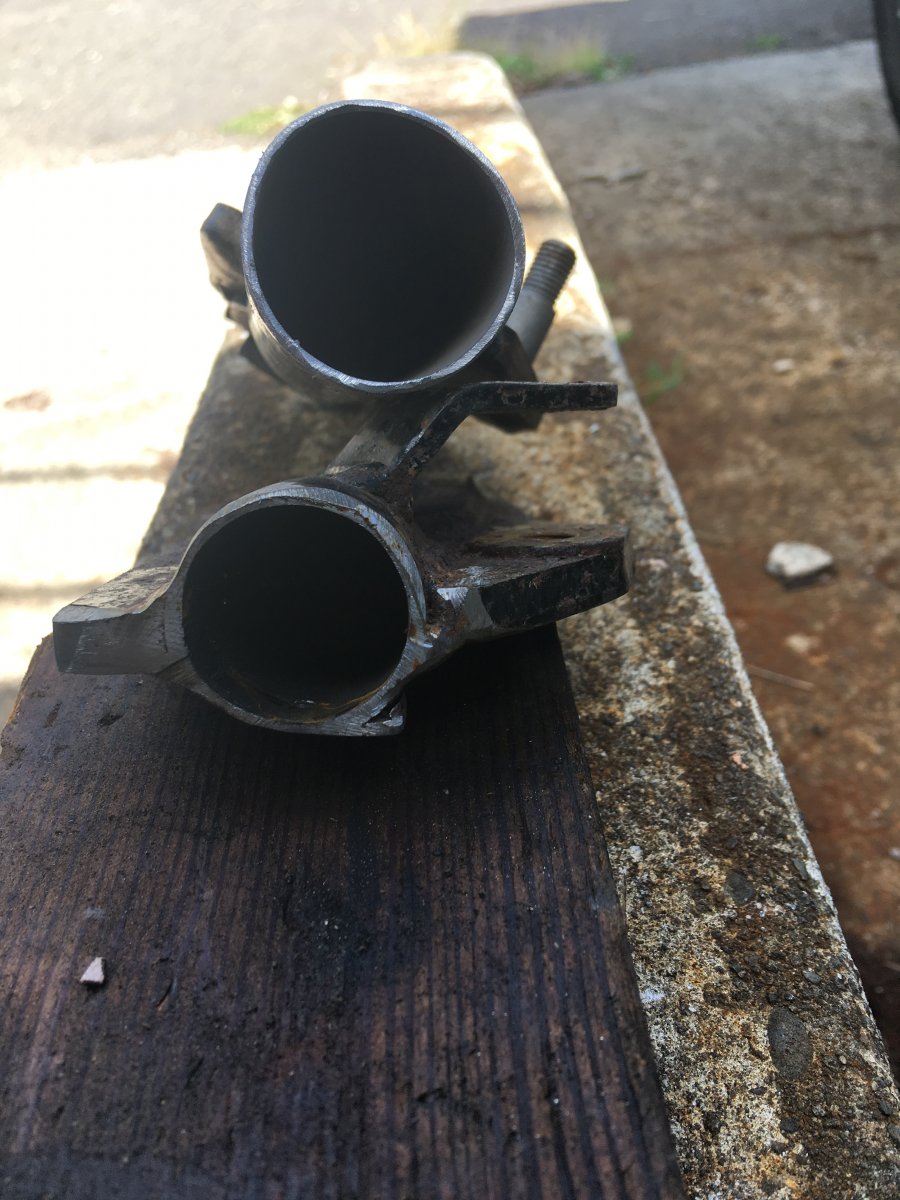 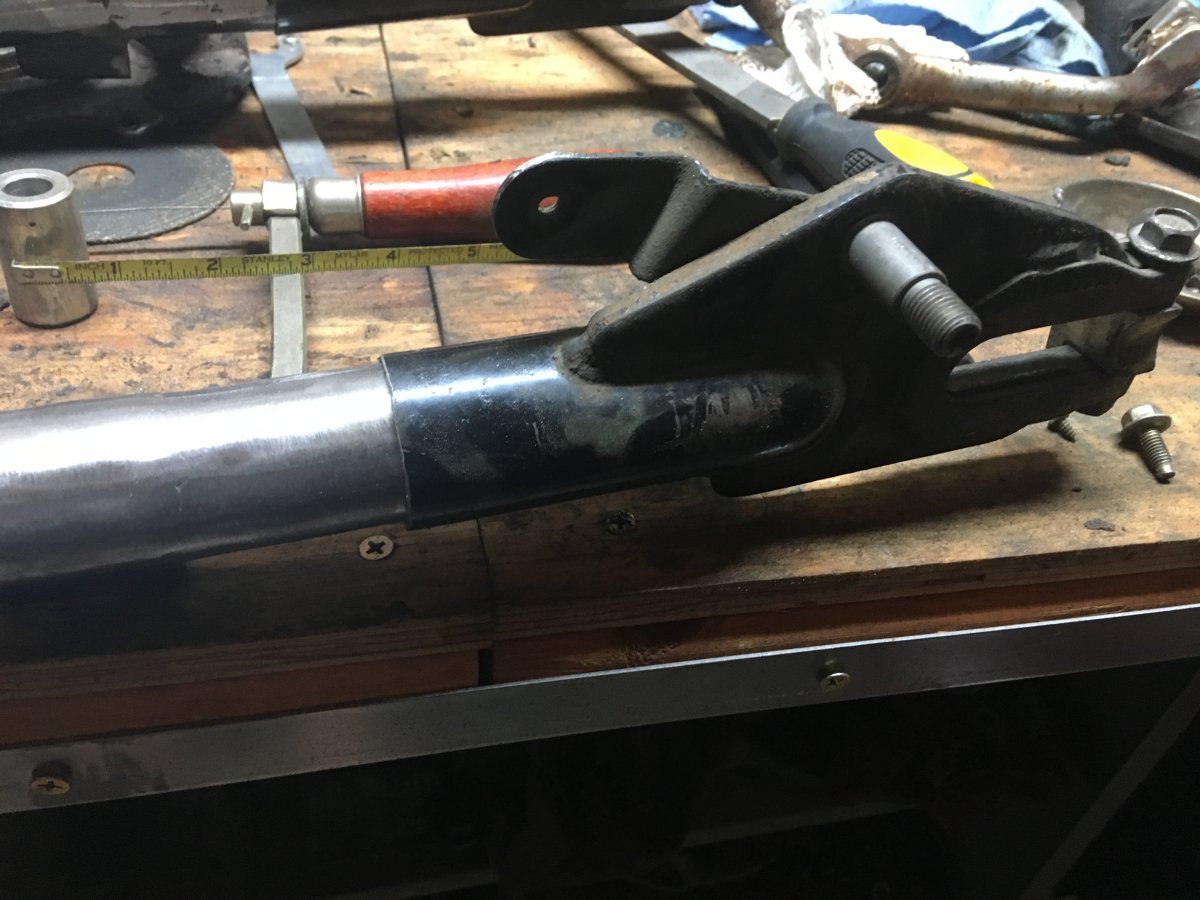 Meltin’ metal! I used the rock axle (which was a little too large for the GS plate channels, so they were opened up with a grinder and file (no pic, sorry!). Threw in a 8 1/2” piece of tubing over the axle and between the plates to keep the spacing correct. This was all torqued down tight. Worked great. 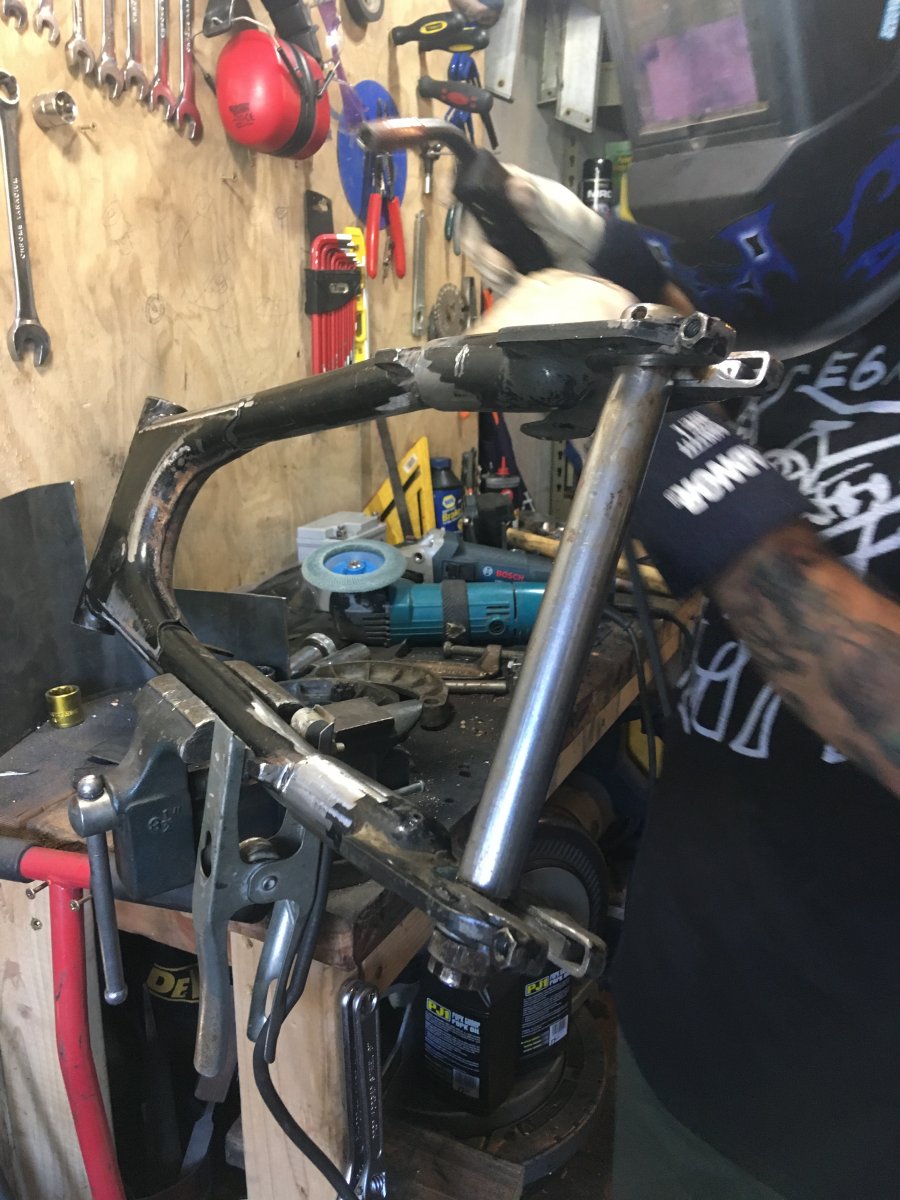 Cooling down before cleanup and paint. 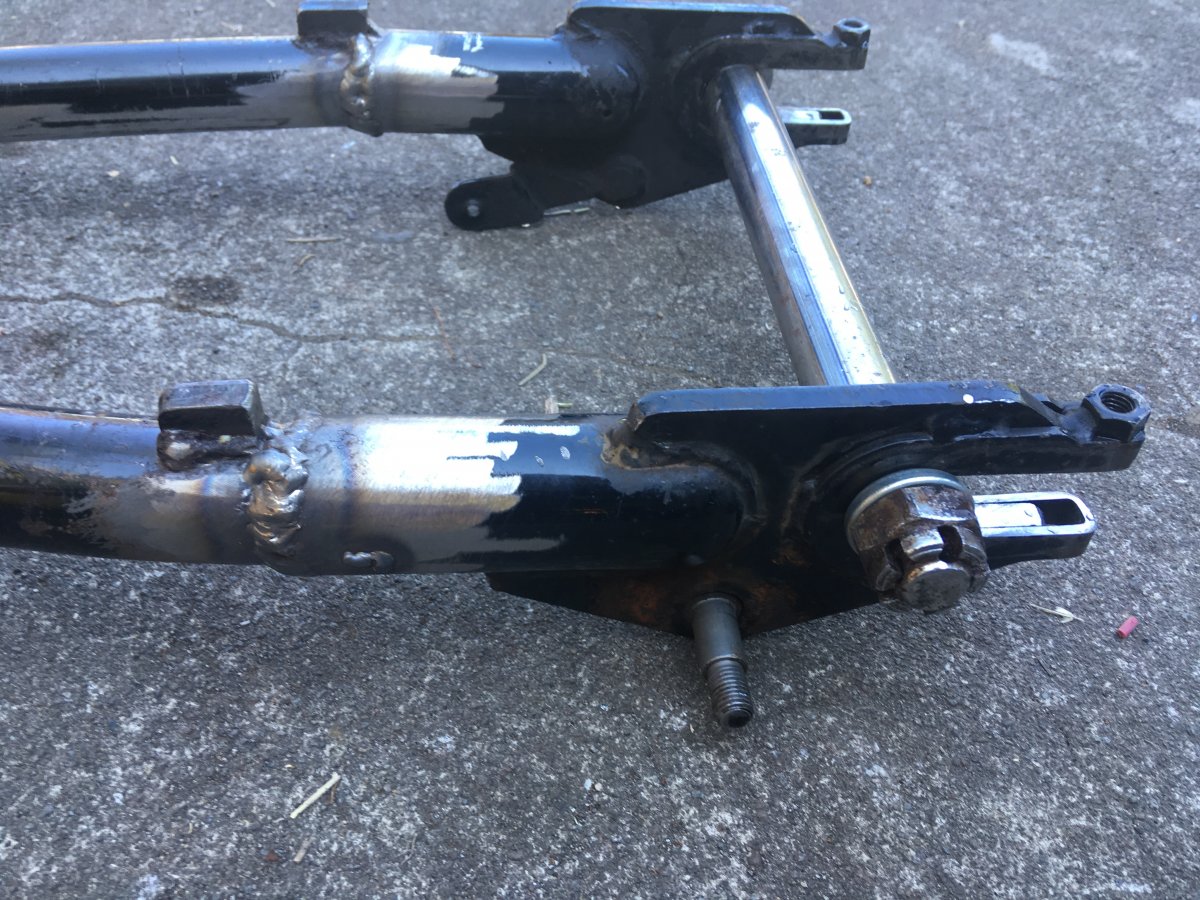 Well I got me a roller! Doing some more tank touch up before paint. 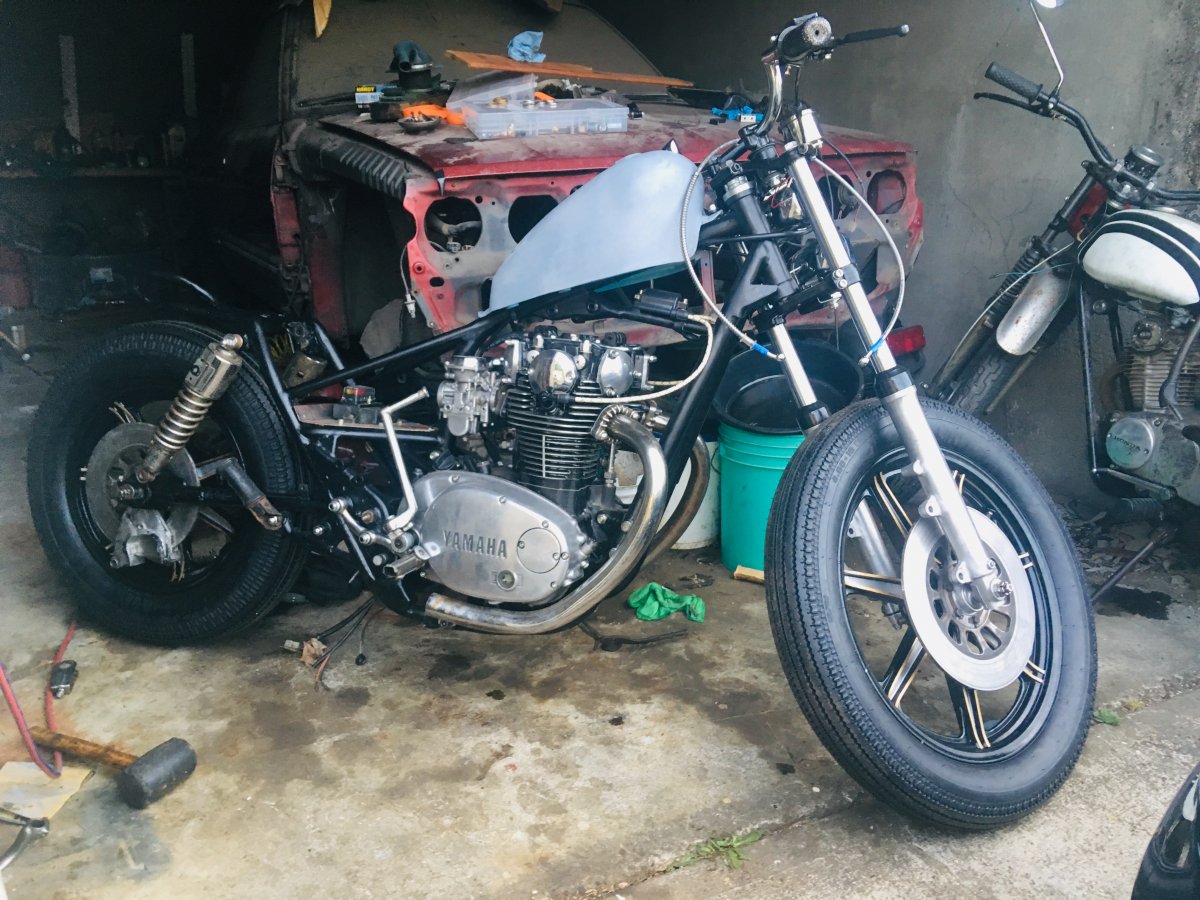 These were in the bag where I was keeping my speedo drive. Are these a part of the assembly of the drive or front wheel? Or did I just mix them up? Where do they go?!? 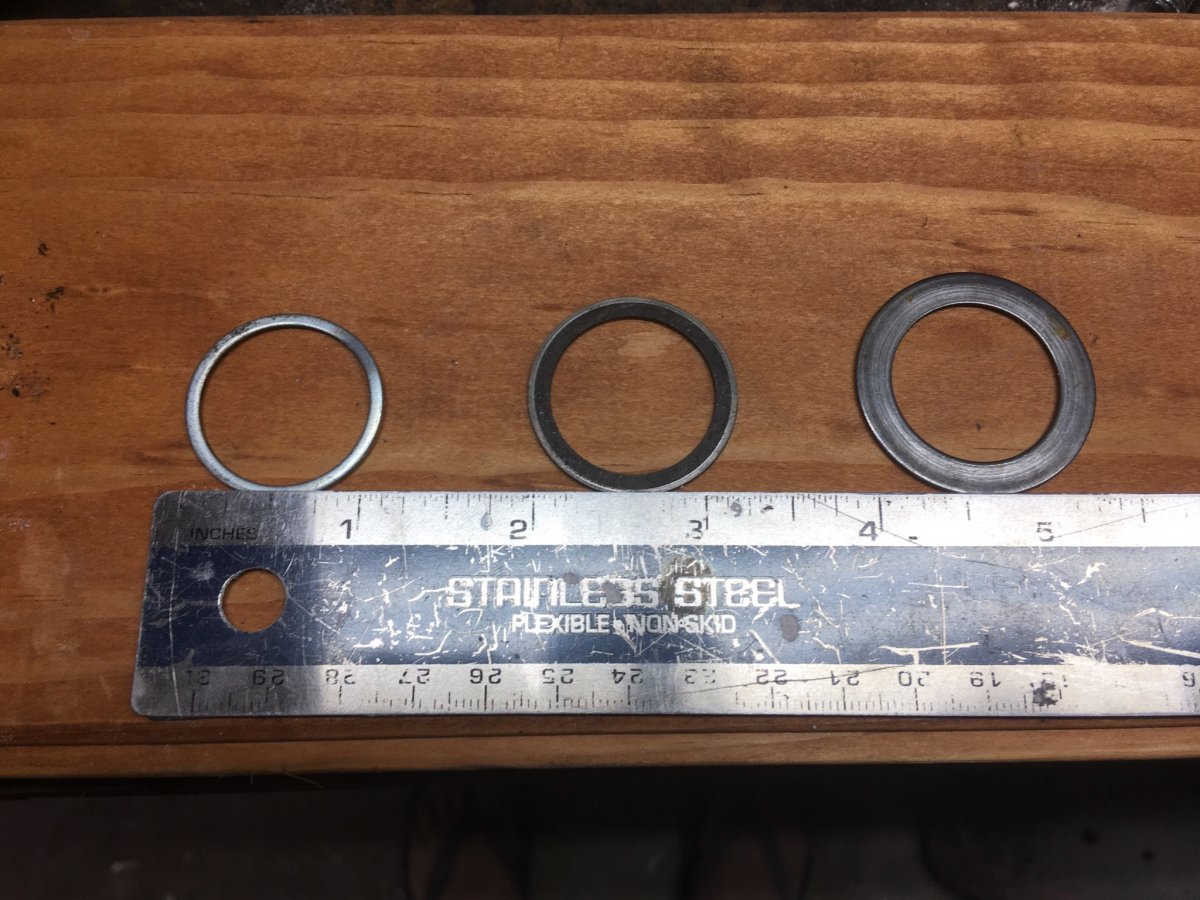 Can’t seem to get an answer about post above, so I’m movin on. Going to be using this Harley rear fender. Might trim the sides a bit. Will rattle can it soon. Fits well with the extended hoop and swingarm. 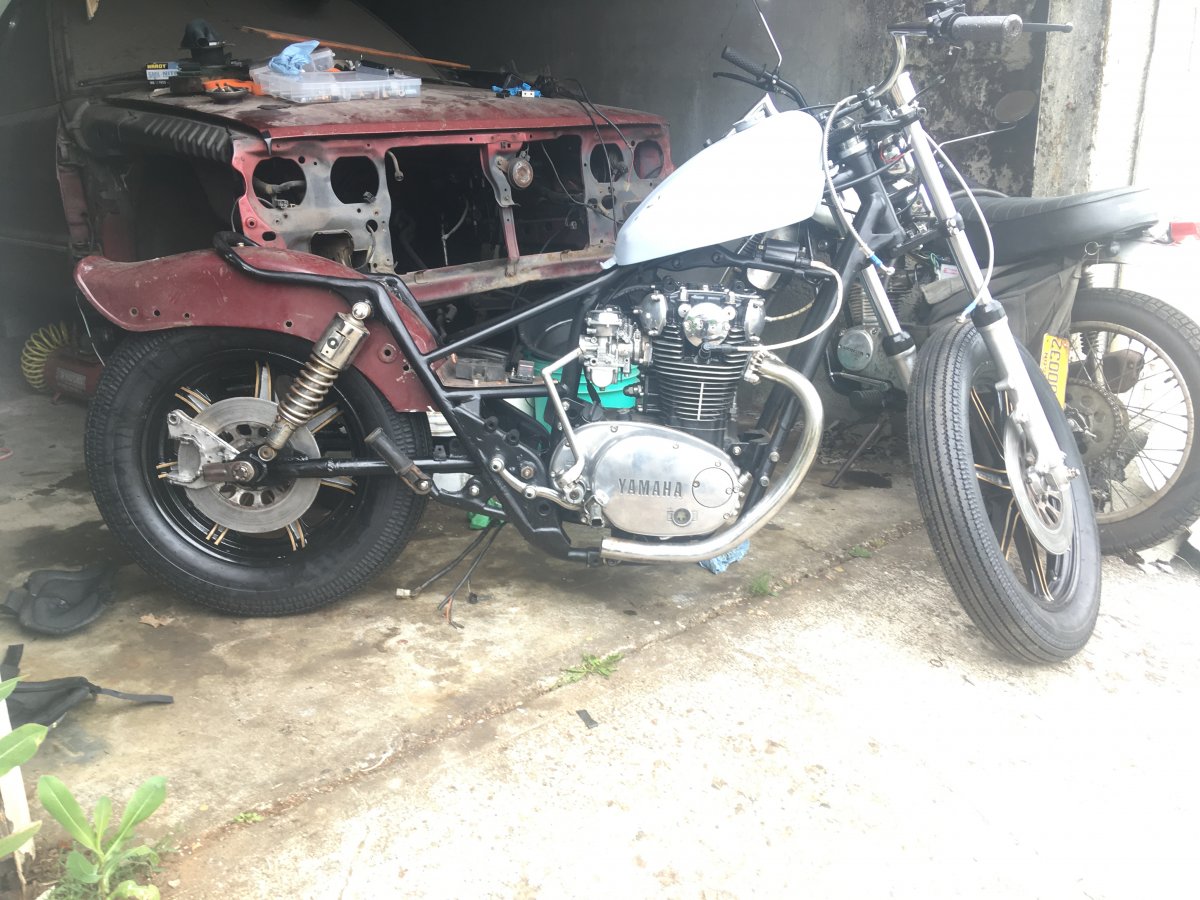 Made a cardboard mock-up of the seatpan. 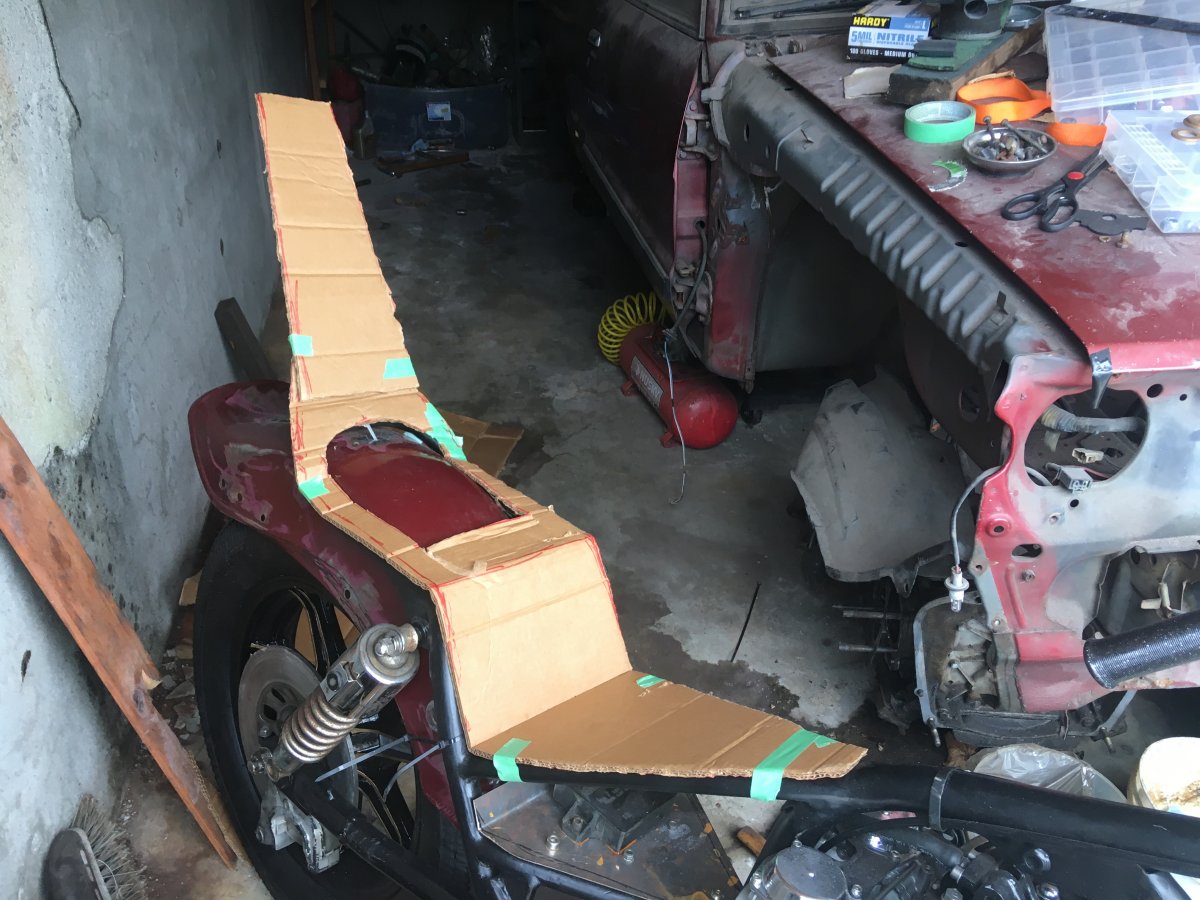 12.5” Harley shocks on the way. Will be considerable stiffer.

Btw, I stopped by Cycle Heap to look for a brake side dust cover to no avail, but spotted this gem. Good work on the brat/bobber/chopper! It's almost road ready (almost).
That bike at Cycle Heap looks like your next project! Did you tell them you have one like it? Tell them you're looking for a "parts bike" and low-ball them with an offer. I'll bet it hasn't run in years, but you could bring back to life! Good luck with your endeavors!

Thanks @59Tebo ! Yeah I'm getting there like a turtle inching towards the finish line. Hahahah. I won't be doing another bike build until my car build is finished. Btw, I have bought two bikes from Cycle Heap and happily do not have to resort to low-balling! They are good friends!

Rear shocks are on! 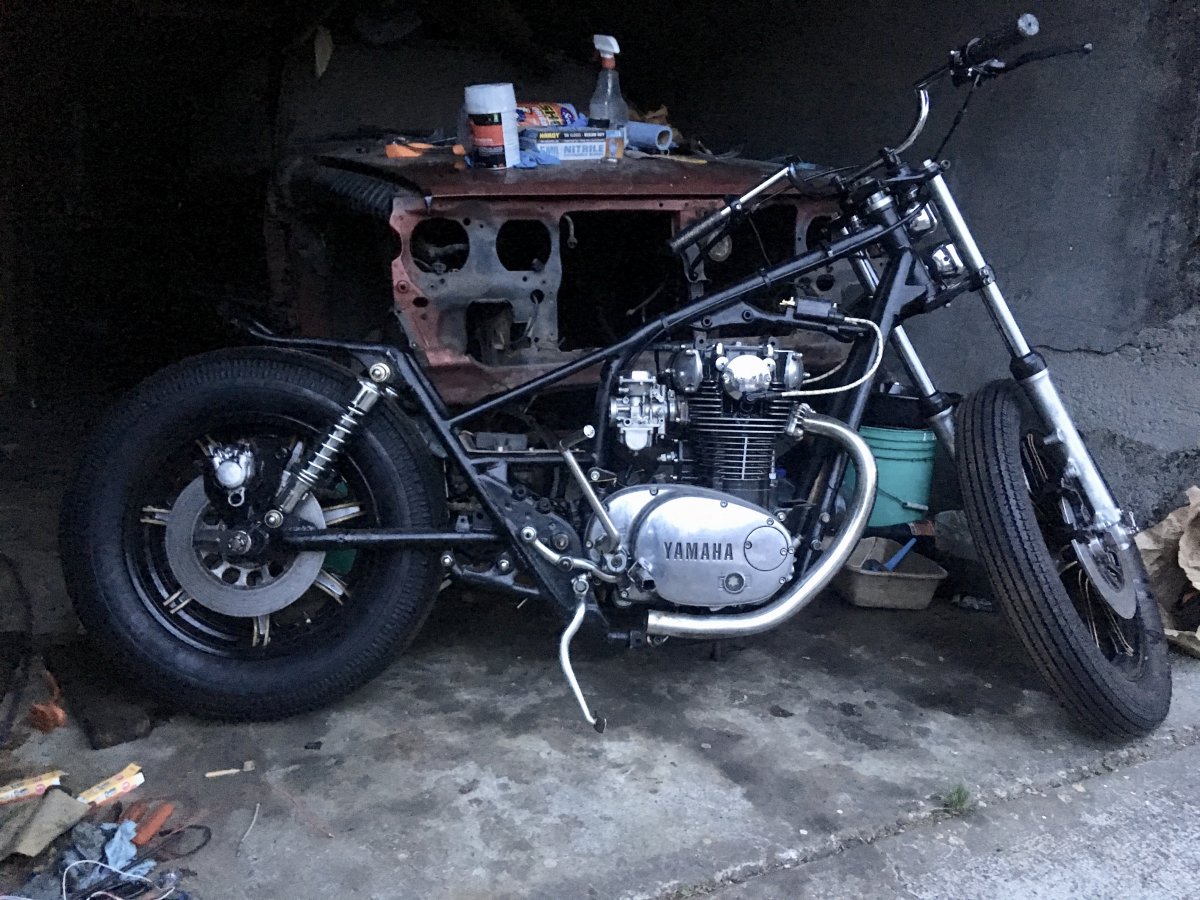 I went with 12.5” Harley Sportster shocks for a stiffer ride to accommodate 2-up rides. Had to grind off about a 1/4” of each mount in order to fit on the stock frame bolts (the extended swingarm from the GS has different mounts than stock. 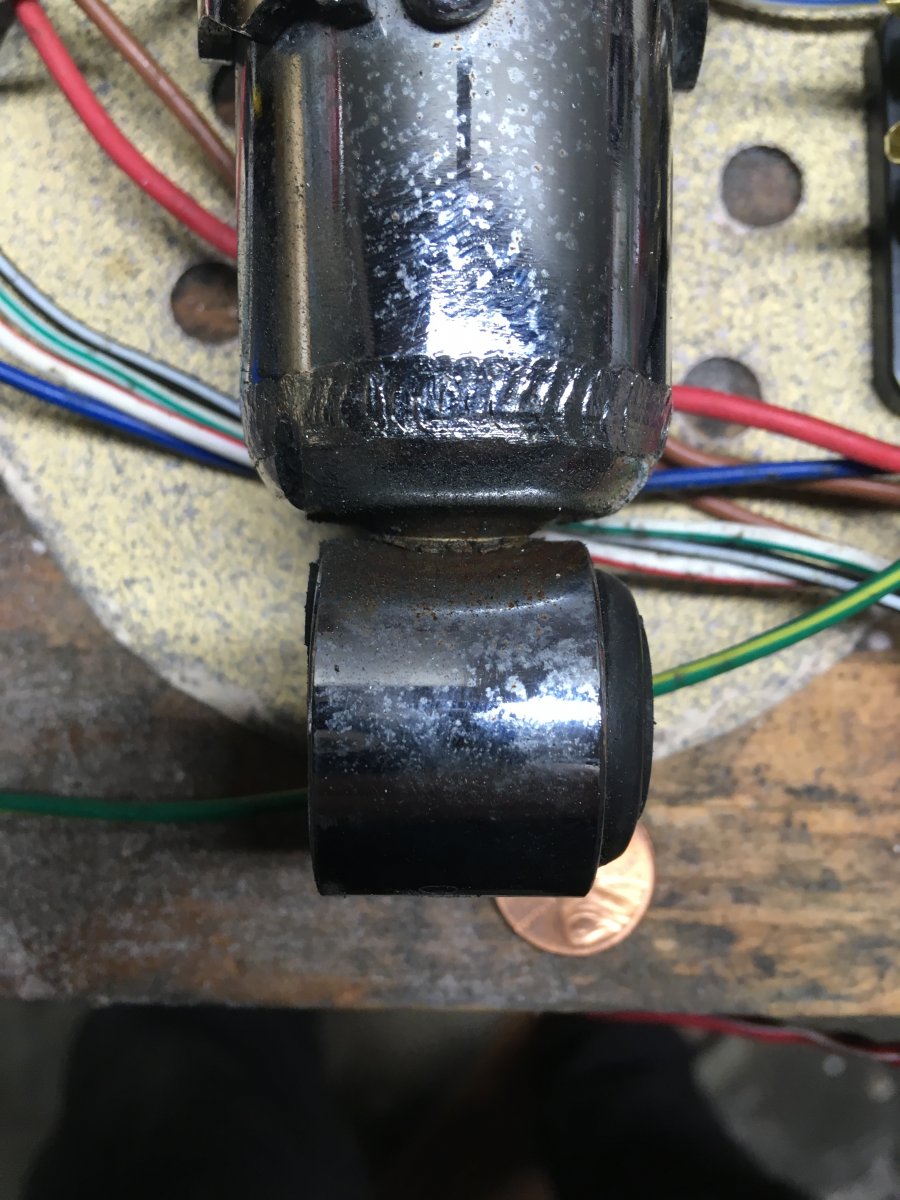 I also had to grind down the diameter of the frame bolts in order to accommodate the Harley bushings, which have a smaller ID. This size difference works fine on the swingarm mount. I’m a liiittle concerned with the added stress to the frame mounts, so I’ll have to keep an eye on them. Forgot to take a picture here.

I am quite pleased with the angles here. It’s EXACTLY what I had in mind. Rear brake and pedal just mocked up. 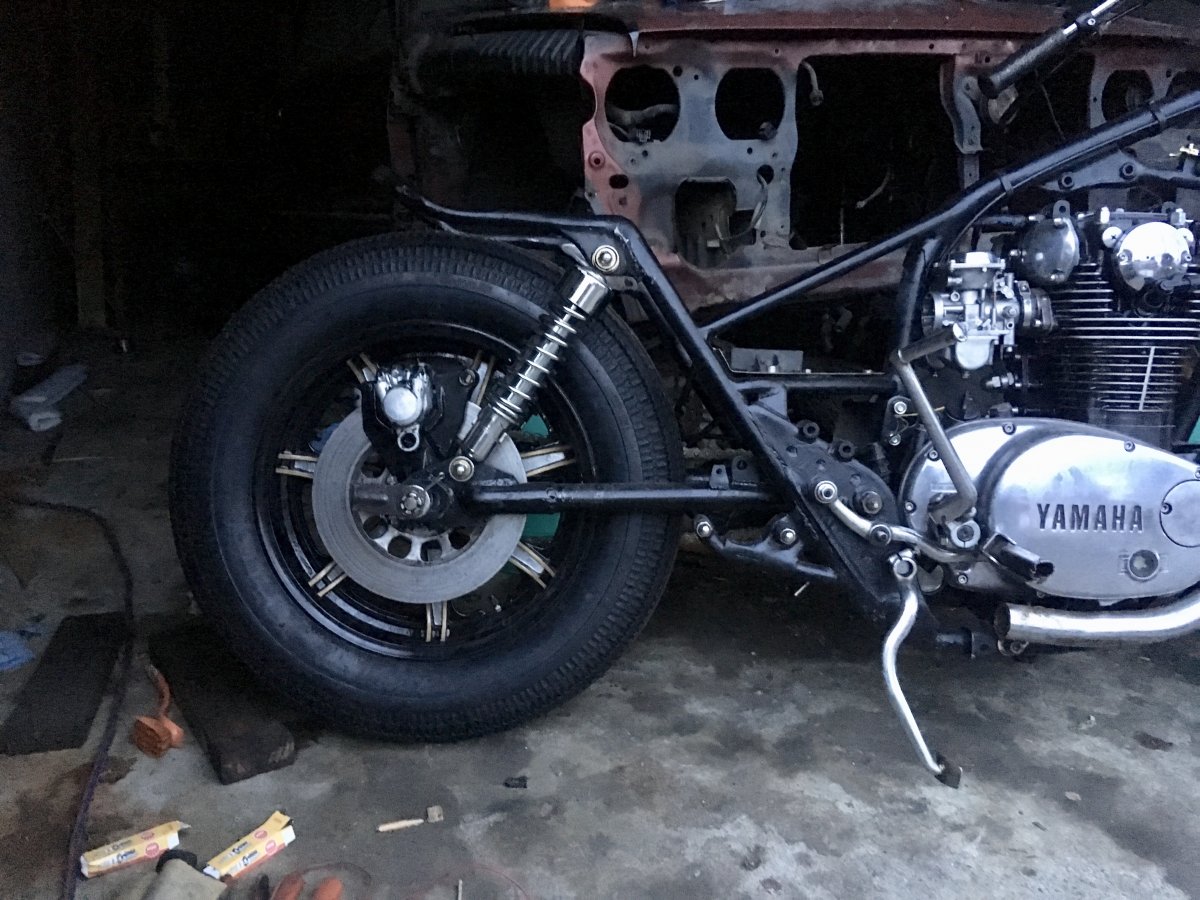 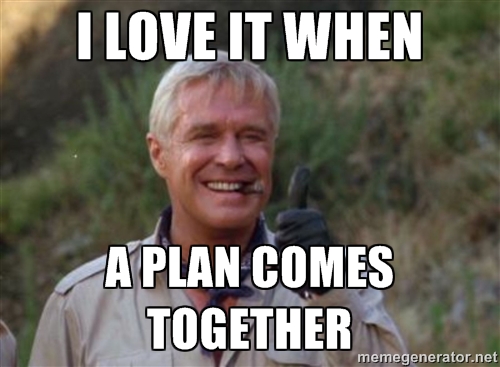 The angles do look good.

Maybe needs a cross bar at the shocks? Looking forward to seeing the seat!