Looking for cheap 2-stroke oil for my old Suzuki 2-smoker dirt bike.
Walmart has the cheapest by far, but it's labeled for outboard 2-cycle motors. The label says it's ideal for all 2-stroke motors, and specifically mentions motorcycles. But guys in forums say that outboard motors are water cooled, so don't use the Walmart in your air-cooled 2 strokes.
Other guys are saying that the cheap 2-stroke oils create a lot of carbon, so go with premium oil.
My inclination is that the Walmart out board 2-cycle oil will be just fine in my 1972 Suzuki TS185. And in my 1978 Honda Express. $12.83 a gallon. Thoughts?

I go with the brand that smells the best. Maxima Castor 927 FTW.

I think the wally world stuff will work fine. Not like your running at 10000 RPM flat out.
You might encounter some coking in the pipe in the long run but that is pretty easy to deal with.

I used Klotz 2 cycle oil in all my karts. The B-Bomb was good for 14,000 on nitro mix. It smells so good I wish they made a Klotz air freshener for my car. 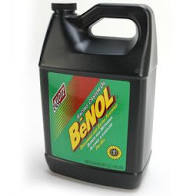 Yeah, what is it about two stroke exhaust that smells so good. I haven’t had a two stroke for 50 years but as soon as you guys started talking about it, I could remember that smell like it was yesterday! 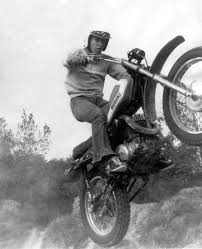 halfmile said:
It smells so good I wish they made a Klotz air freshener
Click to expand...

Haha! That’s classic, every shop needs a couple of those!

Mailman said:
Haha! That’s classic, every shop needs a couple of those!

I never used outboard motor two stroke oil in an air cooled engine. Just being cautious I suppose. I’ve always put the best oil I could buy for all my 2 stroke engines and never had any oil related issues with the engines. A bit more costly but I didn’t want to have to tear an engine apart and rebuild because I used a lesser quality oil. But that’s just me...

If you can find one. Been lookin' for an affordable RD fixer upper for like.... forever

Jim said:
If you can find one. Been lookin' for an affordable RD fixer upper for like.... forever
Click to expand...

I’ve been watching for one up here for a couple of years now. Anything nice is not affordable. RD pricing has gone through the roof as well as the Kawasaki triples. For a nice RD, people are getting $6-7K Cdn. A nice Kawasaki triple starts around $10K! Don’t know if it’s better States side. If not for travel restrictions I would do a road trip to the US if the right bike came up.

for some reason you can still pick up the 200s/250s for pretty cheap which can still be made into little screamers.

The Klotz factory is located here in my hometown. I had an old Harley riding buddy who bought a 55gal drum of their high octane racing fuel. He’d let us top off with it ocasionally. I liked to ride behind him, the exhaust smell was magnificent.

Years ago when we were heavy into Kawasaki triples, we used to take them to this guy named Paul Gast to get them hopped up. He's come a long way and has a big shop (Fast by Gast) and big reputation in drag racing now. Back then he was just starting out by himself in a rental garage at night. He recommended the standard Yamalube 2-stroke oil, said it was one of the best. We switched to it and used it for many years without any problems. It would probably still be a good choice today.

Mailman said:
Yeah, what is it about two stroke exhaust that smells so good. I haven’t had a two stroke for 50 years but as soon as you guys started talking about it, I could remember that smell like it was yesterday!
Click to expand...

A little bit different experience for me, Bob.

I had to fix track and motocross racers after they flogged those things to death.

Jim said:
If you can find one. Been lookin' for an affordable RD fixer upper for like.... forever
Click to expand...

Are you mixing gas or pumping oil? Not all 2S oils are suitable for mixing/pumping...
T

I used Klotz in the 70's in my mx250 Yamaha. In the process of trying to trade with a guy, the cable to the injector pump broke and it stayed at idle. I had mixed a tiny bit of Klotz in with 5 gallons of gas in a can I sent with the bike. It never seized or seemed to wear when I got it back weeks later. That Klotz was clean burning and did not smoke or carbon. It was my go to oil for high performance two-strokes.

Thanks for all of the replies. I've been using good 2 stroke oil up until now, but I am a notorious cheap skate, and I'm going to give the Walmart a try. My philosophy on ANY oil application has always been that any oil is better than no oil. It's almost 1/4 the cost, and easy to find. Says it's good for injectors and pre-mix; I have both. I have yet to read a bottle of 2-stroke oil that says it's either injector or pre-mix specific. That would just be cutting down on their sales.

I too have been looking for a 1973-1975 RD250 or RD350 for years. If I ever found one... there's a good chance that I would part it out. As many of you know, I sell XS650 parts on eBay. Some of the parts also work on 73-75 RD 250s and RD350s. I get a small mint for those parts. LOTS of them sell internationally, including third world countries. XS650 parts sell internationally mostly to Australia and the U.K., and less frequently to Germany and France. But, the RD parts sell to all kinds of weird places. The RD buyers think that I am also an RD guy, and they are always hitting me up for other parts.

And Allison said well yeah for that money you HAD to go buy it!
2

What a long strange trip it's been