Member of the 'yellow meter gang'

Spent some time today walking around the CVMG (Canadian Vintage Motorcycle Group) SPRING WINTER swap meet in Paris, Ontario. Jeesh, 34° F with snow in the forecast. We were talking about breaking up some skids and making a campfire for Pete's sakes.

The CVMG tends to be predominantly a British bike group so most of the stuff there was for Brit bikes and some for Harleys. All I saw for our XS's was a barren, stripped set of engine cases and a pair of pretty rough case covers. You would have needed to start at about a 60 grit.

Did see a couple of other interesting things though so thought I'd post a couple pics. 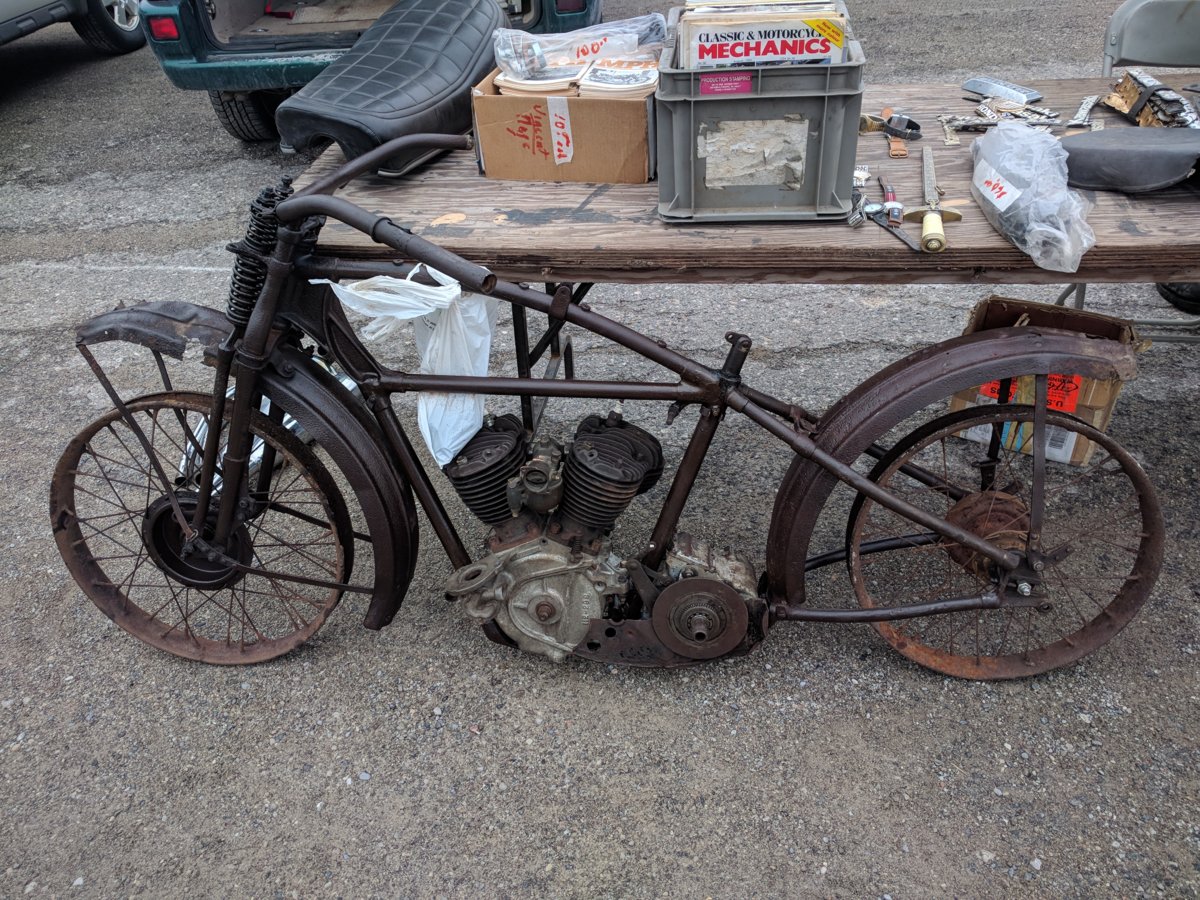 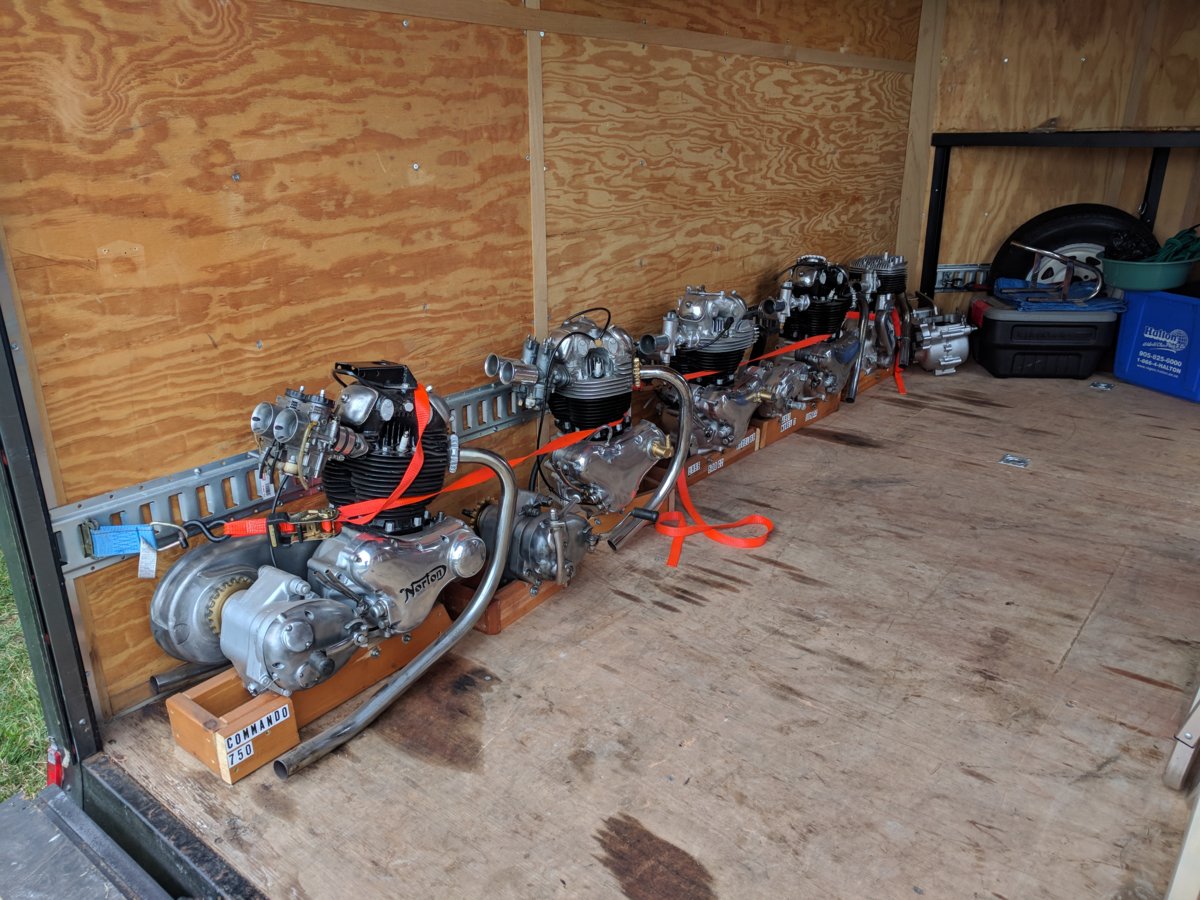 Looks like this fella does pretty nice work. He was pretty busy but I did overhear that the third engine in, a 1955, 500CC Model 88 was $1000 CDN. I don't know about this stuff but I thought that seemed pretty reasonable for a rebuilt 1955 engine if one needed one.

I have been to a few of these meets now and there sure isn't much or anything for any of the Japanese bikes. I wonder how it compares to your guys experience south of the border. Certainly you have a much bigger market but do you guys come across much for vintage Japanese bikes at your swap meets?

Well that sorta puts the kibosh on my idea to pack up all my XS spares and go to the June swap meet.
I was there a couple years ago and remember only one or two vendors with bits from our favorite marque and just missed a pair of BS38's that the guy ahead of me paid $10.00 for!

Member of the 'yellow meter gang'

As probably the only XS650 vendor there Lakeview you might do very well indeed.

I know I'd be at your table early!

There’s a big annual event here in Phoenix that I have been to several times. That event always has a judged show, when I first started going the bikes in the show were mainly British and old Harley’s. But the last time I went I was pleasantly surprised to see a big showing of 70’s era Japanese bikes, some looked extremely nice.

There is also a swap meet that goes on , in the parking lot, pretty eclectic, a lot of Harley stuff, a few bikes for sale, a lot of stuff you wouldn’t even bother to stop and look at. But fun to walk around.

Then there is another smaller show here that is only for British and European bikes. That one is fun, the guys that restore BSA’s and Norton’s are a pretty dedicated bunch. I was looking to build a Norton once, looked for the better part of a year to find one. I talked to this guy that was in the inner circle of owners to see if he could help me.
It was like an interview. Him asking me all kinds of questions, why do I want one? What are my intentions?
They are very protective of the small pool of machines around here!