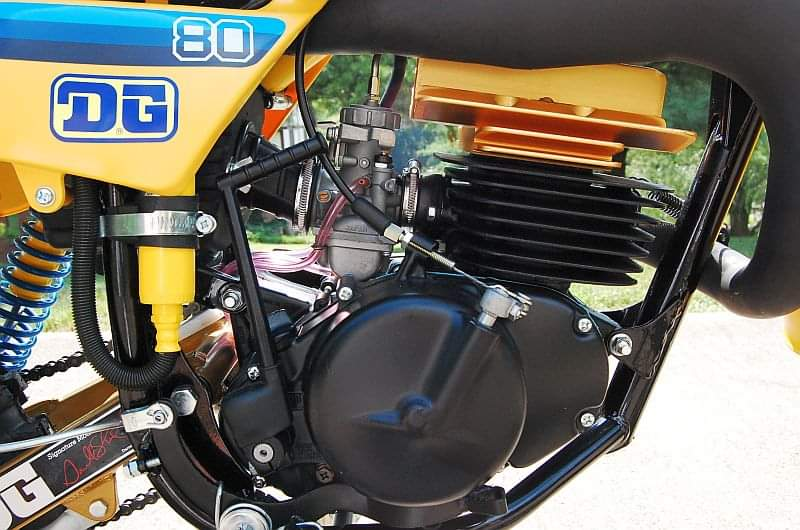 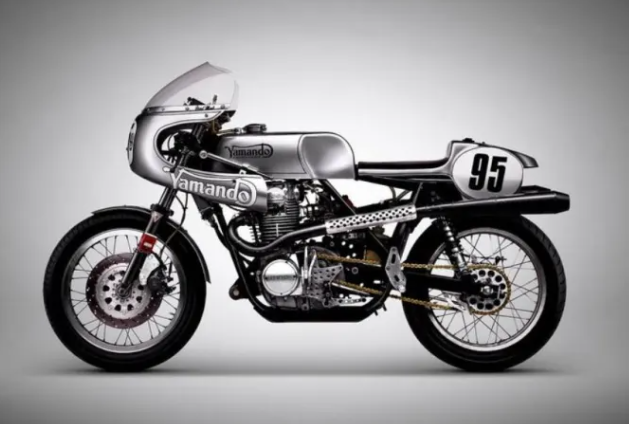 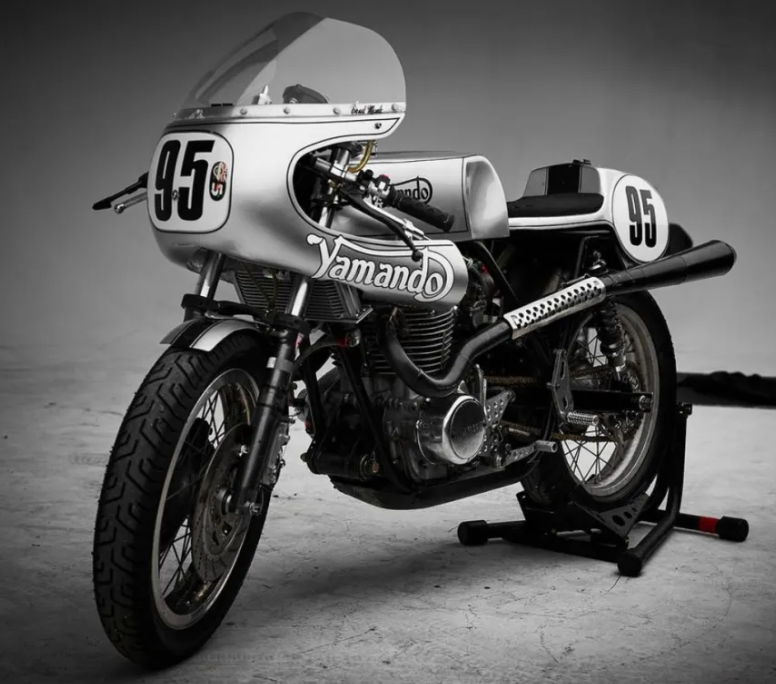 OOOO! Wouldn't mind reading some build details on this racer.... 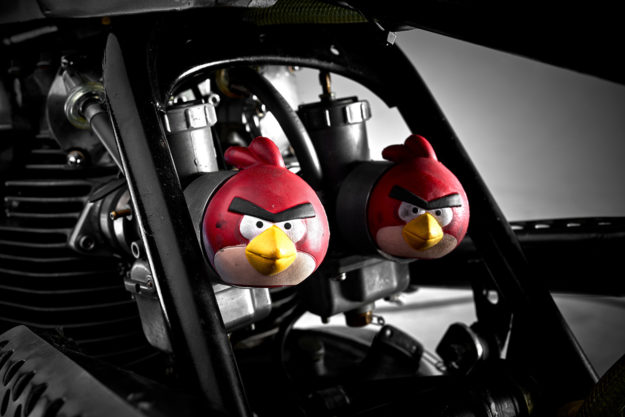 I did find that piece and I was looking for more details. I do like the Angry birds plugs.

Thanks @Jim saved me some digging!

This is an interesting post on another website.
Its all about a number of influential Japanese bike designs.
Check it out: https://www.bikeexif.com/japanese-motorcycles

Adamc said:
This is an interesting post on another website.
Its all about a number of influential Japanese bike designs.
Check it out: https://www.bikeexif.com/japanese-motorcycles
Click to expand...

jp you are right on all of those and maybe we could each think up another one or two. But, each of these evoke memories for many of us for "wow", either for newness, audacity or for being the epitome of development of a genre. 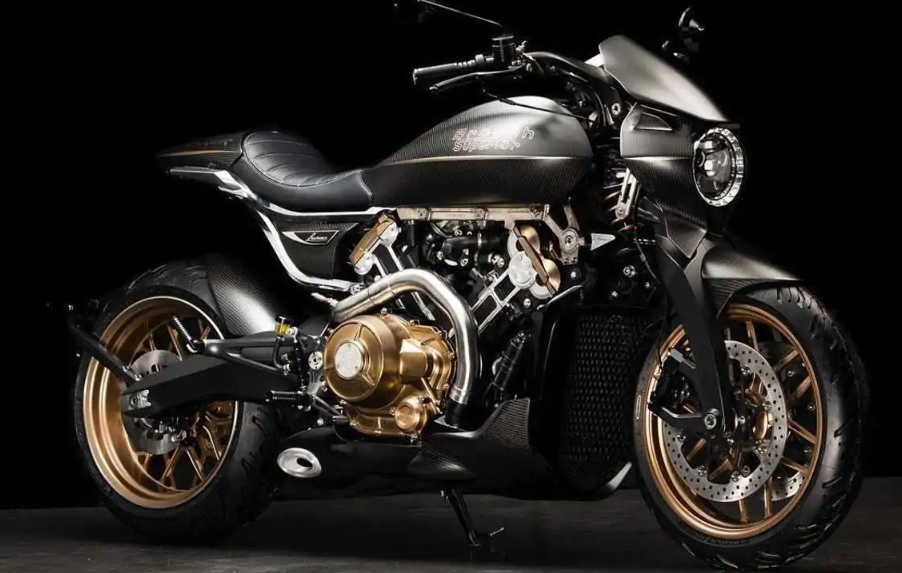 Yup - the cruiser styling is not my cup of tea, but I can't argue with DS-TVs take on the new R-E. His commentaries are really quite good in my view. His early videos when he was teaching his cutie-pie wife Brooke to ride in a Toronto shopping centre parking lot were well-done and he's obviously gained a lot of credibility because he now goes to press launches etc.

As he points out, its just too bad that Royal-Enfield is ignoring the Canadian market. I have only found one R-E dealer in Ontario and they wanted nearly $10K CAD for an Interceptor a couple of years ago. That is about @ $2500-2800 more than I paid for a brand new-leftover 2017 SV650 in the late fall of 2017 and it had three disks and about 50% more power (48 hp versus 75 hp for the Suzuki) plus a 5-year unlimited mileage warranty and a $500 gas card (holy crap!!). 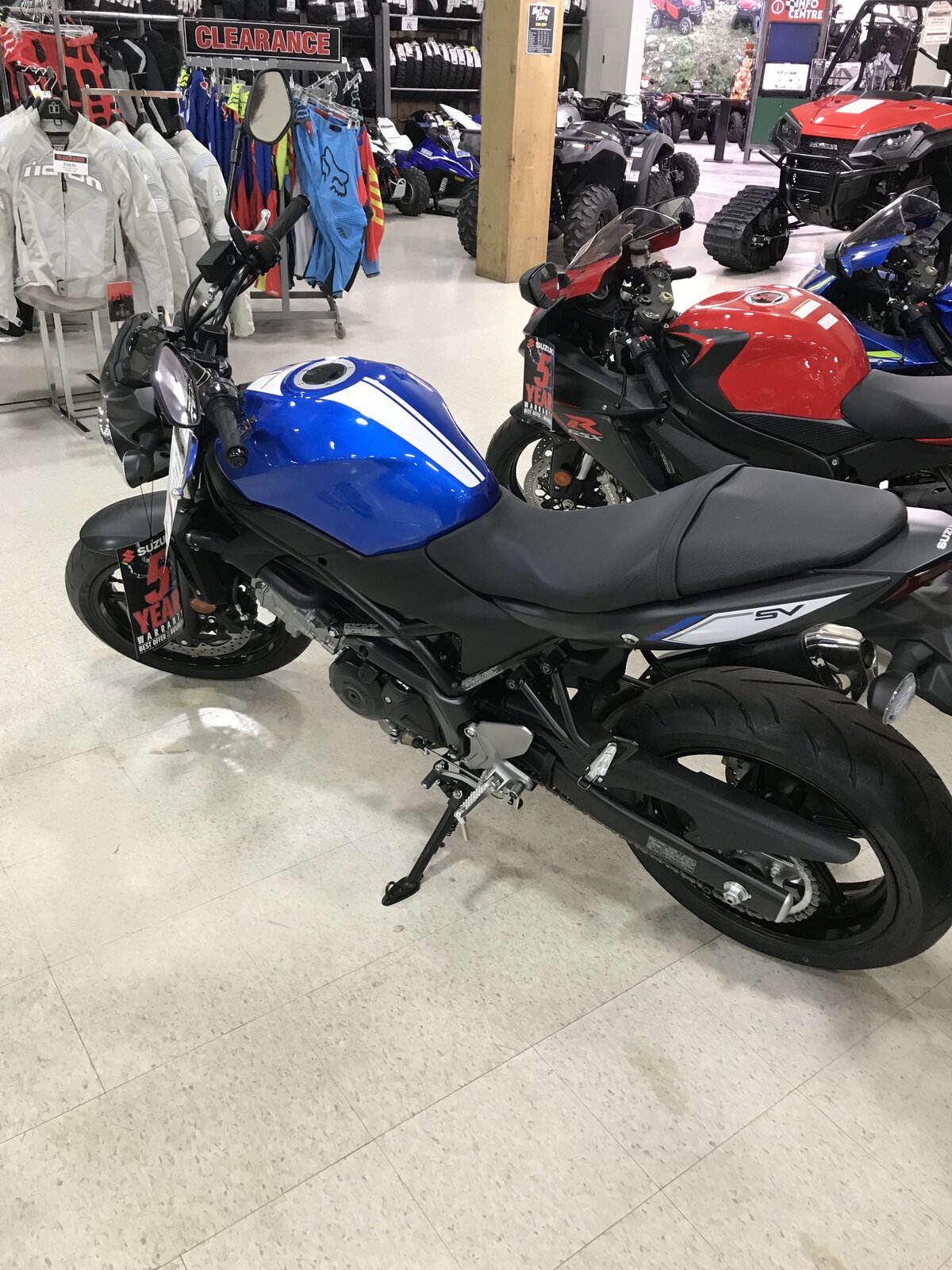 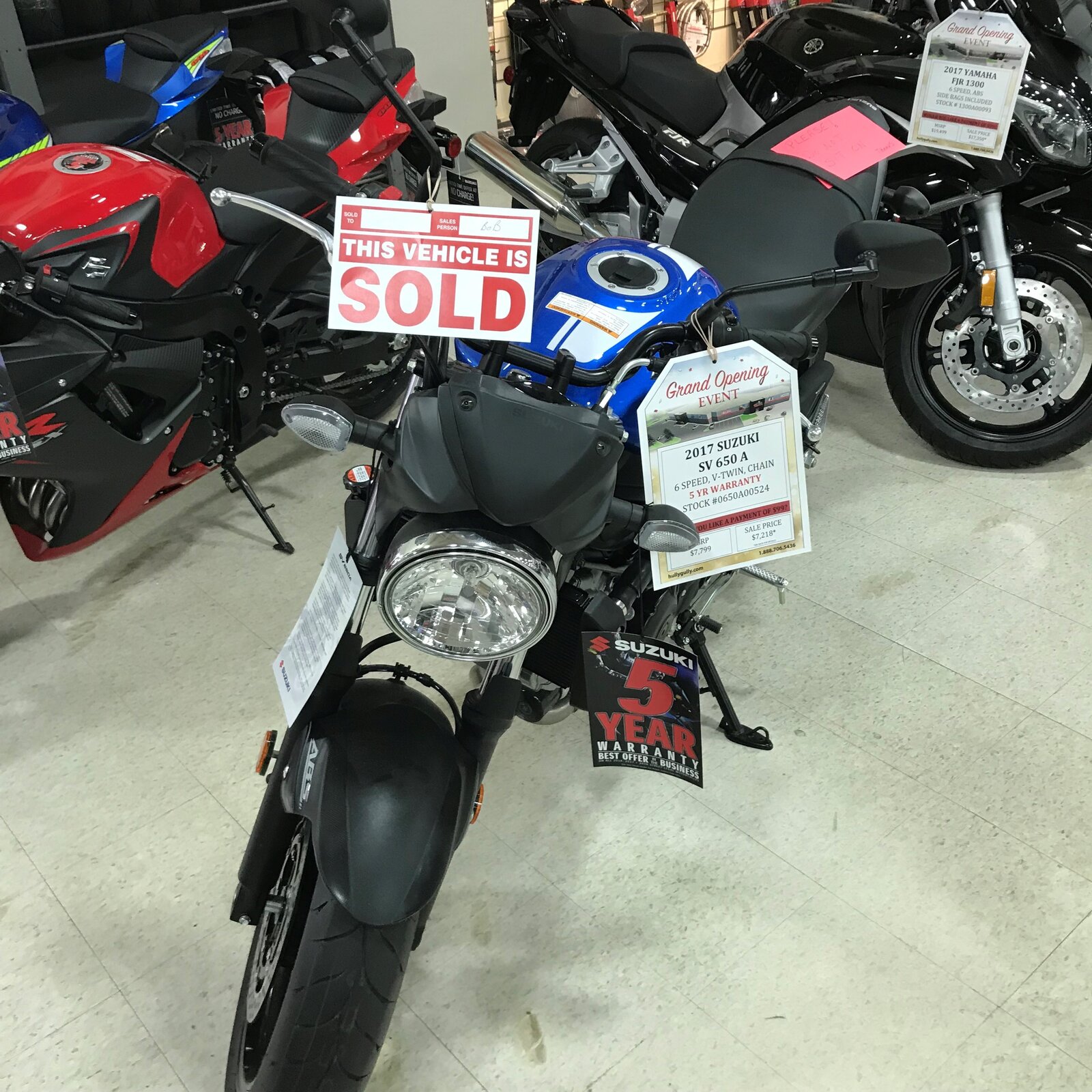 Now, the SV650 doesn't stack-up to the Interceptor in the looks dept. (IMO), but it is a solid, dead-nuts reliable bike with EFI and ABS and it is much faster with better chassis hardware than the R-E plus it has a seating position that is suitable for my old carcass (even if the pillion pegs are stupidly too high for any lady who'd deign to be seen with me). I had that 2017 SV650, which I really liked, for about a year and half, but I liked my XS650 more and so I sold the SV on to a buddy who needed a good ride quickly.

That is a key point: if you are looking for a modern equivalent to an XS650, I'd check-out the Suzuki SV650. I am convinced that in 30-50 years, guys will be pulling SV650s out of barns and chicken coops and resurrecting them - just as we are these days with our old Yamahas. Parts are plentiful and they are fundamentally very well-built bikes which are nearly unkillable in regular service. Just watch out for any drilled fasteners (i.e., for safety wire) as a lot of SV650s are used as track bikes and those poor things get thrashed very hard.

Heck - the SV even has a decent oil filtration system with a real spin-on filter, a brushless alternator and an electric starter that never fails..... 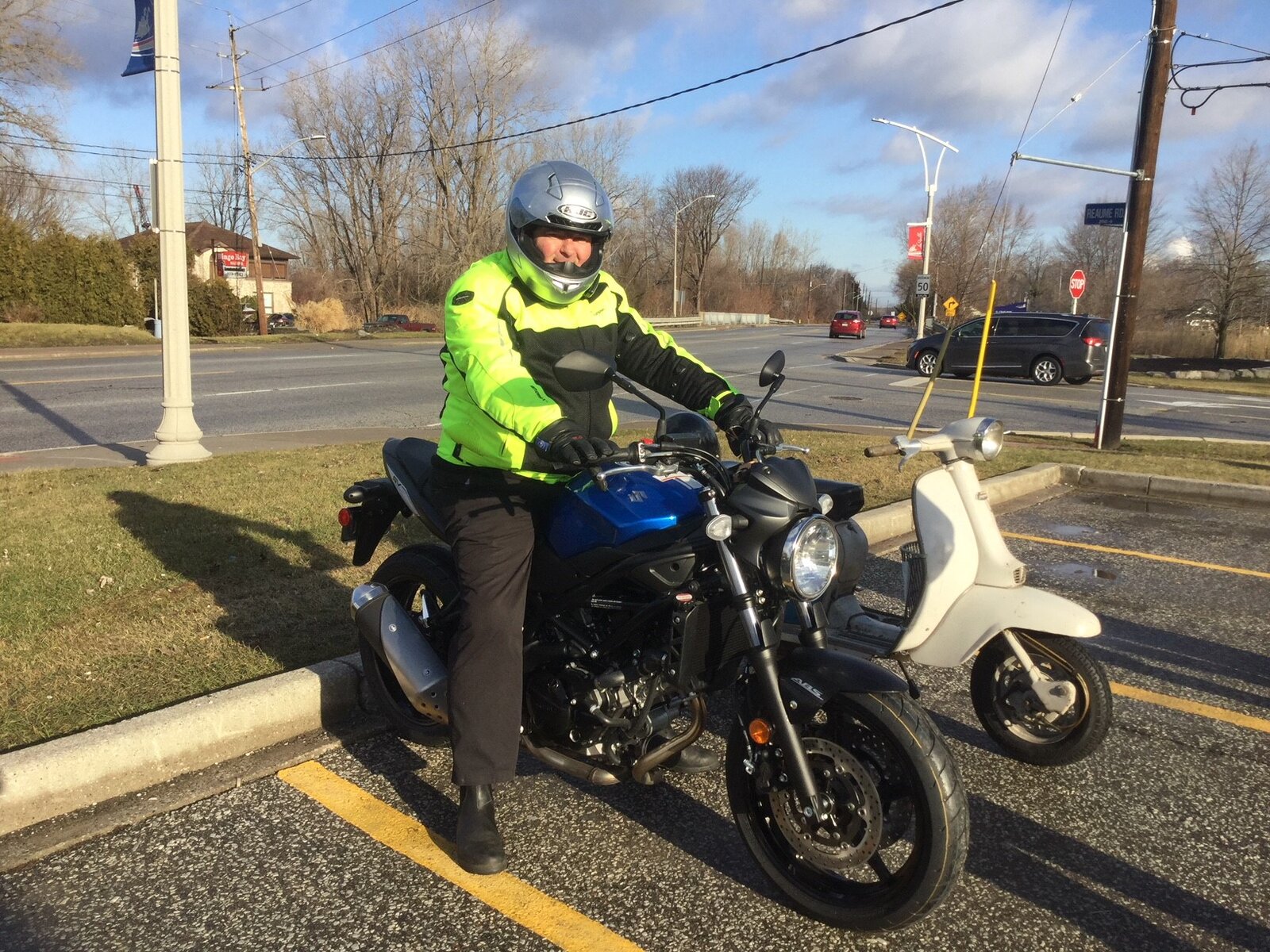 Anyhow, Royal-Enfield's pricing in my market is nothing more than gouging.....and that p!sses me off.

MaxPete said:
Thats a key point - if you are looking for a modern equivalent to an XS650, I'd check-out the Suzuki SV650.
Click to expand...

The SV650 is a very underrated bike; I once used the SV in a conversation about trends in the bike market as a very good example of a bike than which nobody actually needs more.
A

I agree 100%. Credit to Suzuki for sticking to the 90degree V-twin format for so long. But it now looks like all manufacturers except Ducati are jumping on the cross plane inline Twin bandwagon. Damn you, Yamaha, KTM and BMW for starting this trend.

Suzuki SV and DL models, both 650 and 1000, are bikes that performed great but never quite caught on mainstream.
I've had both versions of the 1000, still have the SV, K&N, Dyno-jet tuner and Yoshimura slip-ons, sounds like a Ducati without all that dry clutch chatter.

The SV is the newISH XS650. I think it's one of the overall best bikes I have owned. I really liked my Hawk GT too. Twins, you know.....
C

Kevin Werner said:
View attachment 213061I have never been a "Harley" guy but an old flathead might be fun. There is babes and bikes. There is "Let's see the XSs". That is all good Many of our "Taste in Bikes" stems from previous marques. Is it OK to share interesting older bikes?
Click to expand...

The desirability of the XS650 is first of all it’s simplicity, second it’s dependability and third it’s beauty. I’m always up to admiring pics and stories about any vintage bikes that share these qualities.

arcticXS said:
I agree 100%. Credit to Suzuki for sticking to the 90degree V-twin format for so long. But it now looks like all manufacturers except Ducati are jumping on the cross plane inline Twin bandwagon. Damn you, Yamaha, KTM and BMW for starting this trend.
Click to expand...

This is the new replacement for the 650 series V-Twin that Suzuki used for so long in its SV street bikes and the DL adventure bikes. The V-Twin 650 was superb, I’m sad to see it go. The replacement is a a 776cc “800” parallel twin. It is much more sophisticated, complex and expensive.

Otherwise I’m sure it is a well engineered piece. The styling is rather….uh….polarizing. The street version has a front end , that to my eye is reminiscent of the old Katana sport bikes. 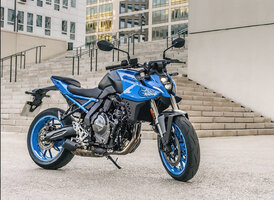 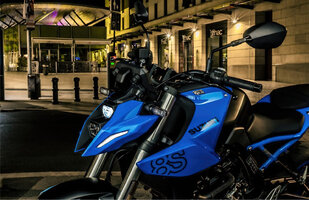 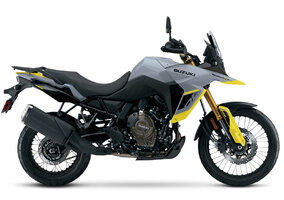 Mailman, "polarizing" is the understatement of the day!

arcticXS said:
Mailman, "polarizing" is the understatement of the day!
Click to expand... 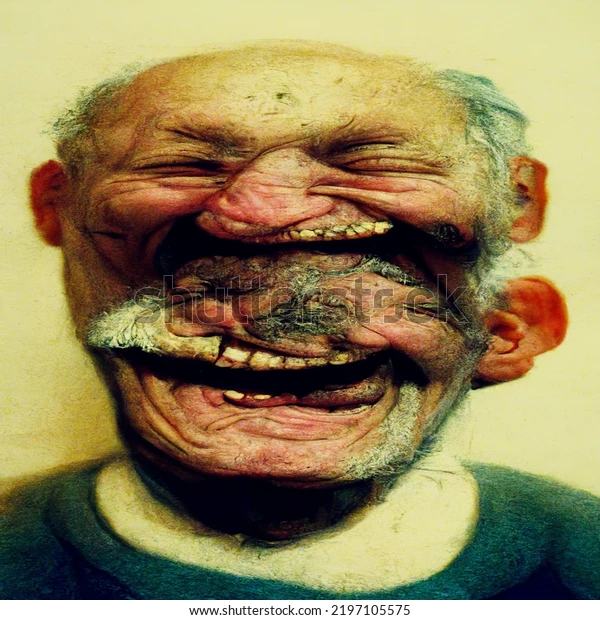 Just want to send a BIG THANKYOU to those that have provided so much time knowledge over the years!!