jetmechmarty said:
I haven't seen an '82 since it was new and at the dealer. Congratulations on maintaining both lower covers! Very nice!
Click to expand...

I lost one of the original covers, so I hunted out 2 more lower left and modified them so they CAN'T fall off again. I have gone all LED lighting, modified the harness to delete the reserve lighting relay, added a headlight on/off switch with the safety relay in parallel so it still kicks over on start up. Tuned the BS34 up and down. I now have I think every possible jetting and needle configuration. The engine has been worked over 12:1, larger valves, bronze guides, ported and polished, heiden tuning sump filter and pcv valve also. Sand casted valve covers, and some cheap reverse cones I had in my parts bins,, I've rebuilt everything else I can get my hands on. From the tx750 swingarm to cartridge valves in the forks. It's a beautiful machine and runs just as good. And just as an added kicker it uses a 1940's French Auteroche headlamp with a custom p45-t Led bulb. Rear signals are harley sportster and the front are tiny strips on the headlight bracket. Rear rim was replaced with a mikes alloy and the front rim is on its way now. It's original-ish enough to be a 1982 heritage, but revamped enough to make it run 100x smoother.
The next few mods include a high output oil pump with external cooler some custom built rear shocks and disassembling everything to polish, paint, and put a final touch to tie it all together. It's a sleeper that runs light to light so quick even liter bikes are hard pressed to catch my tail.

What a beautiful machine

ShaggyMech said:
I have many photos of it and my TX750A survivor but they are to large to upload. Not sure how else to share them and the videos of them running.
Click to expand...

if you have a laptop or desktop this is a very simple and easy way to resize JPEG files.
https://visualizer-photo-resize.en.softonic.com/

Thanks 650Skull, this weekend I will throw up more photos. I am currently rewiring my xs650 to include dedicated high-low headlight relays with a light switched hand control. Removing all the wiring for the reserve lighting relay garbage and removing the headlight relay connection from the starter safety relay. My LED headlight has been having some truly bizarre problems so i am isolating the entire section. I will create a thread for the How-To with a lot of pictures and an updated wiring diagram in case anyone else cares to have their headlight powered directly from the battery instead of through a massive loop of interconnected BS. The factory service manual has been a great help.

Shout out to RESTO for the badges, now mounted on my XS2 project 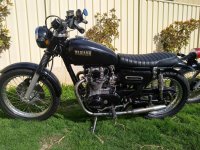 Caseyhard said:
Shout out to RESTO for the badges, now mounted on my XS2 projectView attachment 188612
Click to expand...

Took it around the block after mounting sissy bar mod. Runs good. 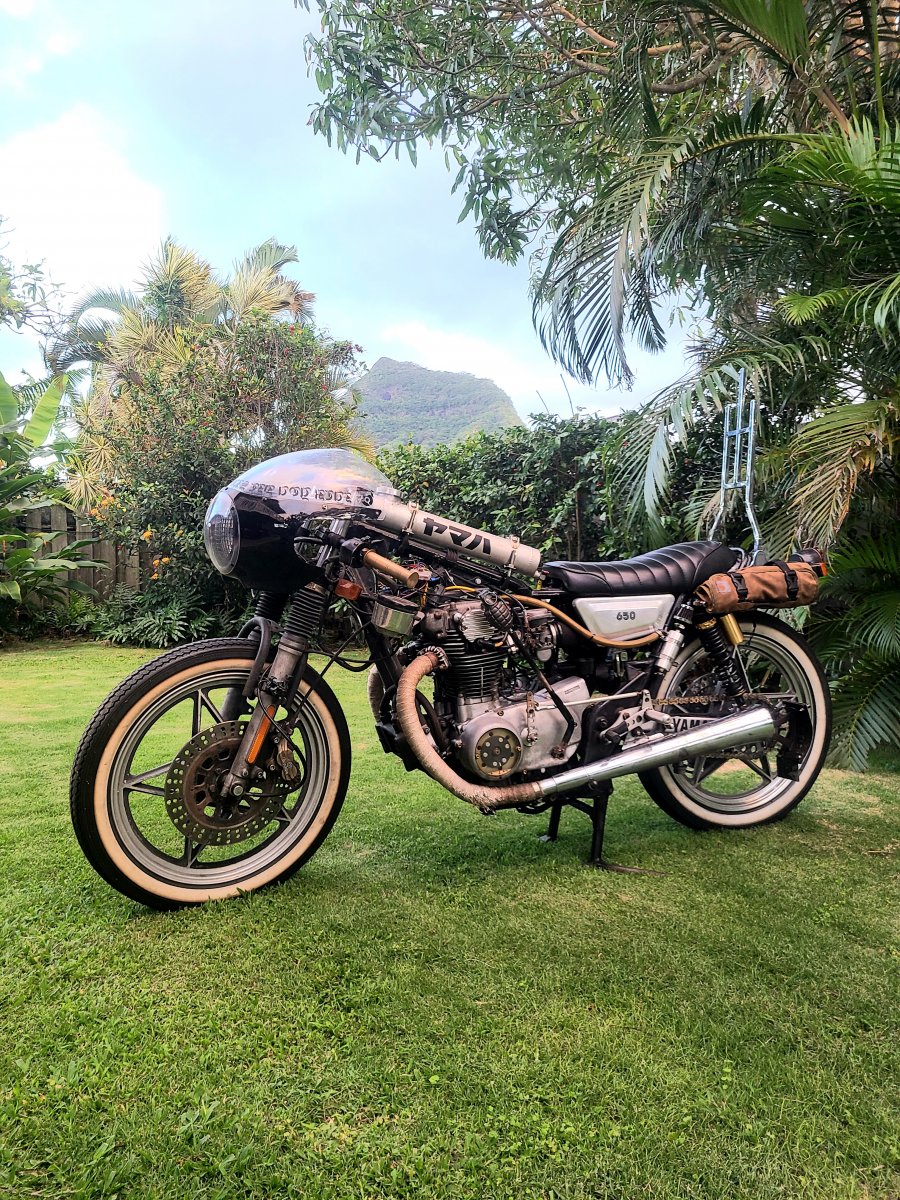 I assume it doesn't go too much farther than that on a full tank of gas. 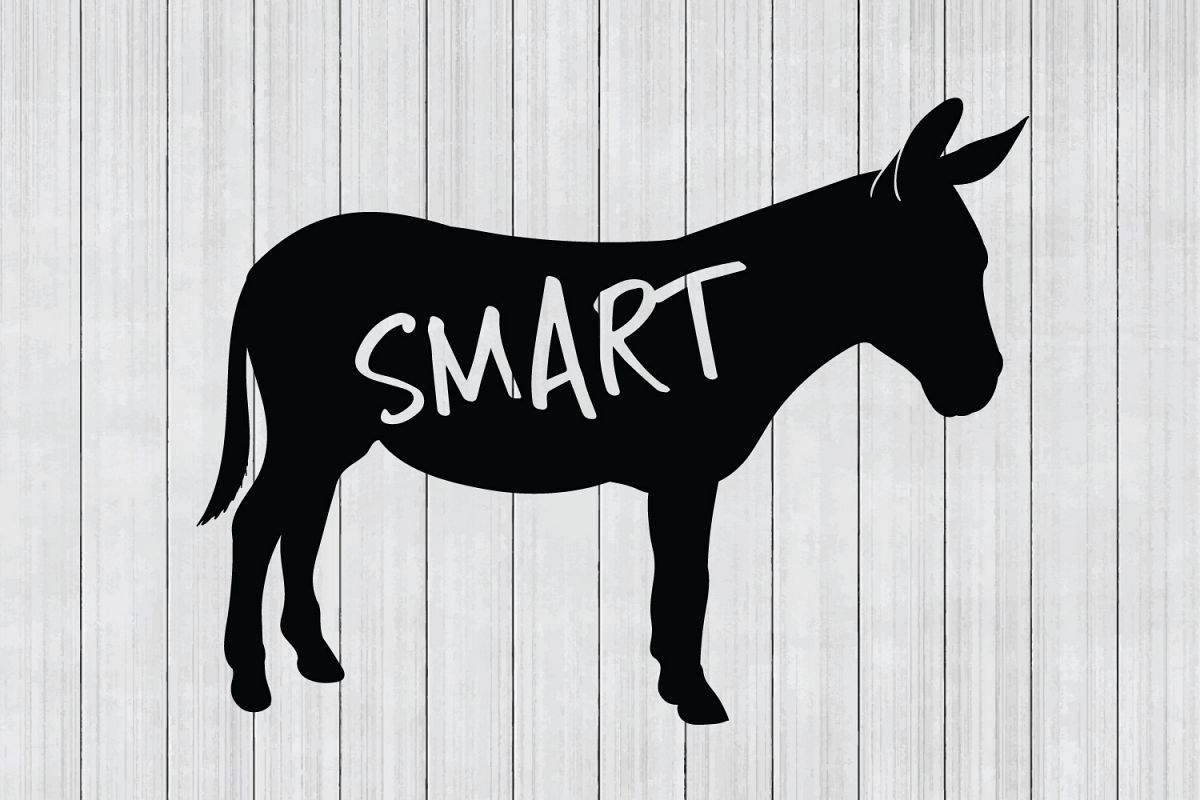 There are none so blind as those who will not see.

Picked up yesterday from previous owner after being in storage for many years. Needs tires and air filters from sitting but runs gr 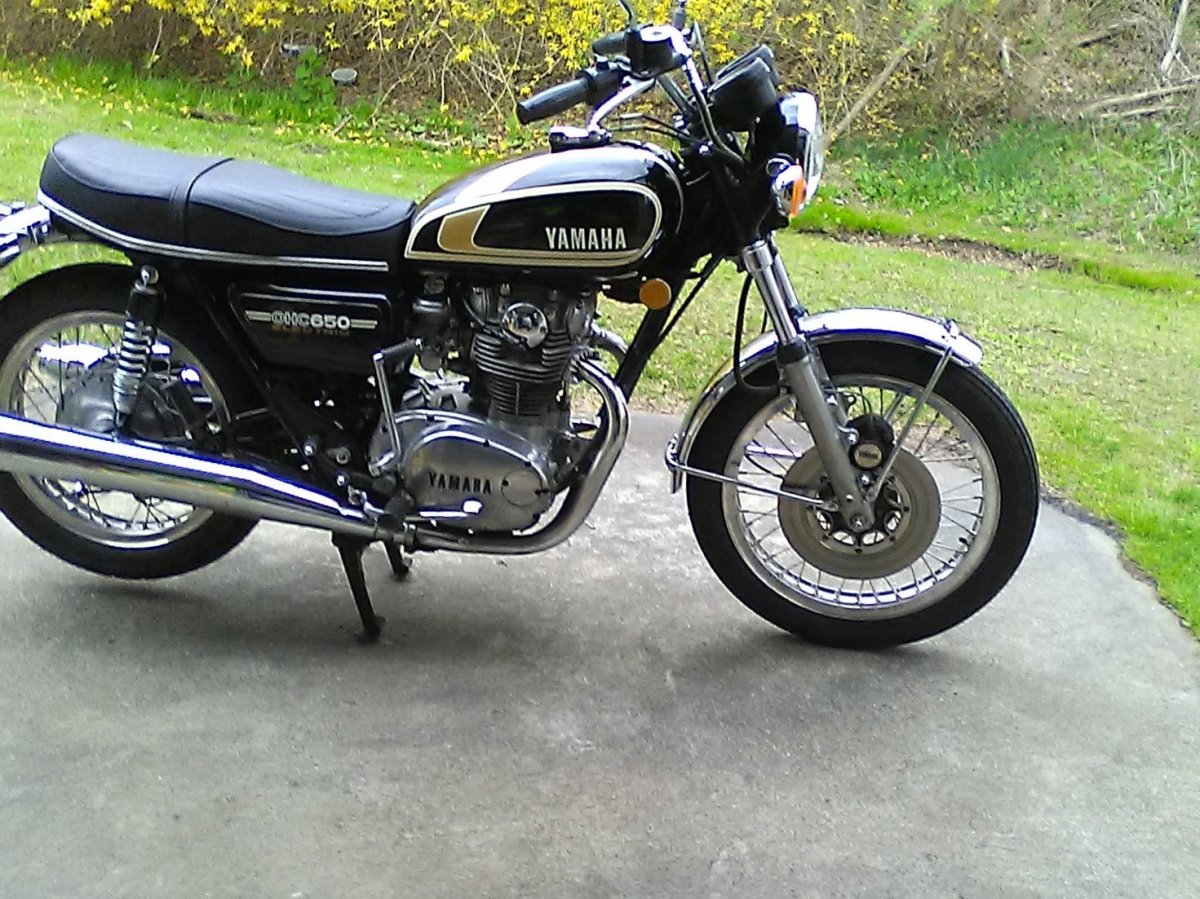 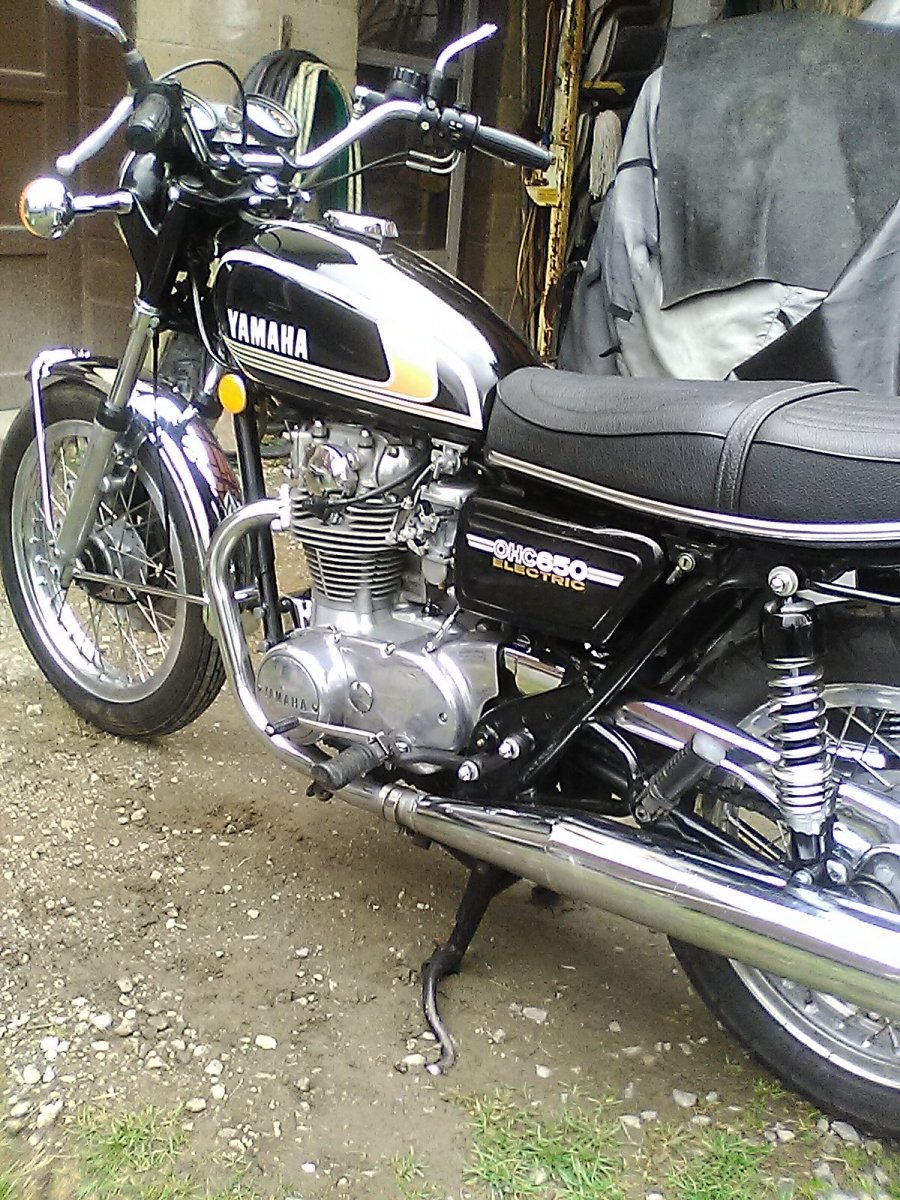 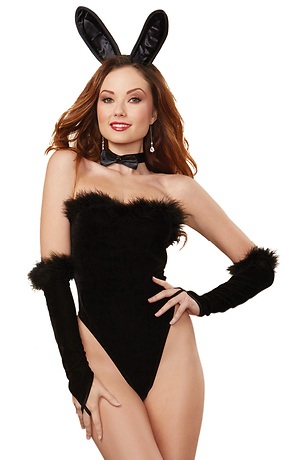 Dang, thats a nice looking 75 (my favorite year) I sure would like to find one that clean.

Spring is here. 32 years after it was parked it's on the road again. 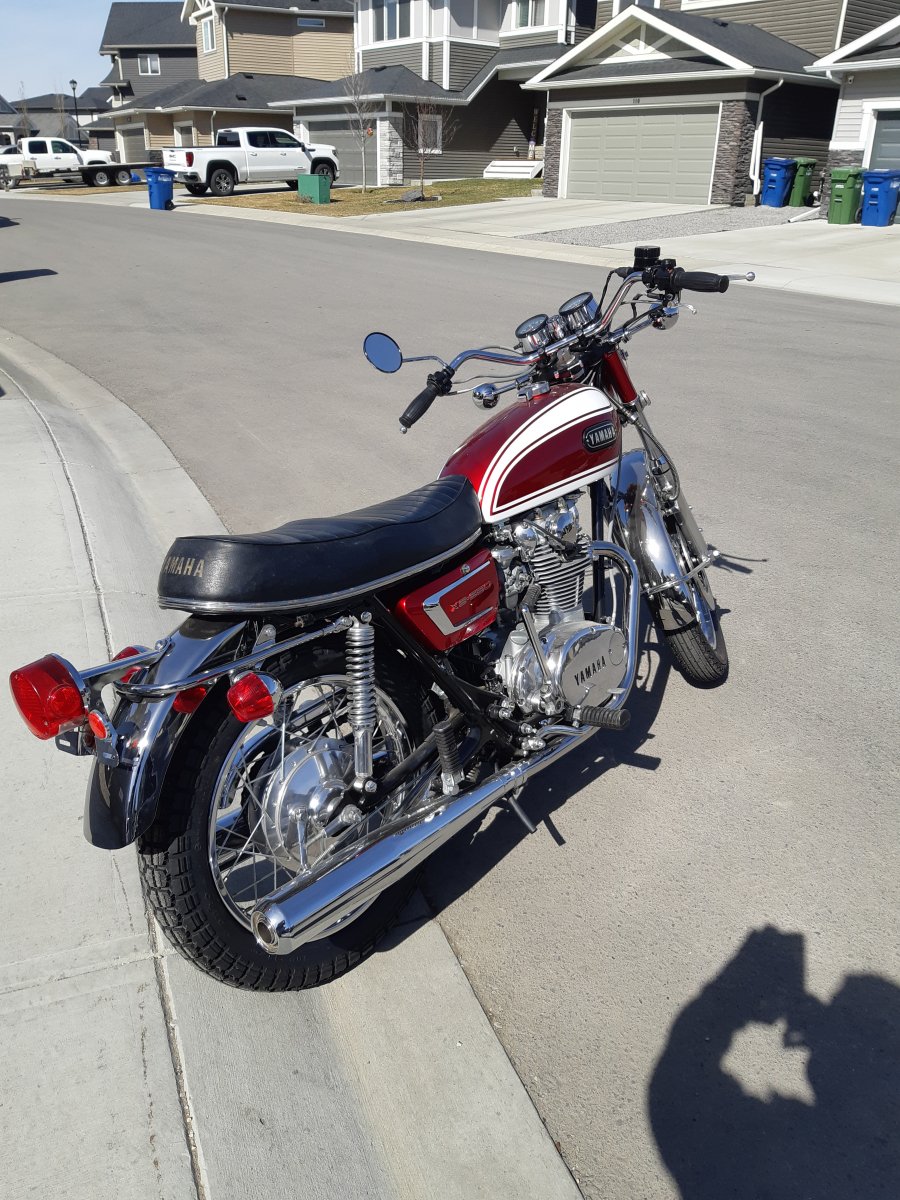 Fullcircle said:
Spring is here. 32 years after it was parked it's on the road again. View attachment 189770
Click to expand...

Fullcircle said:
Spring is here. 32 years after it was parked it's on the road again. View attachment 189770
Click to expand... 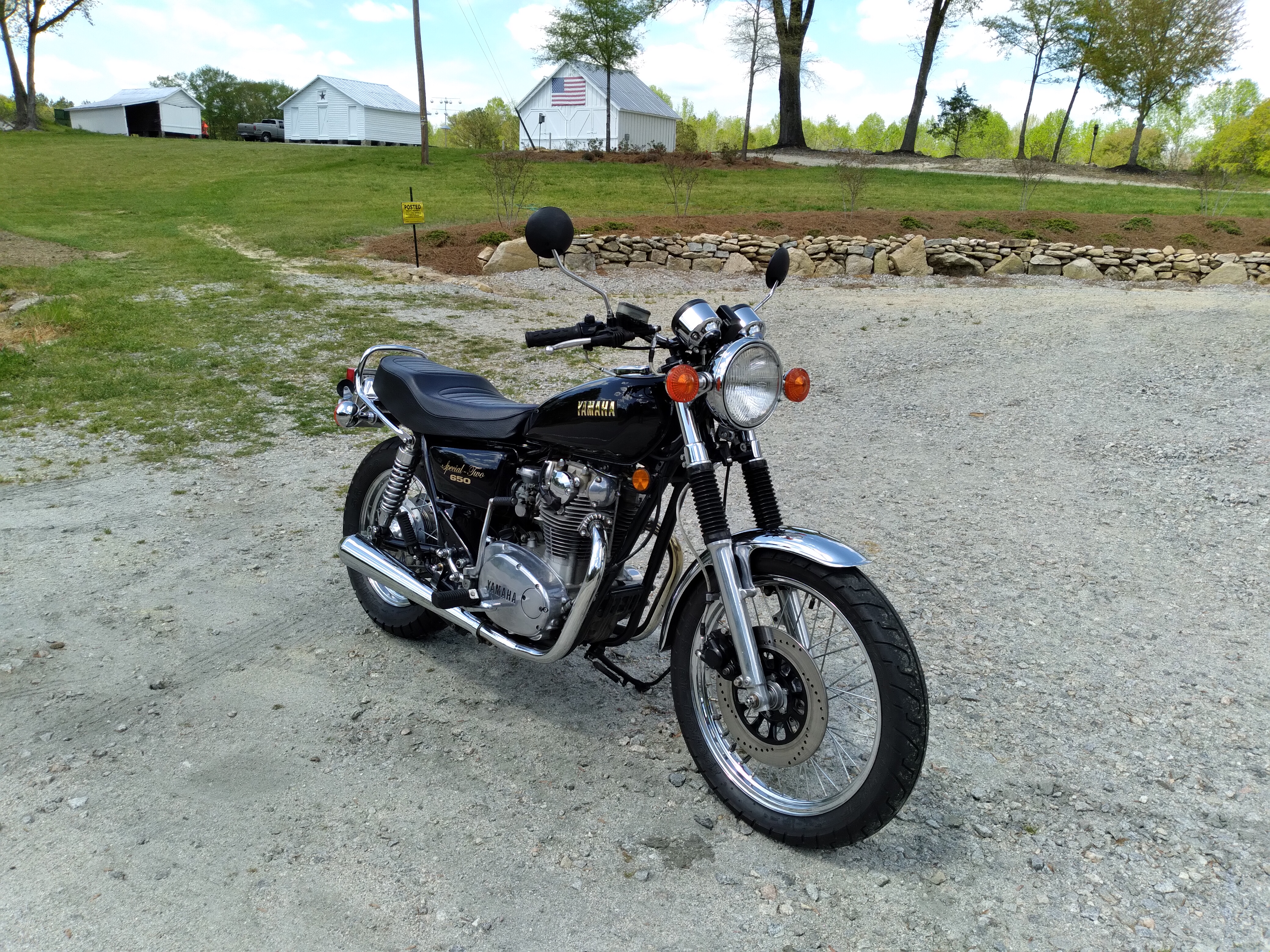 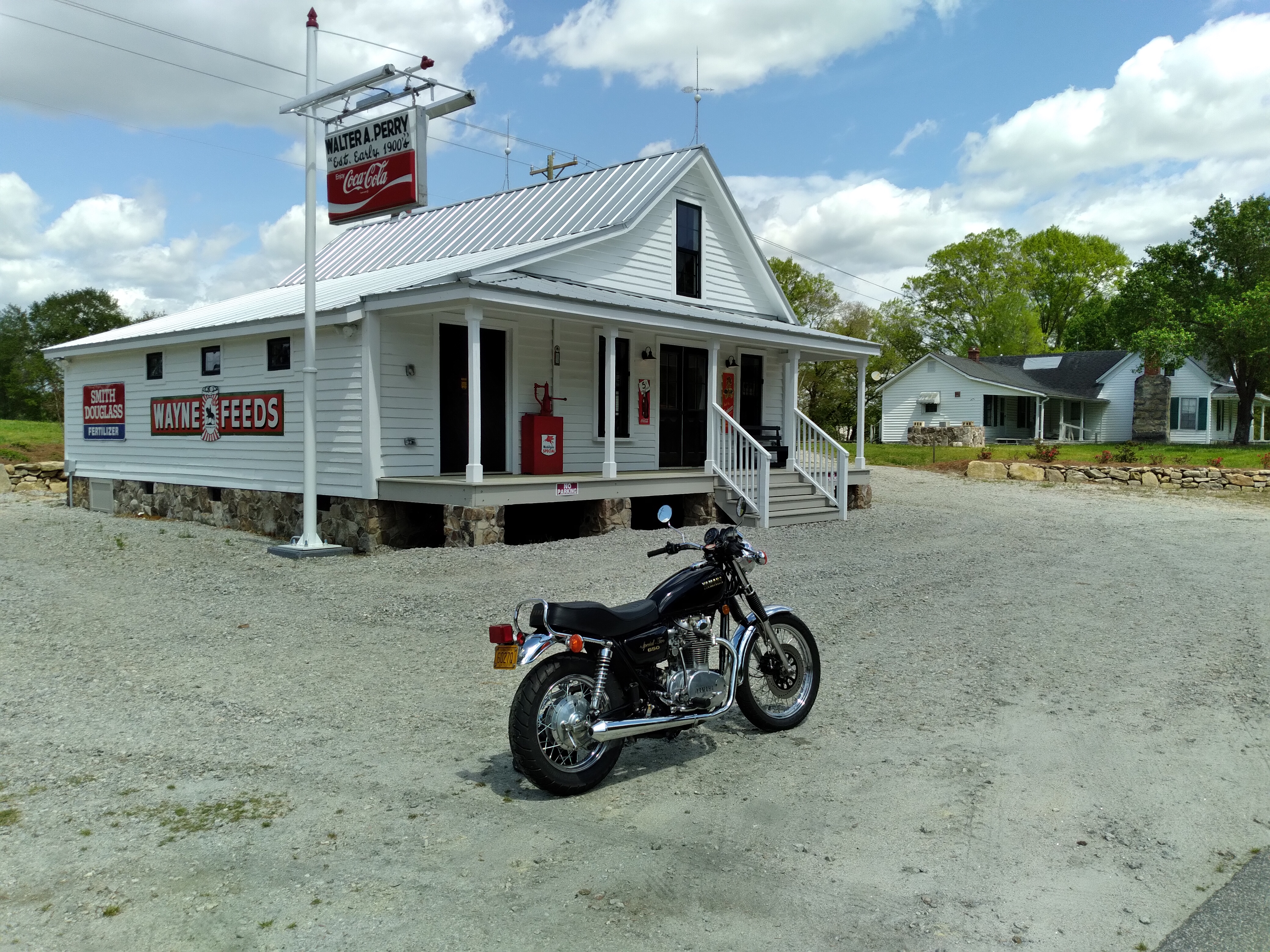 I'm really liking the new Shinko 712s along with the new Xring chain and Japanese steel sprockets...My KYB shock's preload was set on the firmest setting..so backed it down to position #2... All together these updates have made a big difference in handling and ride quality....It has taken me the better part of 2 years to conclude that I will keep this one much longer than I had thought I would originally...
Last edited: Apr 22, 2021