I was recently sent this photo by a riding buddy, who found it in a Globe and Mail (Canadian newspaper) article. It is reportedly from 1925. These lunatics had balls of steel! One of the many interesting things about this photo is where it was taken, the Rosedale Ravine in Toronto. This has been a very high value real estate area for over 100 years, and there is no way motorcycles have been permitted in the ravine for decades. I'd be really interested if any of you guys have more info on this one. 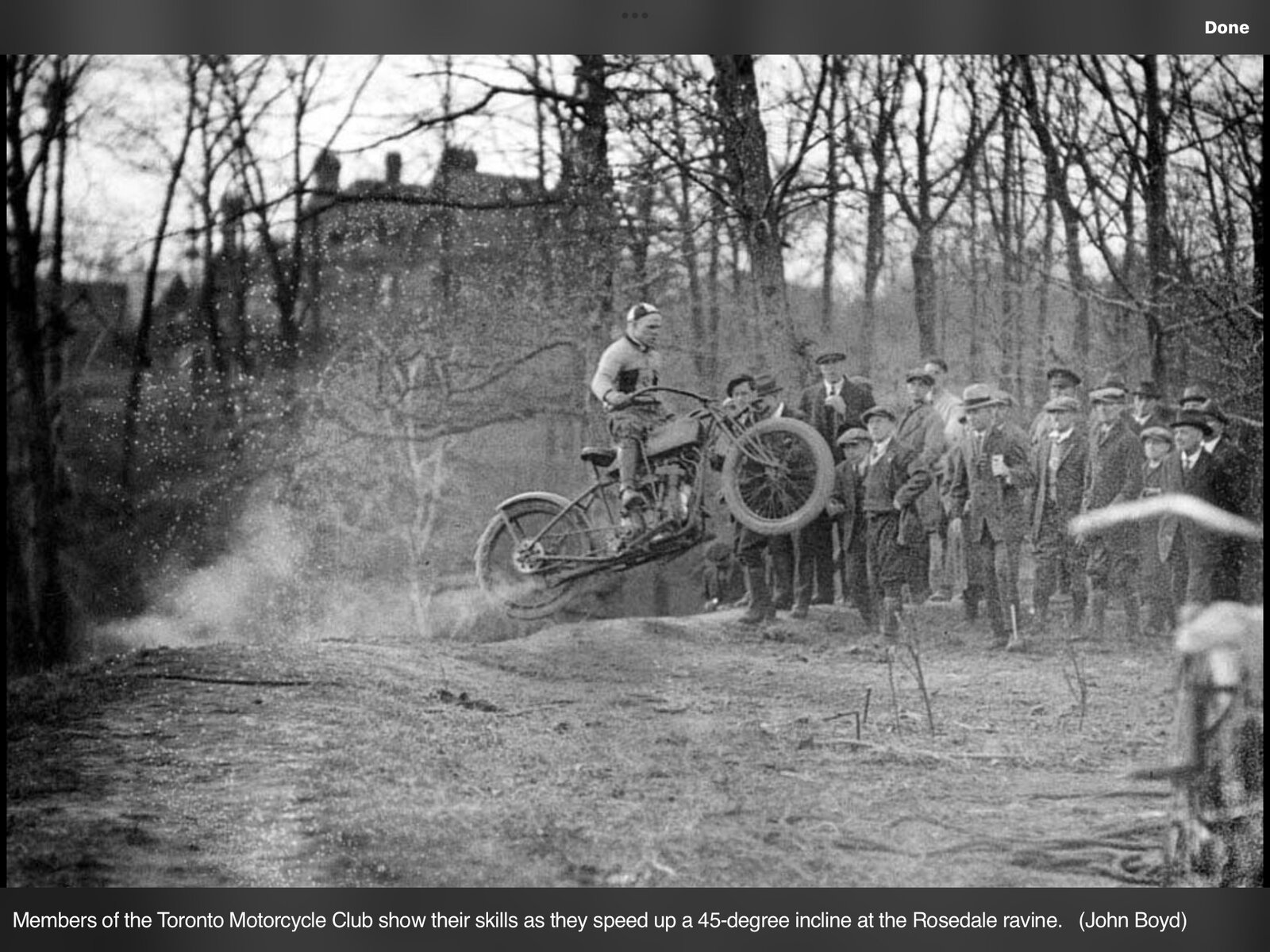 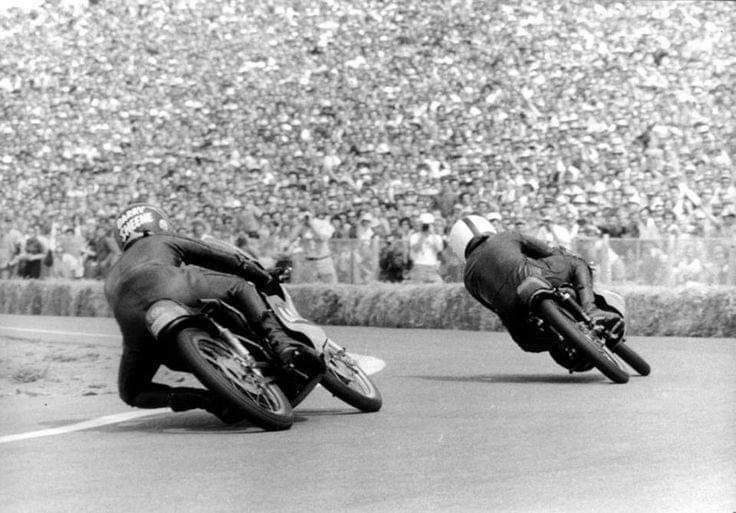 I will try to support this thread with the pics I come across that help define "racing then and now". 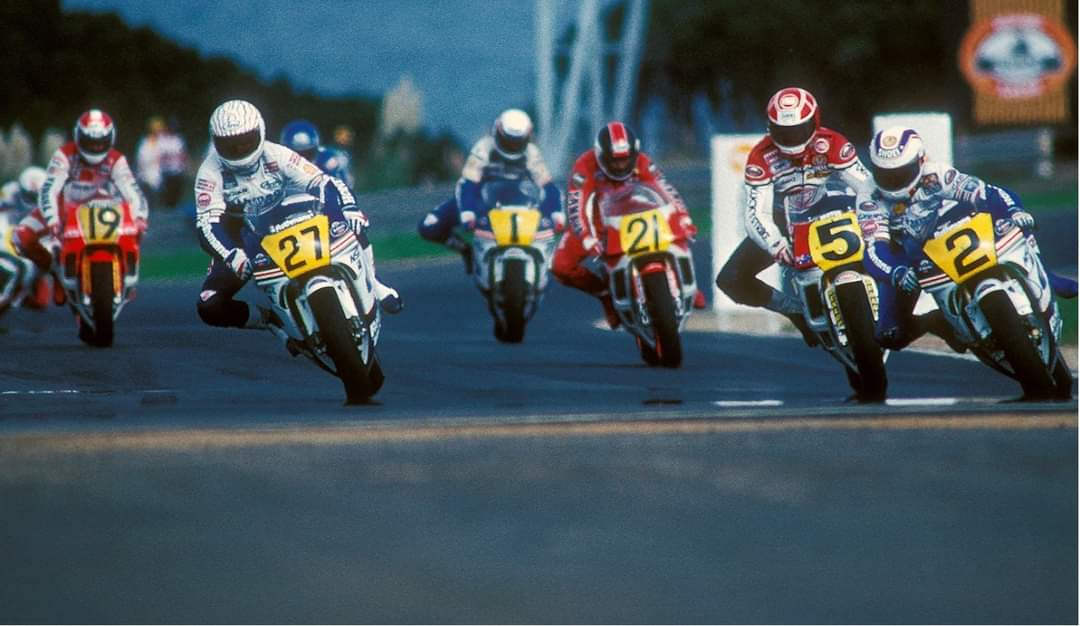 DustinHarrison said:
Yeah you are right people search out their interesting topic on every social platform. Same like in forums people look out their favorite discussion topics. This sort of picture which you posted can be replace with HarleyDavidson's sports motorcycle to experience sports more efficiently.
Click to expand... 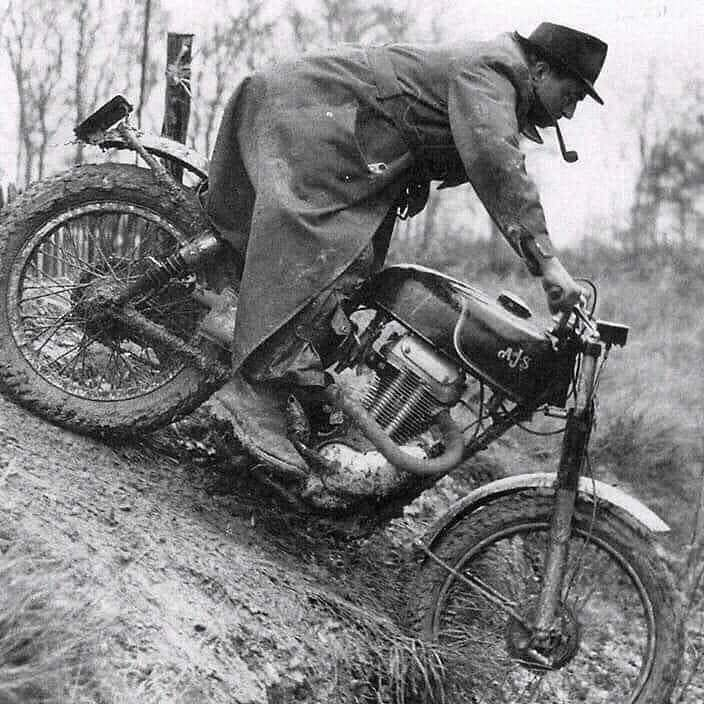 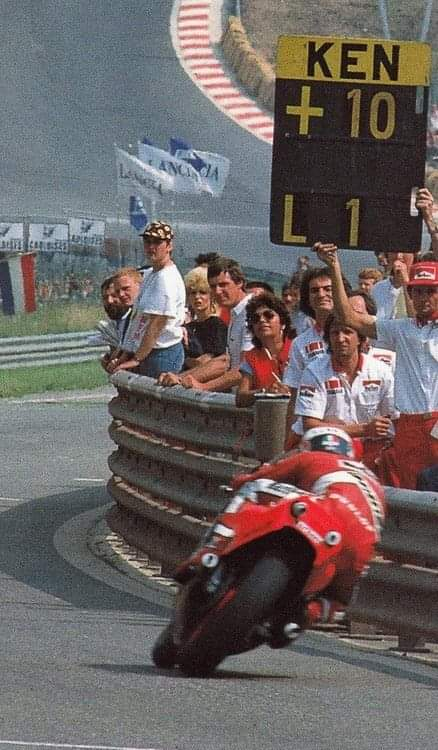 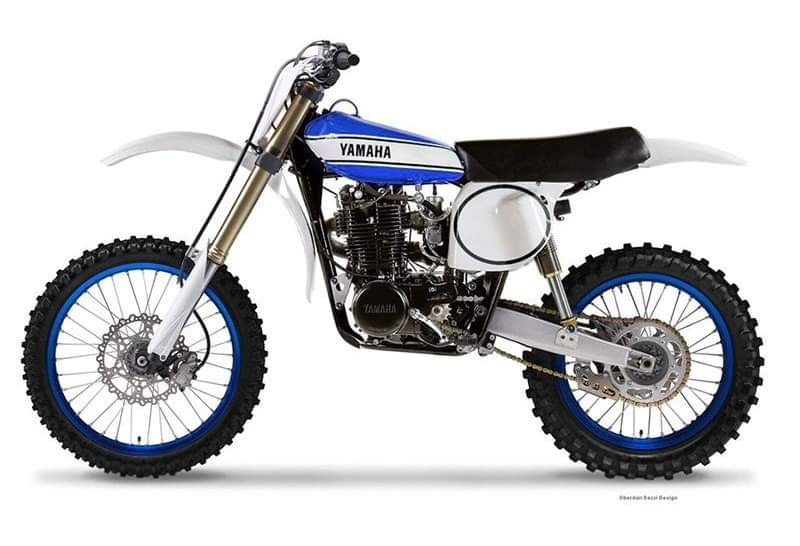 I watched the Isle of Man races on YouTube last night.

Those guy`s are totally NUTS.

When was the transition from a "sidecar" to what became essentially a three wheeled formula car? 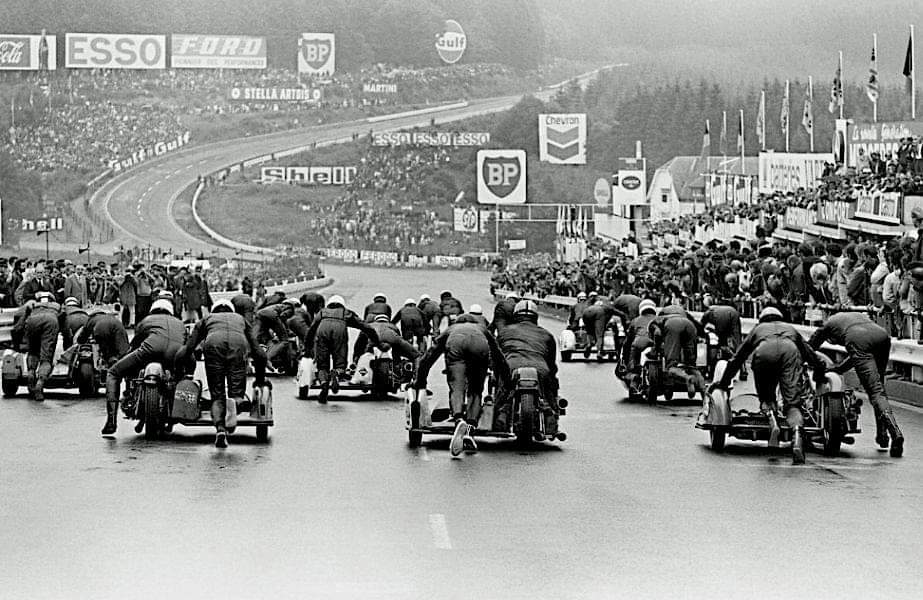 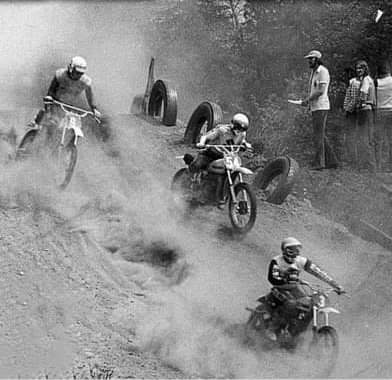 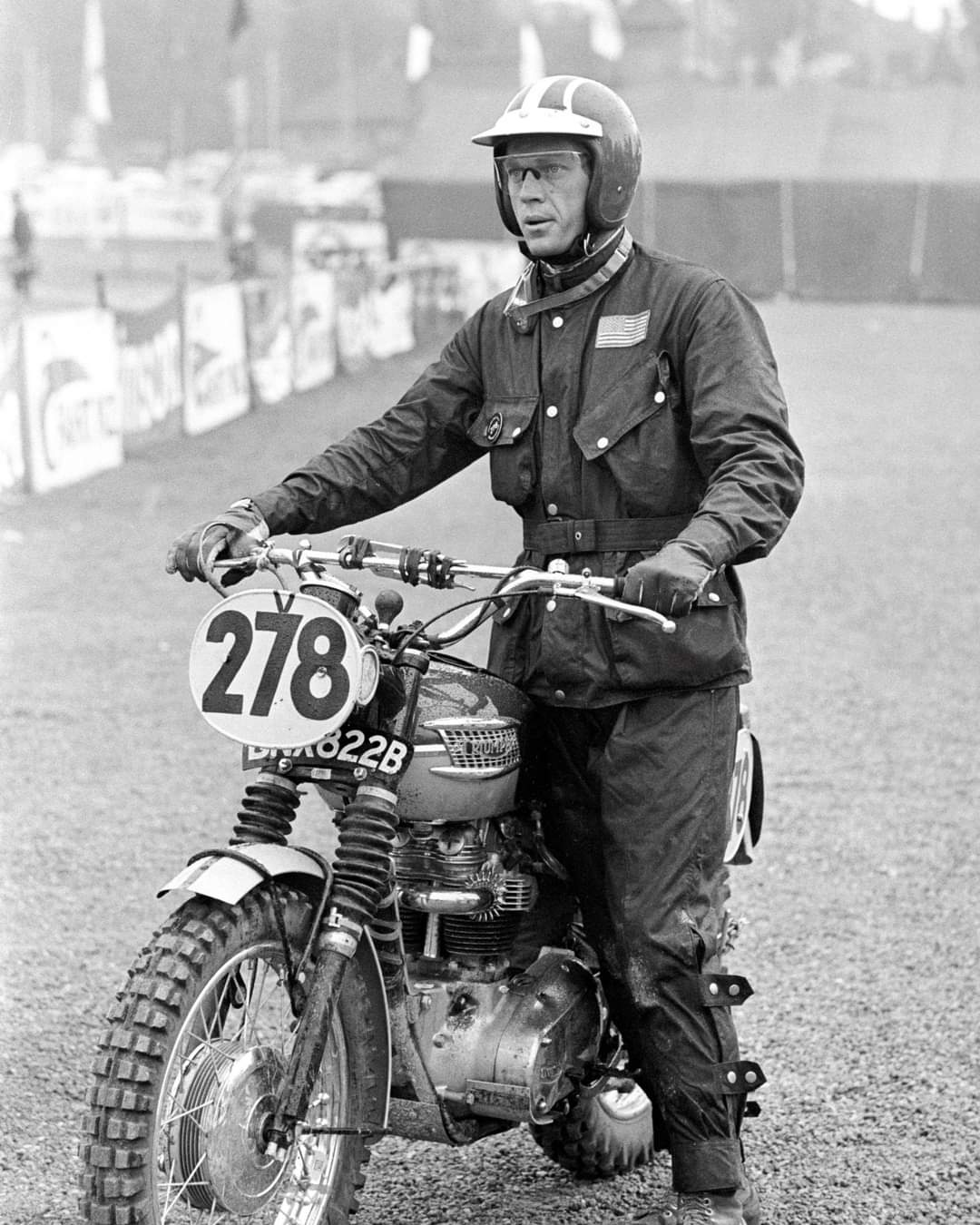 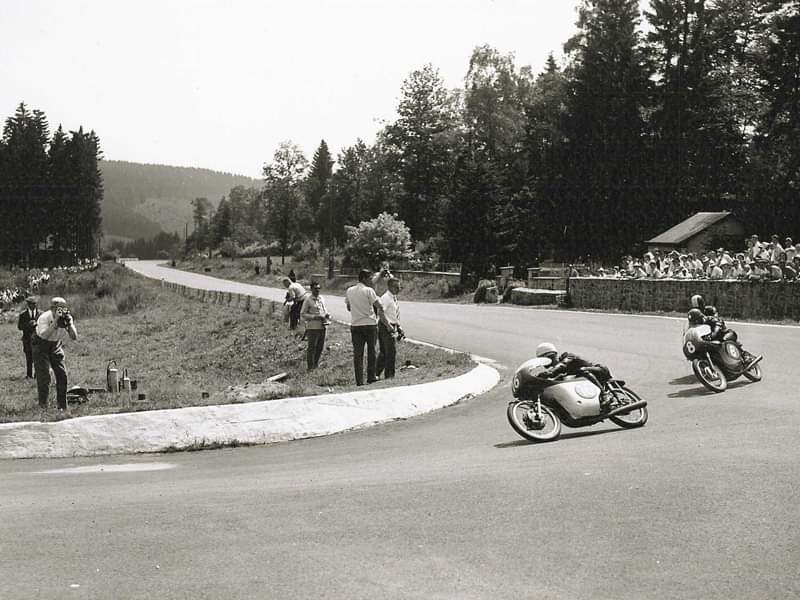 I guess it started when Louis Christensen in Switzerland started his monocoque riveted aluminium sidecar combos.
So I guess it must have been in the early to mid seventies as the first engines used were TZ 500's afaik.

Just another day at the office for Super human Marc Marquez! Who lost the bike and saved it by actually pushing himself back up off the ground! 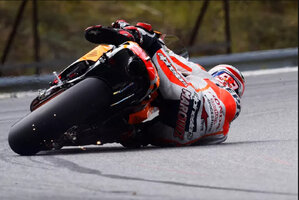 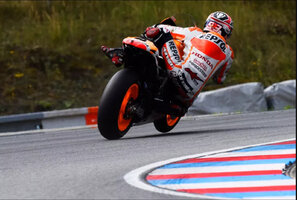 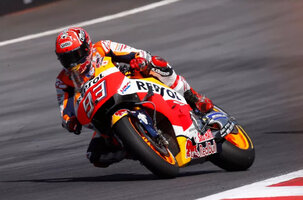 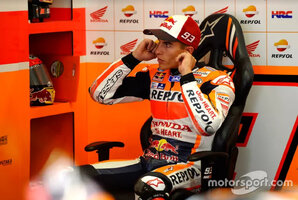 "When these things happen it's because you are pushing and on the limit. I lost the front end.

"There was a moment where I thought I was crashing, but I'm a rider who doesn't let go of the bike until the final moment and I managed to save it with the elbow, which was starting to burn already because the overall had a hole.

"Then I kept pushing with the knee, and then once I saved it I said 'box' to calm down."

Marquez said his leaning angle during the save was 67.5 degrees, a smaller number than in 2014.

I guess it started when Louis Christensen in Switzerland started his monocoque riveted aluminium sidecar combos.
So I guess it must have been in the early to mid seventies as the first engines used were TZ 500's afaik.

Piqued my interest, Thanks.
http://lcr-sidecar.com/links/index.html

@Kevin Werner
Yup from afaik Louis is already for a good couple of years in pension.

Song of the Sausage Creature