I just broke my '80 out for the season and I am reminded just how shit the brakes are on my bike. The rear drum is probably a lost cause but I would like to make the front brakes better, cheaply. I rebuilt the caliper when I painted the bike since it was sticking on, but the problem turned out to be the master cylinder so I just replaced that with a new aftermarket one from something else. The system seems to work fine and it feels the same as it did stock but the lever is just really heavy and it takes a lot of force to get some real deceleration. I don't think it's so bad it's particularly unsafe, but I would like to have a lighter lever with more feedback.

Googling it brings up some posts from about 12 or so years ago talking about swapping over two piston calipers from different bikes and getting bigger, drilled rotors. Anyone tried one of these swaps? I've also heard people mention steel brake lines as something that improves lever feel. I'm looking for relatively low effort and cheap but I can fabricate parts if needed. I don't need sport bike performance, but it would be nice to not feel like I'm strangling someone every time I have to come to a stop quickly.

Try switching your master cylinder to a smaller diameter, around 12mm. That mod is supposed to improve braking feel and provide better modulation. If you are using new pads on old glazed rotors, it wouldn’t hurt to deglaze them to allow the pads to bed in better.

I've put Ferodo Platinum pads on both of mine and quite like them. At first they don't feel much different but once they bed in, in like a hundred miles or so, I think they work very nicely. I also drill my discs, install stainless lines, and switch to a slightly smaller MC. I have a 1/2" on one, an 11mm on the other. Both improve the "feel" and modulation compared to stock. The 11mm seems to give a bit more improvement but at the expense of more lever travel. Both are used stock units from other Yamaha models. This allows use of your original lever and brake light switch, and they accept the reverse thread right mirror. 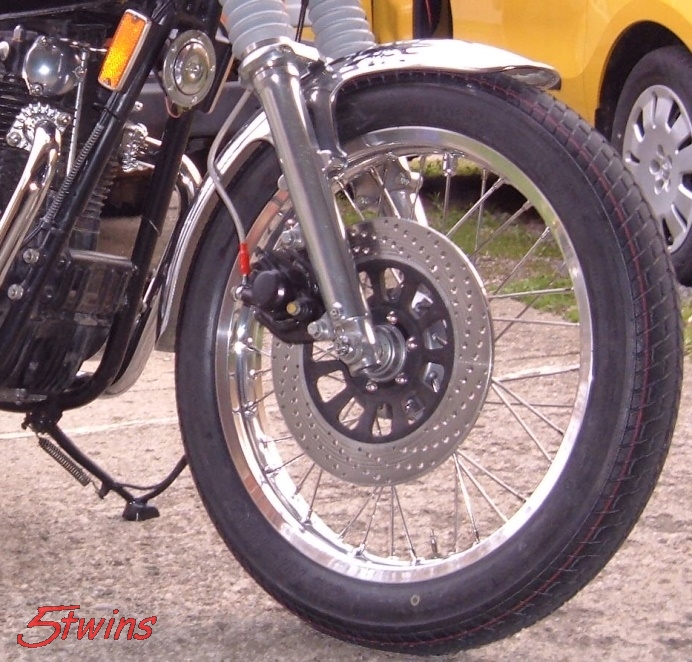 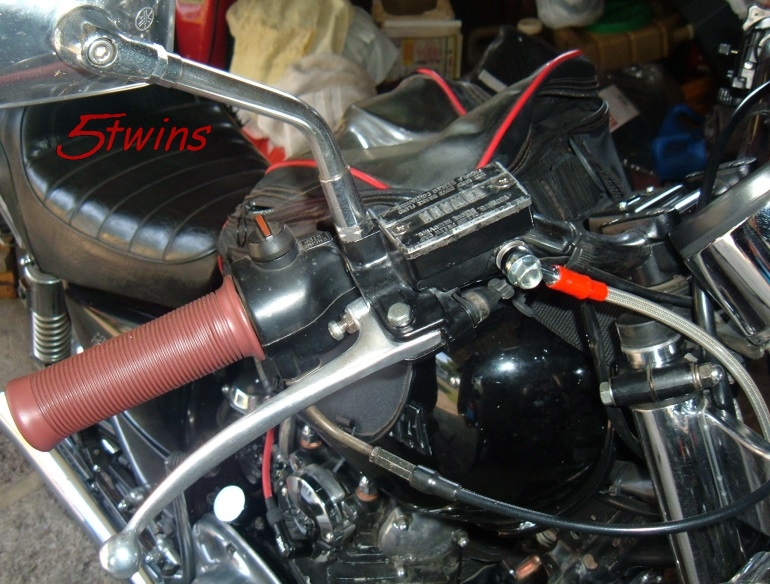 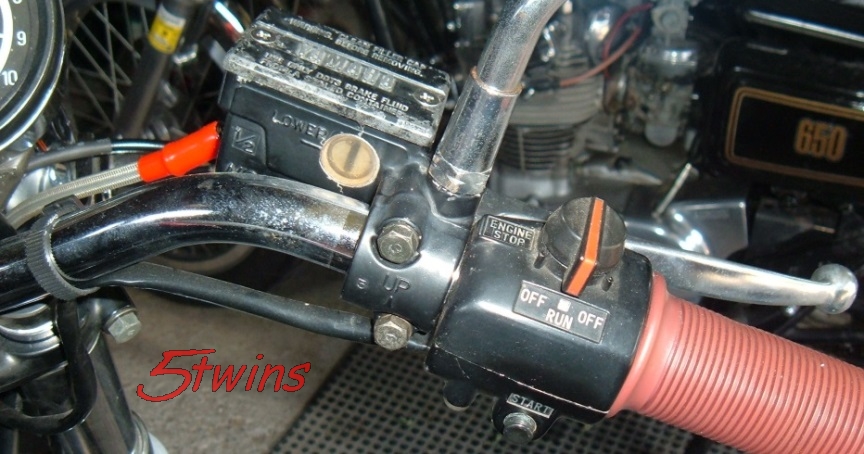 There is lots of info on this site about caliper and disc upgrades.
The upgrades already mentioned are a lot easier to do than fitting a different disc and caliper. They will work and meet your requirement.
I have a R1 bluespot caliper with a Brembo disc , braded steel line and a 10mm mater cylinder on my road bike and I like it but its not low effort or cheap.

Yes, I guess you would call my approach the "budget" method. I got everything off eBay. The used MCs were around $20, the stainless lines less than $10, and the pads about $25. The MCs were disassembled and cleaned but didn't need to be rebuilt. All they got were new stainless screws in the lids. The fact that both units could be made serviceable again with just a cleaning attests to the high quality of the O.E.M. Nissin MCs. Here's the 11mm on my other bike ..... 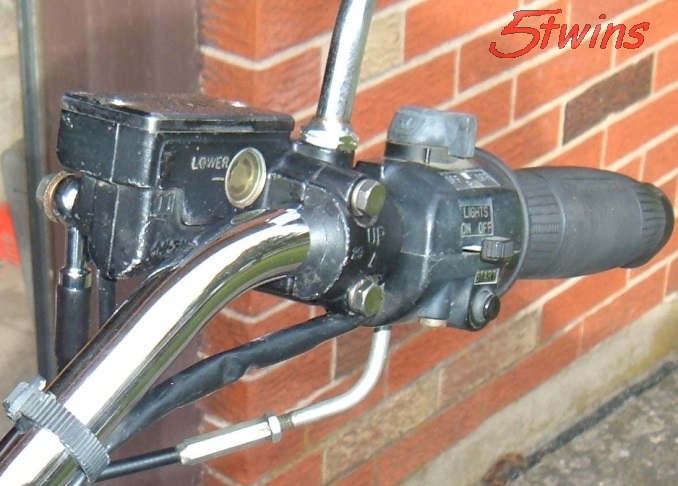 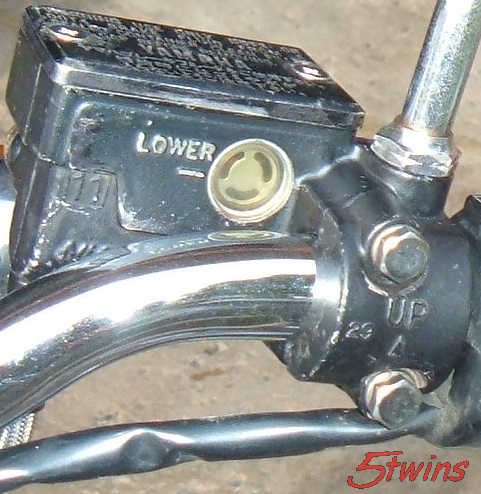 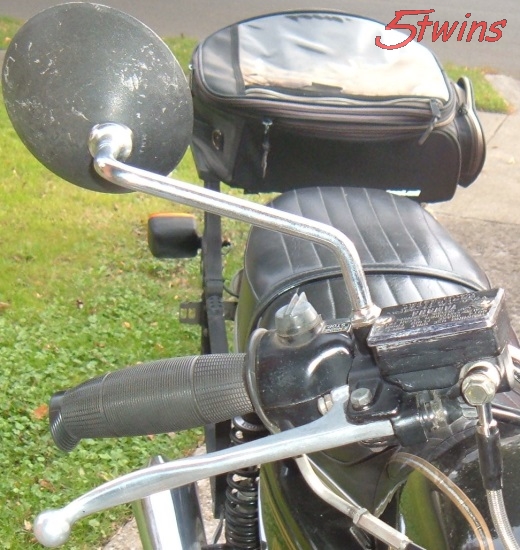 I like the suggestions and I will probably be doing steel lines and nice pads at least, but I just figured out today why they suck so much this year: One of my fork seals let go and is leaking shock oil continuously, directly onto the rotor and pad.

Improve your pad life today with patented self lubing brakes!

oberling said:
I like the suggestions and I will probably be doing steel lines and nice pads at least, but I just figured out today why they suck so much this year: One of my fork seals let go and is leaking shock oil continuously, directly onto the rotor and pad.

Improve your pad life today with patented self lubing brakes!
Click to expand...

Keeps the rotor from corroding. Pads will last forever too!

I went with a repo RD350 M/C this winter. 12.7mm. The static feel seems better. I will report back after 1st ride. A habit I always had was "hard brake at the first stop", traffic conditions allowing of course, to feel the system and train the body response.

Both of my bikes have stock brakes, both bikes have replacement master cylinders of stock configuration, new stainless braid front brake lines, rebuilt front calipers with new pads, resurfaced disc rotors, completely went through the rear drum assemblies, cleaned , greased all moving parts, new brake shoes and sand the drum surface to take the glaze off. All that said, the stock brakes can work surprisingly well if everything is in good working order. I can stop both bikes hard with just two fingers on my front brake lever.
These nearly 50 year old bikes will never stop like a modern triple disc brake sport bike with ABS, but they can be very good and safe to operate when you do all the necessary maintenance.

Everything you ever wanted to know about the rear drum brake, by @5twins 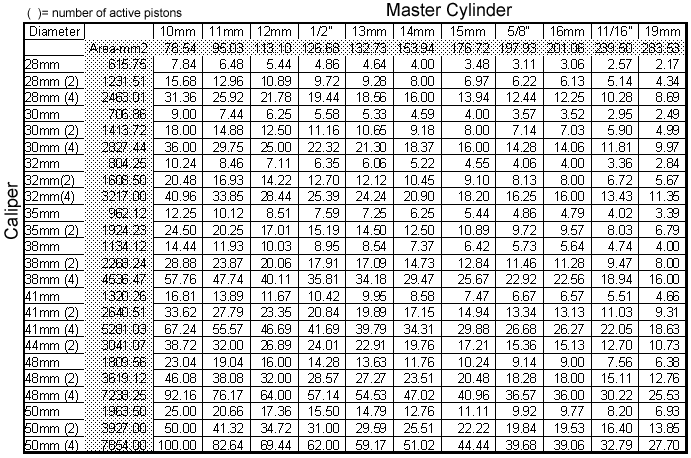 The above is from MMM at 650 Central (Vintage Brake)

The above chart with the 650 sizes marked. Also, some comments from 3M on what MC sizes he suggests and likes ..... 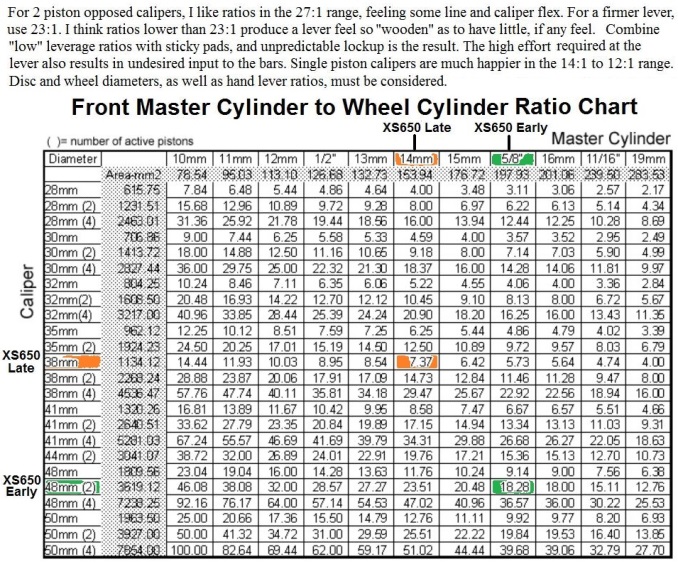 Om my 74 RD350A, which has exactly the same 2x48 mm caliper as 76 and older XS, I use a 13 mm Brembo MC. With good pads and a teflon lined one piece hose, the stock 267 mm single disc works fantastic. Two fingers lock the front wheel easily.
T

Ok, I gotta weigh in on this, I have a '77xs that had terrible front brake. Got parts from Mr. Morse that made it better. I also have a 2012 Bonneville that has a single front disc,and that bike can stand on its nose with 1 finger. Why can't we make XS stop that good? Ideas anyone??

Just ran into this
https://www.ebay.com/itm/2247494563...uid=tW1migcmQPO&widget_ver=artemis&media=COPY
unusually well documented 11mm lever is a bit different....
Don't know if it has the Yamaha mirror thread. Includes yamaha type brake switch.
Price ML $40 as of 6-2022 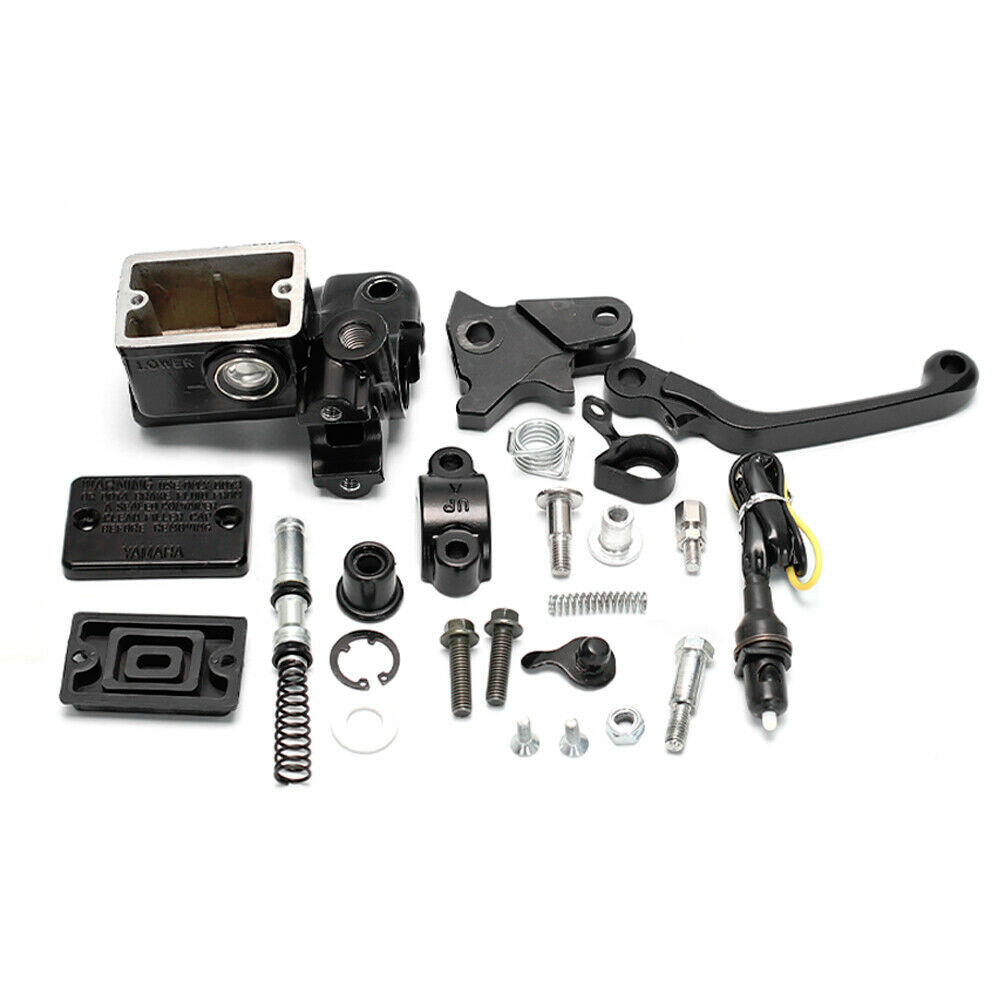 TT500man said:
Ok, I gotta weigh in on this, I have a '77xs that had terrible front brake. Got parts from Mr. Morse that made it better. I also have a 2012 Bonneville that has a single front disc,and that bike can stand on its nose with 1 finger. Why can't we make XS stop that good? Ideas anyone??
Click to expand...

Not that I've done it, but it seems to me a larger diameter single disc and 4 piston caliper might do the trick. Making the bike lighter would also help.

.Second link is his album with measurements for the caliper mount bracket
https://www.xs650.com/search/208468/?q=Brembo&t=xfmg_media&c[users]=retiredgentleman&o=relevance

A heads up that clearance from wheel spokes can be a vexxing issue with four pot calipers. Most of them were designed/used on mag wheel bikes.