C'mon along for a ramble.
First off: This is all @2XSive fault.
About a year? Ago he mentioned in passing he had a line on a Norton in Florida. Ever the optimist i said hey I'd be interested. Months pass. In a brief interlude of sanity, I sold the commando project that was already on my lift.
I now have a TX750 that needs to go live at @desmoman900 temple of speed in Dalongea GA. But one bike does not make for much of a van trip.
Next up, a semi forlorn XS2 accidentally landed in the shed of ill repute.
HMM a little hinting and marketing later after @GLJ bows out. @BowlingSS finds room for one more "needs love orphan" in his spotless speedy build shop in Lawrenceville GA. With an excuse to visit @JRP01in Edison GA at the ready a trip is set. But seriously friends, return to The Great White North with an empty van?? Can't have THAT, a couple tugs on 2SXs chain and the norton is now in his trailer. A couple days of negotiating and the deal is made, JRP is in FLA for a rally with a trailer and room for "one more bike", he's picking up the commando at noon today. and tonight we meet at his place for the hand off. A couple pics with more to follow. and the Norton rebirth thread I promised @2XSive to document has begun.
Easy peasy right?
Stopped in Nashville on the way down to look at a gray market Toyota awd TD van... 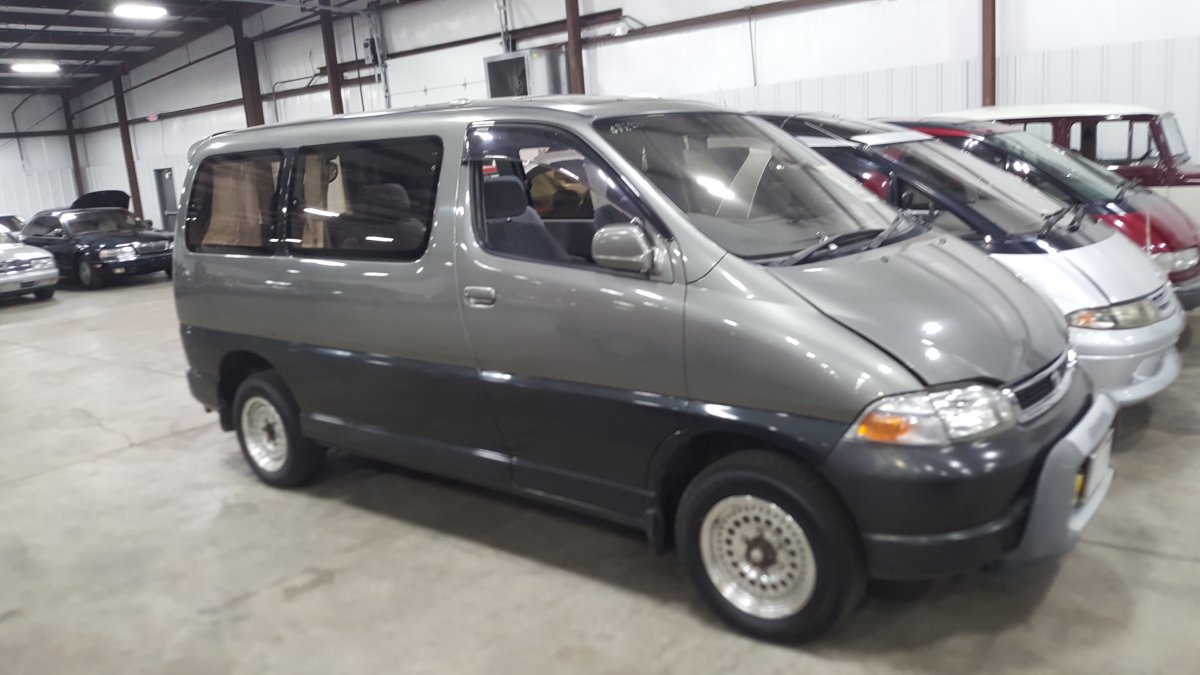 chaves takes delivery on the TX750. even better than advertised? 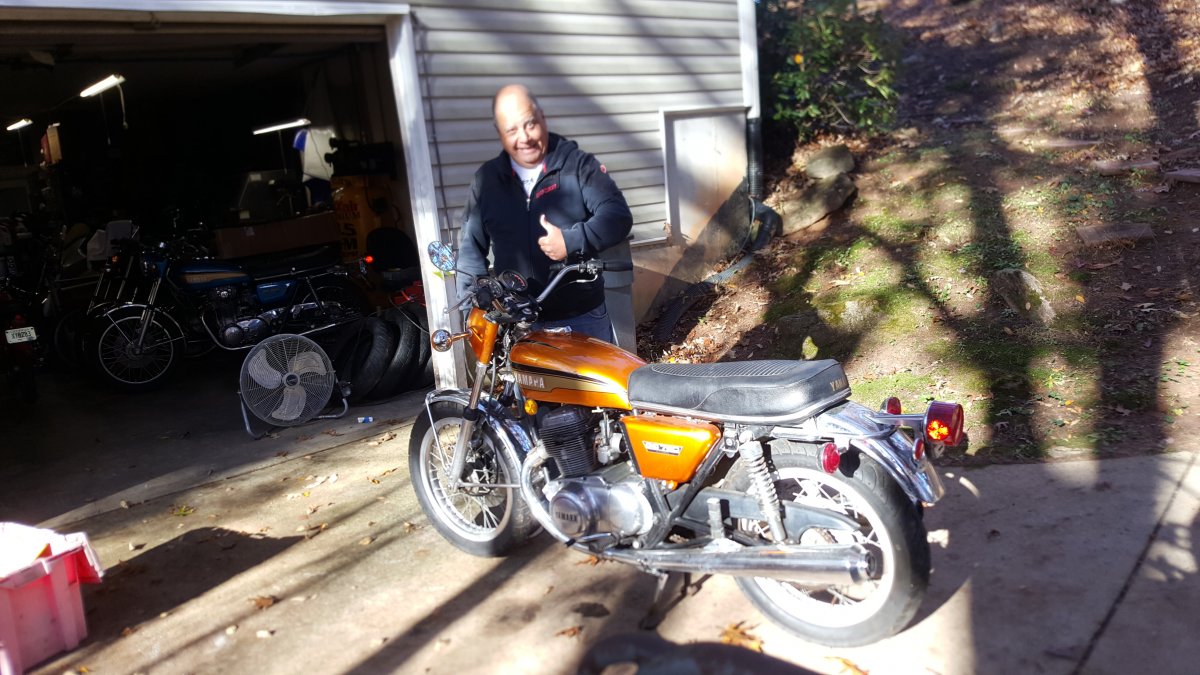 Bill and I at the hand off of the XS2 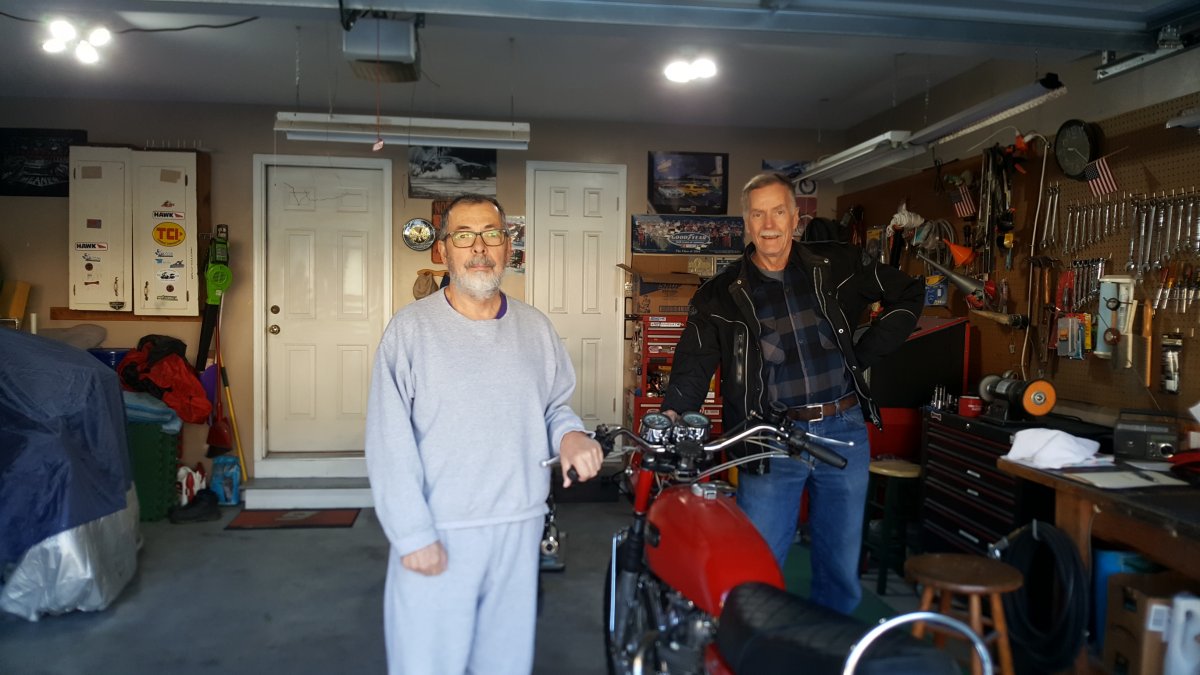 At Stone Mountain GA NOW for some tourist stuff. Ugh pics on phone I'll straighten this up later.

Thanks Gary. Enjoyed your short visit and of course the delivery of my next project.
2

The Norton is on it's way North Gary! It couldn't have ended up in better hands. Maybe I'll make a trip to Wisconsin and you'll let me take it for a spin next summer, lol?

I used to work for a Norton dealer in the 70’s. Those were some fast bikes and like my Flattrack bikes the shifter was on the right. Need to see pictures when it gets to it’s home, Gary.

Chaves Forced, FORCED, me to ride the Indian FTR. Jimminy crickets, shouldna done THAT!
Was great meeting Bill and chatting for a bit. he's got some serious racing history under his belt.
Stone Mountain.

Can't wait to see the Norton when i get to jp's

You would have to force me also,,,NOT…
2 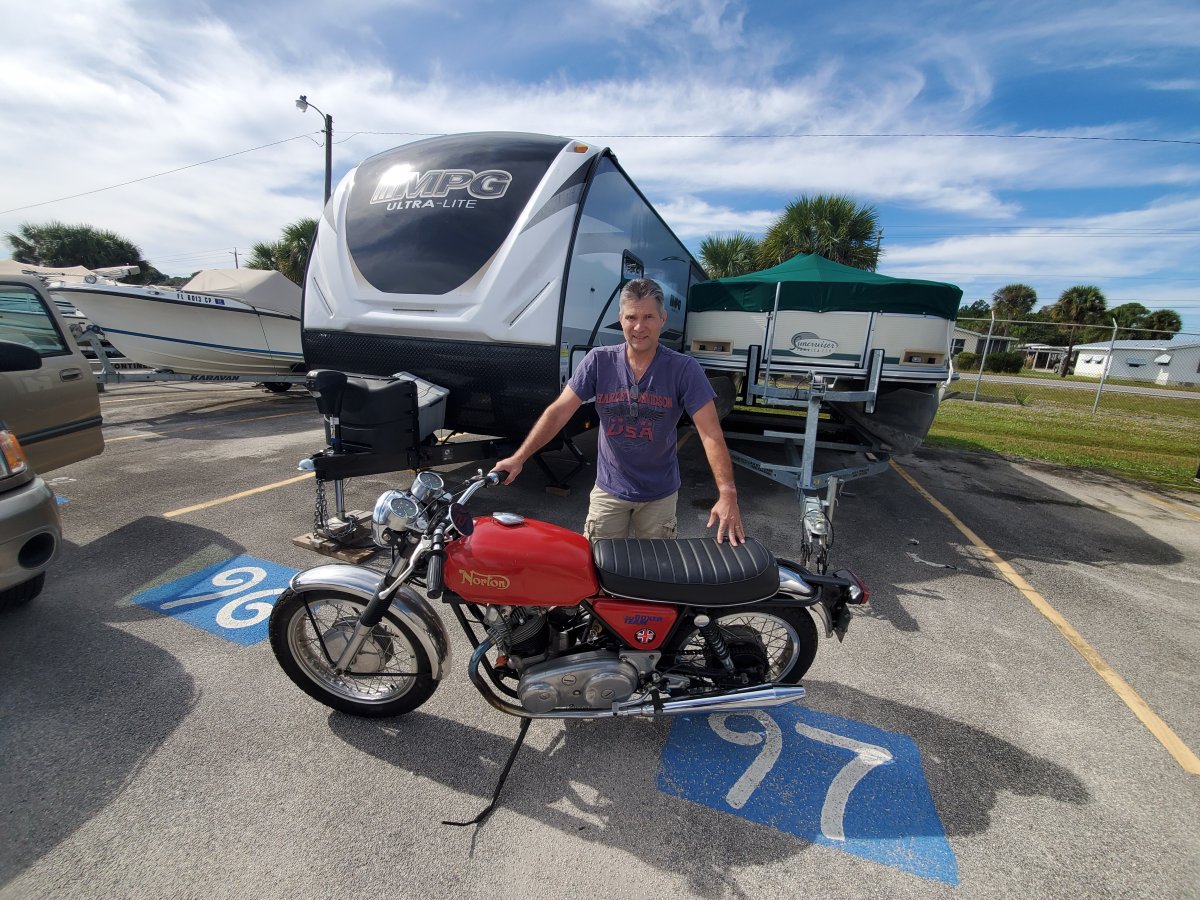 Wooow look at that kick stand is it stock caterpillar tracked earth mover or from a Johan Deere tractor
No risk not remember take in
Will it stick out behind the rear wheel in the up Position ( joking )
Cant remember them be so big. What year model 72 ??

It looks like the one I had but mine was black. I like it. Is first gear one up and the rest all down?

Got a sneak flashlight preview in the trailer tonight at JPs place.

When I rode it, I think I had him wondering if I was coming back. No, I did not get lost.

Us old farts should be shot.
JP n I headed out for lunch, this may take a while. 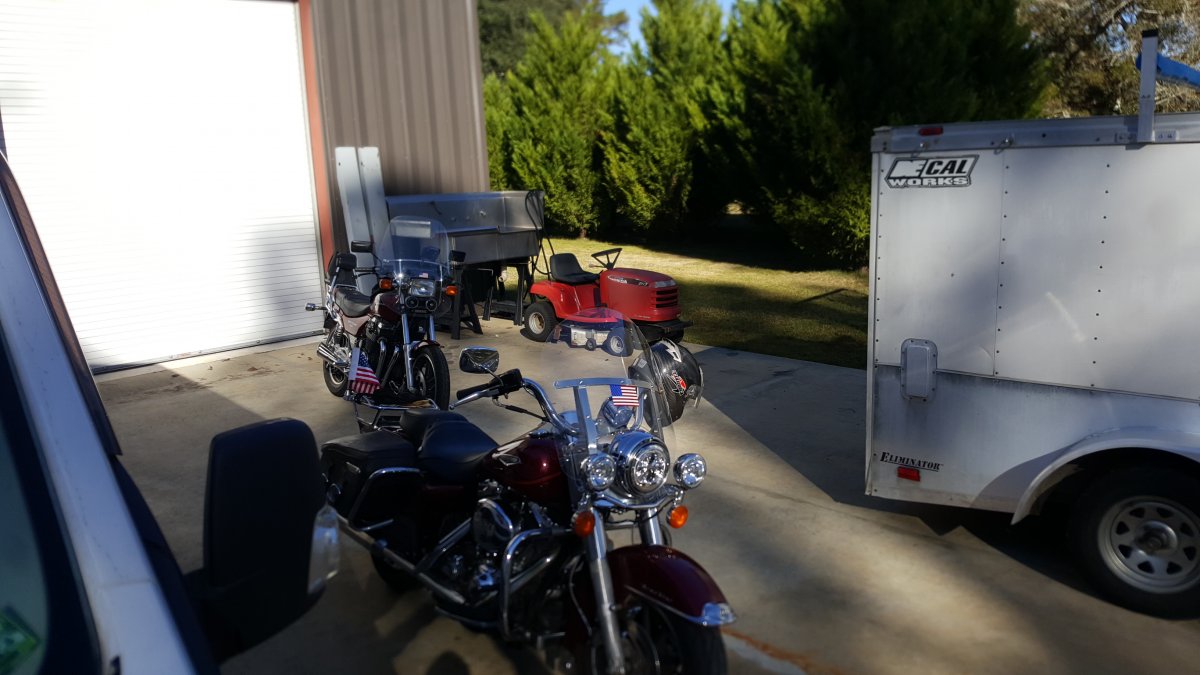 Yeah mid 70's for the left side shift unification. Another thing we have our government for dictating. Part of that legislation that said what all the button and switch symbols had to look like, where everything had to be located.
That's a good looking Norton though. God I lusted for those back in the day.

I heard Dave Aldana say that of all the bikes he raced, the Norton was his favorite.

jetmechmarty said:
I heard Dave Aldana say that of all the bikes he raced, the Norton was his favorite.
Click to expand... 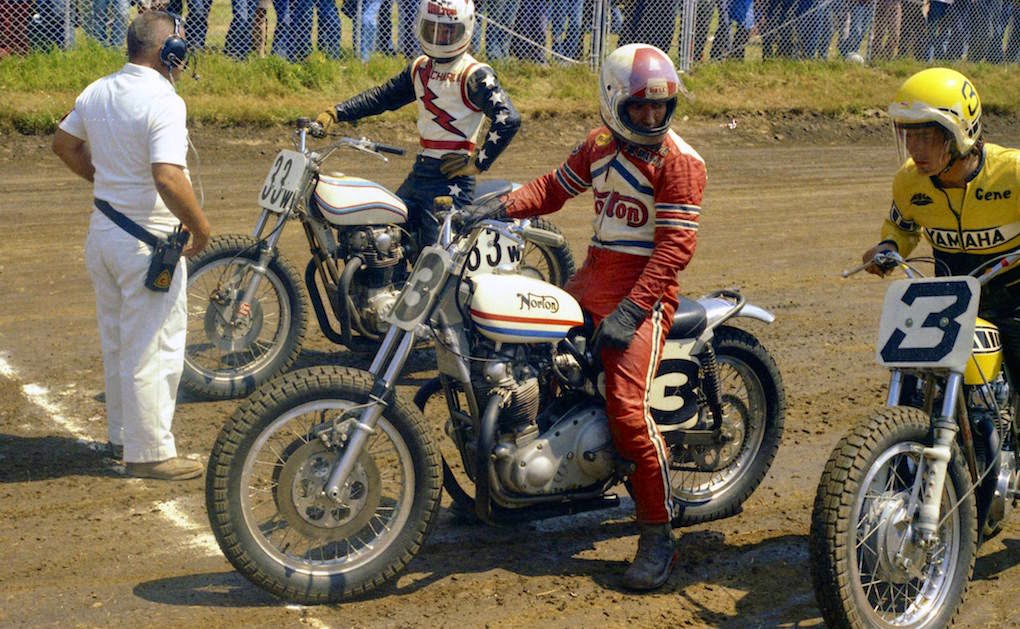 It's a conspiracy. JPs Norton. 2nd ride of the day a short 20 mile blast.

Headed north now. Should make it to GLJs tonight.

Are you going home empty?

Different bike, but they could be sisters....

jetmechmarty said:
Are you going home empty?
Click to expand...