I thought I'd start a discussion on electric power and the tech improvements that seem to come out daily now. Cars, trains and airplanes... motorcycles, bicycles... you name it, if it moves you (pun intended), let's see it.

I know @gggGary has started several discussions on electric bikes and motorcycles. Perhaps he can drag his mind away from reed valves long enough to link 'em here? 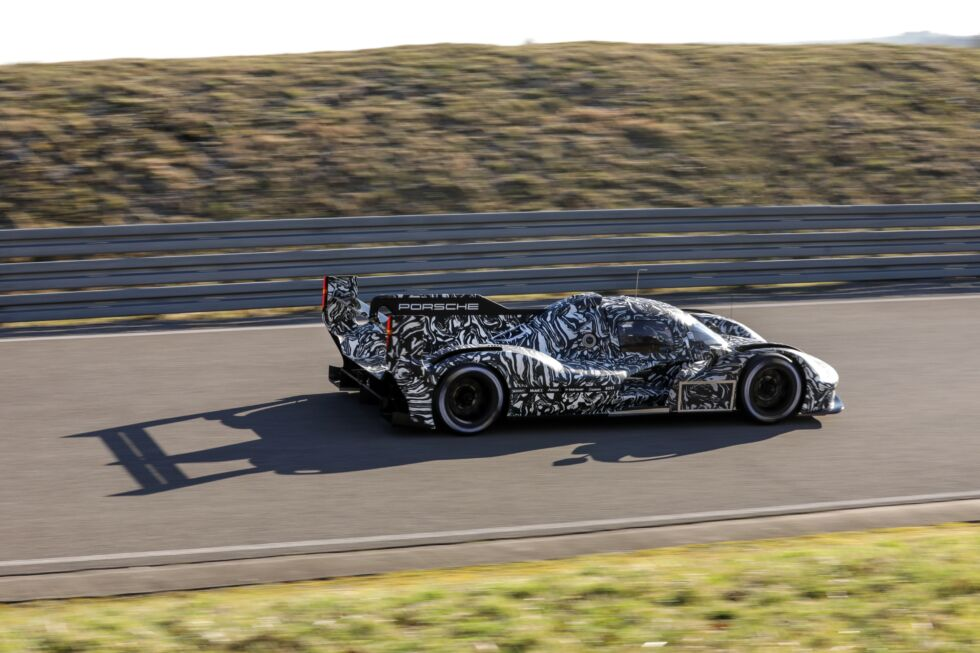 ) Todays fun was rehabbing a bud's dead chain saw. Fortunately completing a bunch of long neglected maintenance had it back sawing logs lickety split.
I don't follow F1 but a couple of my buds n I were talking about this, and F1 has been running seriously powerful hybrids like your porch example, for years now.
A thumbnail. "8 years, actually. 2014 cars was electric assisted by a giant capacitor, a system called KERS (kinetic energy recovery system). Full hybrid 4 years ago using a 400hp 1.5L gas V6 mated to a 500+HP electric motor. Battery is charged by a ultra high tech generator driven by the turbo shaft."

It helps to think of the batteries as just transmission devices, the energy is coming from elsewhere. So yeah your "green" car is only as clean as the power grid generators. There's been some progress on the fusion front. Gotta look into a bit of that.
But large strides ARE being made in many areas. I've been claiming your thesis for a while; internal combustion has seen it's meteor streaking across the sky.

Jan. 4, 2022 at 6:11 a.m. ET
By Matt Grossman
Ford Motor Co. has doubled its goal for manufacturing its new electric version of the F-150 pickup truck, targeting 150,000 per year, the automaker said Tuesday.
Ford said the increased production plans reflect high demand for the model. Almost 200,000 reservations have been placed for the opportunity to order one of the trucks, the company said.
The first group of reservation holders will be able to place orders for the electric F-150 beginning Thursday, Ford said.

Amazon has a big order in for electric delivery vans with delivery "next" year.

With our current living situation if pushed I think I could get 90% of my "needed" transportation from solar charged battery vehicles.
A "needs new battery" Nissan Leaf was up for sale pretty reasonable locally a few weeks ago. Thought about that some.

gggGary said:
Amazon has a big order in for electric delivery vans with delivery "next" year.
Click to expand...

DHL has placed orders for an all electric aircraft too. Yeah, a soft order for 12 ain't much, but it's a start.
"Alice" is currently undergoing ground testing and should fly in the near future. Link.
Is that thing sezy or whut!! 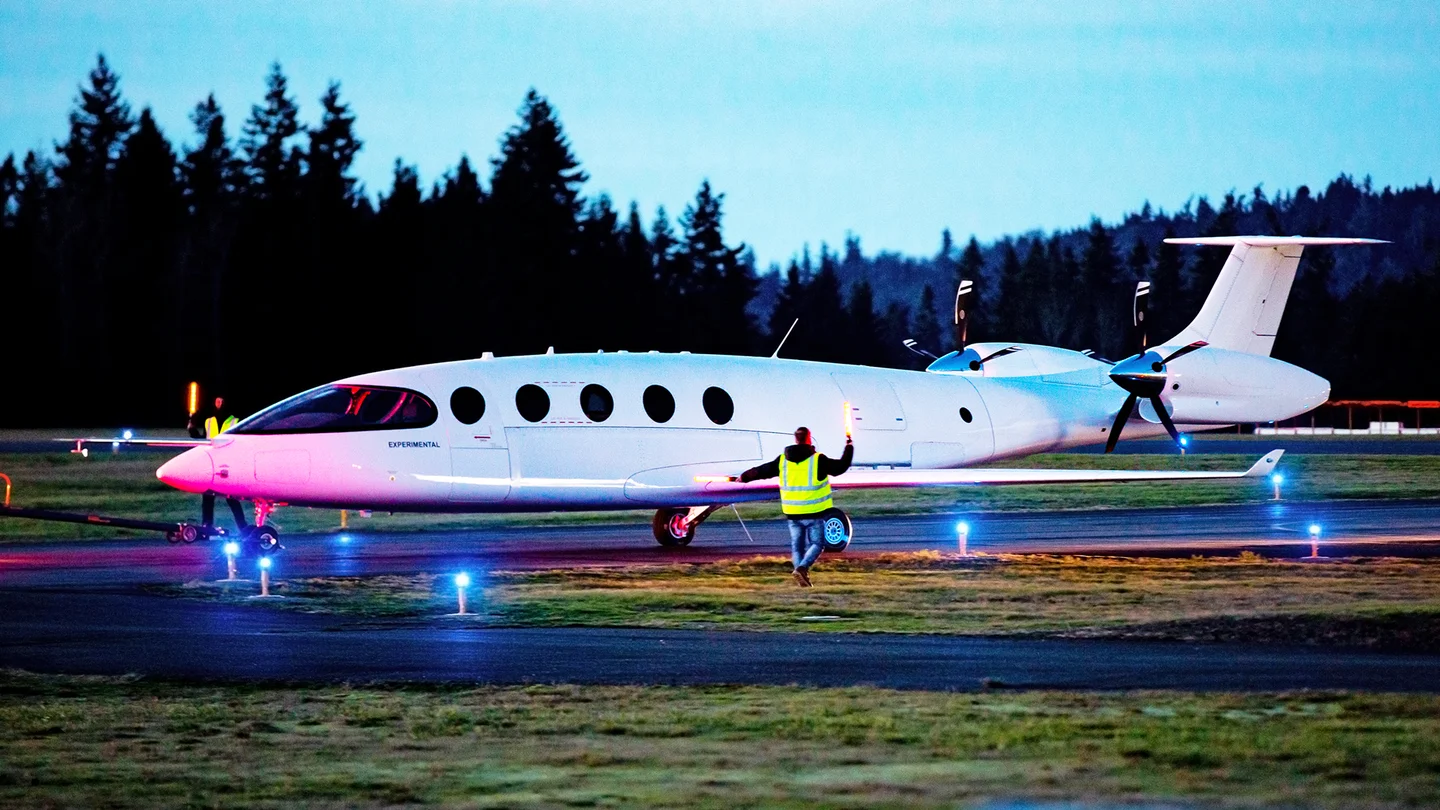 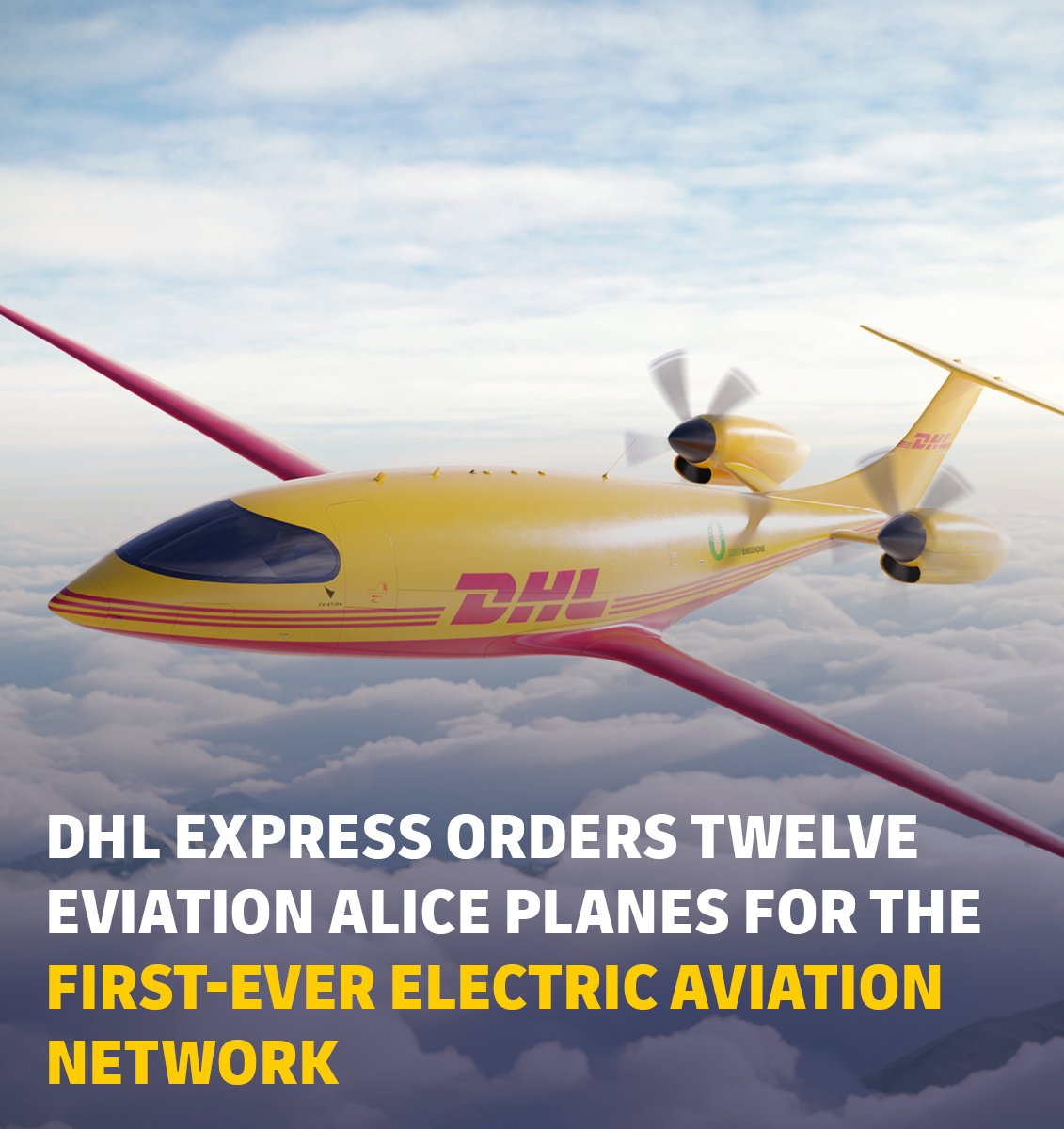 gggGary said:
A "needs new battery" Nissan Leaf was up for sale pretty reasonable locally a few weeks ago. Thought about that some.
Click to expand...

I wrote, in one of these electric vehicle threads, about a mechanic that found a need and filled it. He opened a garage that specialized in older Nissan Leafs, who’s batteries had expired. I can’t remember now if Nissan simply didn’t offer replacement batteries or the cost was more than the car was worth. But this mechanic had found substitute batteries that he would then adapt to the cars. He had a thriving business going until, can you guess? A lithium battery fire burned down his business with a bunch of customers cars inside.

I think the IC engines use as we know it is doomed. It has to fade away sooner or later. Their is only so much crude oil in the earth. It's not limitless. The green movement is not really a bad thing for use. Less gas burned in cars and trucks more for old bikes and such.
What will happen is as more and EVs go into use the demand for gas will keep going down, less demand will hold or reduce price as companies try to maintain volume to stay profitable. At some point there will be only 1 or 2 companies making some sort of gas then price will go up.
EVs have that battery problem. Very dirty to build and very dirty to dispose of. Also generating electricity has to get cleaner. EVs just shift the point of pollution from point of use to point of creation for the energy to run them. I think Mother Earth gave us oil as a stop gap measure to get us to the final solution.
I feel there will be enough gas of some sort available for me to ride my XS2 as long as I am able.
Make no mistake EVs are coming.

It's still in the lab, but lithium/air batteries are showing promise. Twice the energy potential of lithium/ion's. Link.

I could see having a small electric motorbike at some point. Do any of you guys watch Fortnine videos? I love them. Very, very well done. Check this out regarding electric motorcycles. I thought this was very accurate, especially as I has just recently seen for the first time the electric Harley when I first saw this video last summer.

Yeah, love Ryan's videos. I'd forgotten about that episode. He makes really good points in it. Building 20- 40 thousand dollar electric motorcycles isn't really the way to mainstream 'em is it...
Todays tech limits will get you an in town daily commuter. No one pays 30k for an in town daily commuter bike. Kinda like hiring Lorenzo Cain to shag tennis balls for you.

We have just bought a Mercedes A250e PHEV (plug-in electric hybrid). The blurb tells us that it will do forty four miles on a charge. What they don't mention is that this reduces by about a third as the ambient temperatures drop. As a result the best range we have had so far is thirty one miles.
Whilst the above is disappointing most of our journeys are local so the only down side is having to re charge a little more often.

The up side is that the car has covered 850 miles and is averaging 118 m.p. (imperial) g. and continues to improve the more we use the electric motor.
The other upside is that when 'the management' isn't in the car Sport mode can be engaged and both electric and petrol motors provide motive power.

Overall my experience is positive but IMO the main downside of going full electric is the time to recharge. This would be OK if you only operate within the range of the battery but otherwise it's a hassle I wouldn't accept. Also in the UK the number of chargers is a limiting factor.

I'm sure that as the battery technology continues to improve there may well come a time then recharging will take a similar time to a fossil fueled vehicle. Whether I will still be here to see that is a moot point.

The other consideration I have is where all the electricity to power the vehicles and, no doubt, other industries is going to come from?
The good news is that fusion power is only about ten years away...but they have been saying that for the last forty or so years!

If you think fusion is going to save your world you'd better be young.
https://www.world-nuclear.org/infor...d-future-generation/nuclear-fusion-power.aspx
Last edited: Jan 29, 2022

The Mecham Las Vegas auction just ended, electric motorcycles don’t age very well. What do you suppose that Brammo sold for when new? And I’ll bet the battery is shot too. Which classic would you rather own? 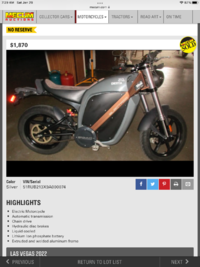 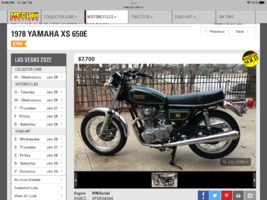 "Now that the big automotive advertisers are making EVs, you will see far fewer articles about EVs catching on fire."
--Elon Musk

I have a friend in the autobody/paint business. We had the conversation over the weekend. He told me a damaged electric car can not come into a building where repairs and paint are performed. It can not be parked among gasoline powered vehicles. Due to these restrictions, it also becomes a security problem because it needs its own secure space. He did not elaborate on solutions though he eluded to most places not taking them in. This is an issue that had not previously crossed my mind.

jetmechmarty said:
I have a friend in the autobody/paint business. We had the conversation over the weekend. He told me a damaged electric car can not come into a building where repairs and paint are performed. It can not be parked among gasoline powered vehicles. Due to these restrictions, it also becomes a security problem because it needs its own secure space. He did not elaborate on solutions though he eluded to most places not taking them in. This is an issue that had not previously crossed my mind.
Click to expand...

Yeah, never considered that either. I wonder if that's a company policy... or local/state/fed. regulation?

jetmechmarty said:
I have a friend in the autobody/paint business. We had the conversation over the weekend. He told me a damaged electric car can not come into a building where repairs and paint are performed. It can not be parked among gasoline powered vehicles. Due to these restrictions, it also becomes a security problem because it needs its own secure space. He did not elaborate on solutions though he eluded to most places not taking them in. This is an issue that had not previously crossed my mind.
Click to expand...

Spose it's todo with lithium battery fire? Most electric cars have a rather big not hard to find battery disconnect.
But yeah if the battery case is at all damaged (you know like a damaged gas tank) it would need to be removed.
Overall seems safer than gasoline. jus' say'n 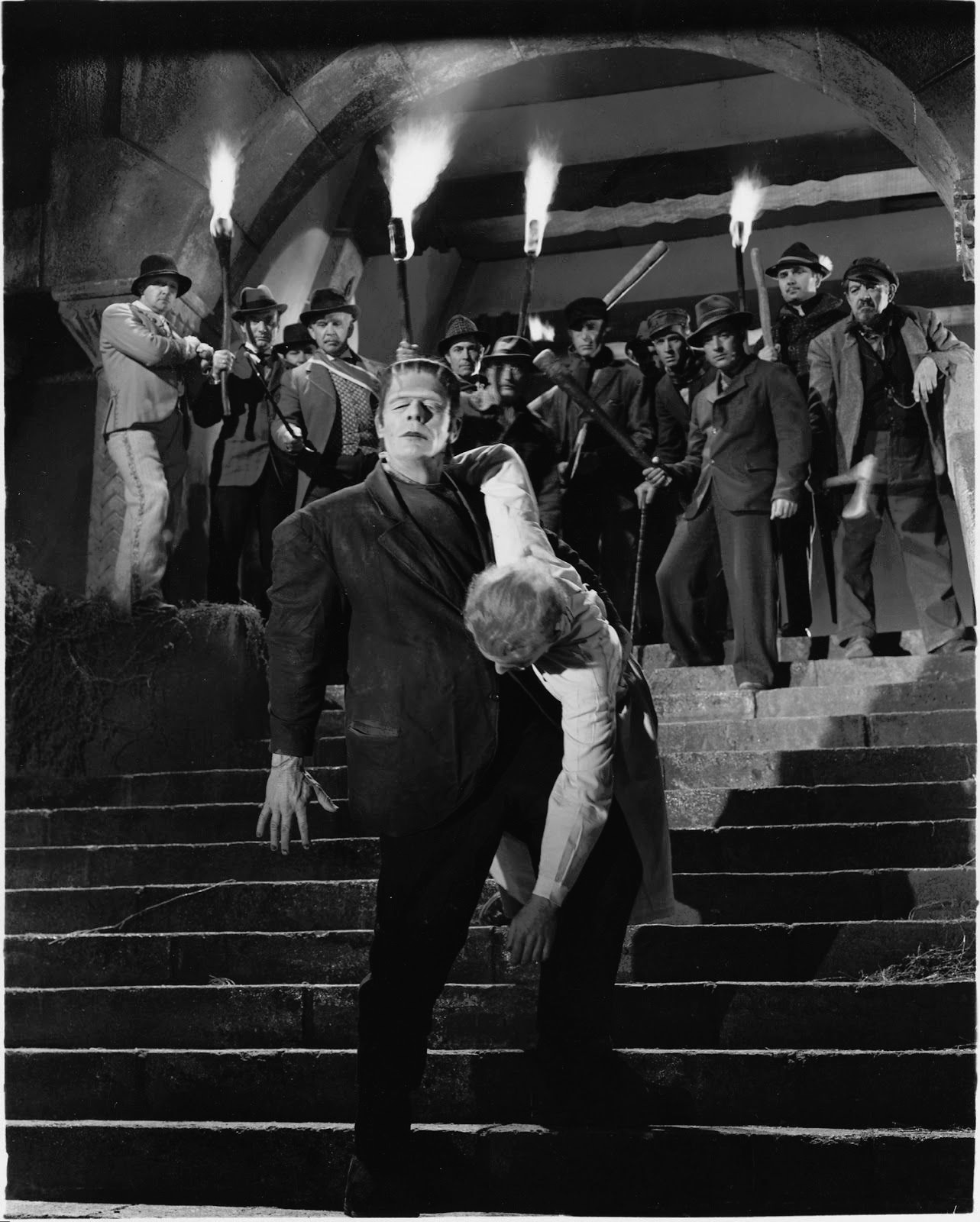 Some background on the battery availability issues

Looks like it's more a "lack of training" issue. Found this.

"Al Thomas, department head of Collision Repair at Pennsylvania College of Technology, stresses that high voltage batteries (300 volts or more) can kill a technician who has not disarmed the high voltage system properly. "

"A technical tsunami is flooding the repair industry with cutting-edge vehicle advancements. If you’re not training on new technologies and materials, you’re falling behind."

Jim said:
Yeah, never considered that either. I wonder if that's a company policy... or local/state/fed. regulation?
Click to expand...

It could be as simple as having more than enough work on traditional automobiles and unwillingness to deal with the alternate technology. I'm grabbing at straws here, but coming from my source, and your link, it looks like there is an issue that will probably be dealt with over time.
Share:
Facebook Twitter Reddit Pinterest Tumblr WhatsApp Email Share Link
Top