o-ring (or other) replacement for 74-75 speedo damper?

Ordered sticky back rubber strip (1mm) and some sticky back foam strip 2mm thickness and 3mm thickness from eBay. Replacement M5 pillars 13mm stainless and 15mm plastic. The plastic is a bit thicker but still seems to fit in its place. The standard pillar is 12mm. A box of 10 12V, 4W bulbs (they are BA9 if anyone needs to look them up).

My tacho was no good and both the pillars and the damper were missing on that side. (The likely reason for internal disintegration of the gauge and the poor performance of the gauge, despite being mechanically repaired twice.) Loss of magnetism? 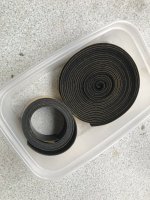 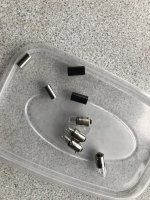 Filled in the gusset / fillet in the gauge holder with 2mm foam double thickness. 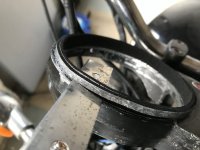 Used a blade to trim to the surface. 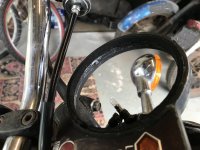 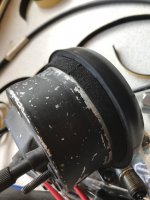 Used the 2mm foam on the circumference of the gauge. I had some deeper 3mm foam on order but it hasn't come yet. (Its Bank Holiday here) 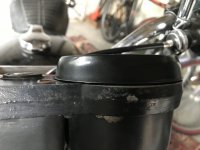 Inserted the gauge and it was about 2-3mm proud with no pressure but about 1mm proud when the dome nuts on the back cover were tightened down.

The gauge stands about a millimetre proud and is spongy when pressed down and less so when pressed side to side (but there is some give).
Did the other gauge. One of the Y shaped tangs on the back cover was damaged so that side hasn't got a perfectly even 1mm gap on that side. But you wouldn't know unless it is pointed out and the clocks are secure.

The dampers weren't as expensive as I thought https://yambits.co.uk/xs650-clock-damper-p-56105.html

Edit: the 1mm rubber was the first thing I found and ordered but after more careful consideration I found and ordered the foam. As usual lots of bits left over for my stash. (if anyone wants pillars get in touch) (sorry Yambits. Love and you and all. )
Last edited: May 3, 2021

Here's how to fix a broken trip meter reset knob. Idea stolen from this thread:
http://www.xs650.com/threads/simple-broken-odometer-reset-knob-hack-pure-win.37572
by forum member OdysseusXS. 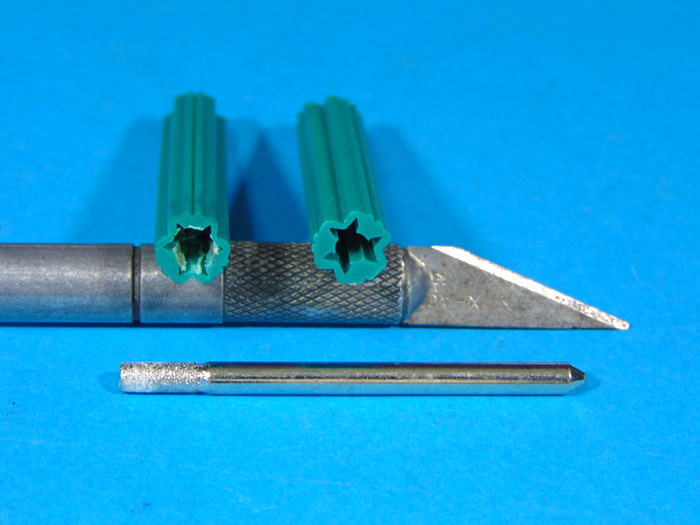 These green plastic masonary anchors probably were free left-overs from some fixture that I bought. I use an extremely small Dremel bit to grind away two of the three internal "teeth" on the left anchor. 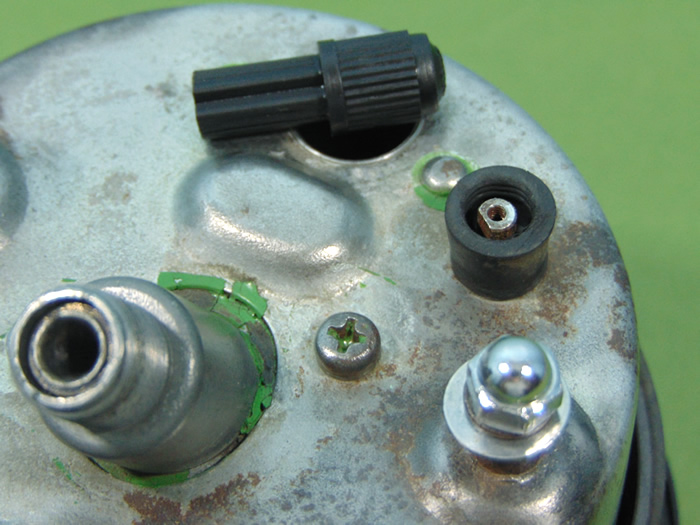 The intact third tooth engages the keyed shaft on the reset mechanism. I trimmed the anchor to length, and epoxied on a black plastic tire valve stem cap.

I used SEM color coat to change the green anchor to black. This is the best spray-paint for plastic, period. 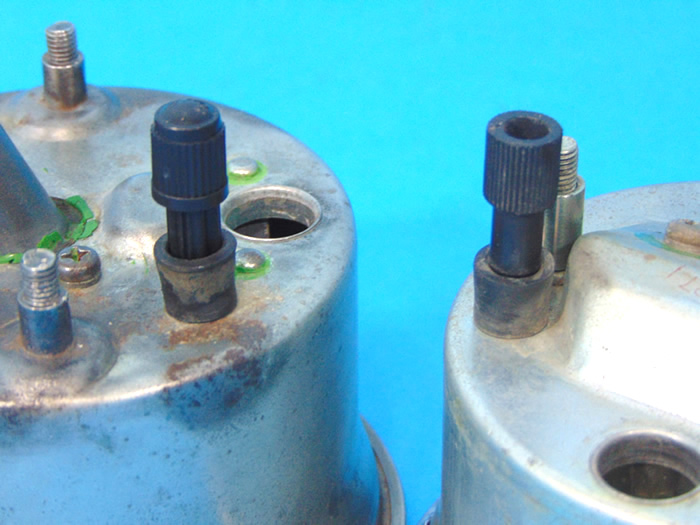 The replacement knob compared to an original knob. 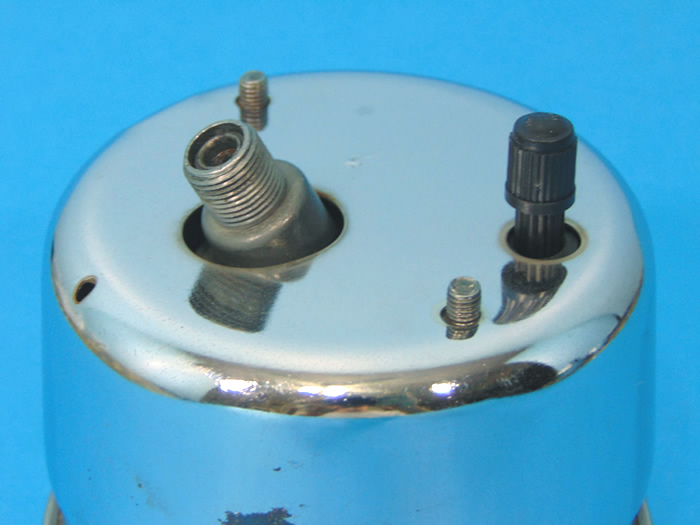 I just found this thread while searching for '75 type damper rings.
Mine have turned to a nasty sticky mess.
A veritable gold mine of information on '74 and '75 instruments and how to repair them.
Many thanks to all who contributed