Apologies to members here who might be from Texas, but............ this is in Texas so not surprising! 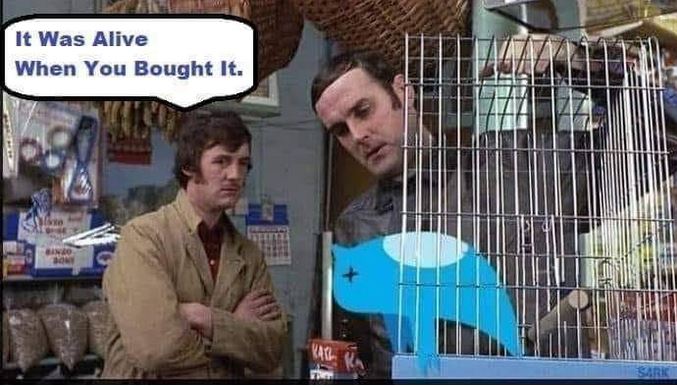 Before completing his purchase of Twitter, Musk announced in May that his $44 billion offer for the company was “temporarily on hold pending details” of Twitter’s estimate that no more than five percent of its users were “bots.” As Twitter and Musk feuded over his offer to buy the company, the Tesla CEO suggested that as many as 20 percent of Twitter accounts could be fake and pledged that he would lead a crusade against “bots” which would “succeed or die trying”

When Musk acted as a self-appointed envoy between Russia and Ukraine, the billionaire displayed at least a dim understanding that the polling feature could theoretically be gamed when users voted down his proposal for a peace deal. “The bot attack on this poll is strong!” he replied to one fan as Twitter users panned his idea.

But his attitude towards the feature has changed as the results have affirmed his own preferences for how to run Twitter. When his Twitter polls indicated support to reinstate suspended accounts and bring back Trump, Musk sanctified with blurbs of Latin claiming “the voice of the people is the voice of God.”

What happens when you learn to code and get laid off anyway?

Nobody ever gave a shit when I was sent packing, and I can guarantee you I never had anything remotely close to the severance and job opportunities these people have.

I think tech has jumped the shark anyway and has long since passed the point where it was making life better. It has become a tool for subjugation and domination. I have to deal with people and opinions in the real world that I often don't like ( REALLY don't like) and I suck it up for the good of society. These people who think the sky is falling could use their God given abilities such as judgement, discernment, discrimination (in the useful, non-racist sense) and simply ignore the people and opinions they disagree with. The drive for censorship is a far greater threat than somebody's hurt feelings.

MacMcMacmac said:
What happens when you learn to code and get laid off anyway?
Click to expand...

Don't reach age 30 and keep your mouth shut and you won't be laid off.

kshansen said:
Apologies to members here who might be from Texas, but............ this is in Texas so not surprising!
Click to expand...

If you meant that sit down, it took place in California. Texas is truly the finest place in the world. Half the state hates me but I still stand up for it.

Captain Americas Easy Rider Bike up for Auction. Or is it....